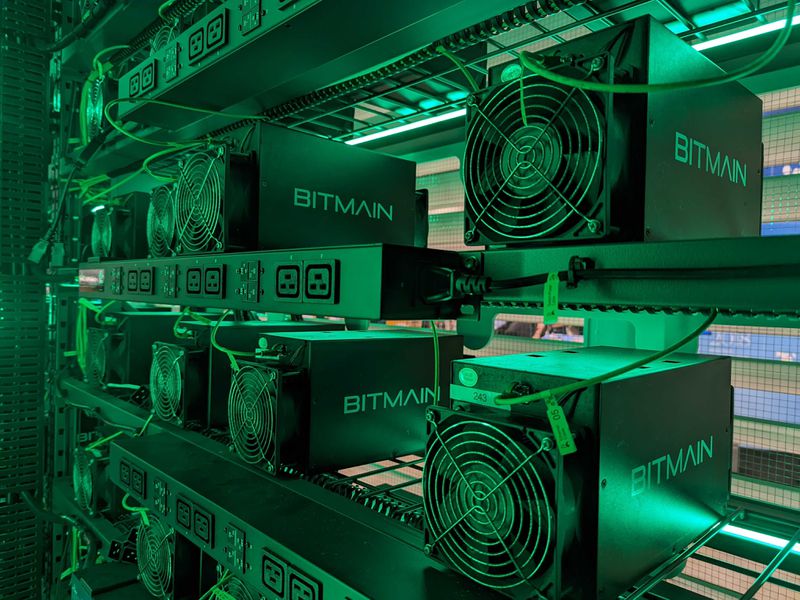 The difficulty of mining bitcoin (BTC) is expected to grow by around 9% on Wednesday as miners in North America begin ramping up production ahead of the cooler months.

It will be one of the biggest upticks since August 2021, when miners began to come back online after the industry was banned in China, which at the time was home to 44% of mining activity.

So far this year, the network difficulty’s highest increase was in January (9.32%).

This time, the metric will grow by around 9% to reach around 31 trillion, according to estimates from Bitrawr, Coinwarz and Luxor’s Hashrate Index. That’s very close to the metric's all-time high of 31,25 trillion on May 5, according to data from mining pool BTC.com.

Analysts speaking to CoinDesk agreed the uptick in the hashrate and difficulty are a result of more and newer machines coming online, as well as the waning impact of heatwaves.

The hashrate of the Bitcoin network dropped in mid-July as miners in North America powered down during heat waves that swept through the continent. Besides requiring a large amount of energy to run their computations, mining rigs produce a lot of heat during their operations, which means companies need even more energy to cool them down.

But during these same hours, demand for energy across the grid also spikes, as people and businesses turn on their air conditioners. In some energy markets, miners can sell power back to the grid, thereby making more money by turning off their machines than they would by earning crypto.

Some industry insiders, including Vera of Luxor, say that we could be seeing the start of a new seasonal trend in bitcoin mining. Prior to China’s ban on the industry in May 2021, the hashrate would increase during the rainy season in Sichuan from May to October, when miners in the country would take advantage of low-cost hydroelectricity.

As many miners have since moved to Texas, bumping their energy consumption in the state to about 1.5 gigawatts (GW), where temperatures run hot in the summer, the opposite trend might emerge. “Network difficulty drops in the summer months, with sharp increases occurring in the fall and winter months as miners come back online,” Galaxy Digital wrote in its mid-year mining report, released last week.

Simultaneously, in the last month new technology has been deployed across facilities. “A lot of machines have come online in the last month, increasing bitcoin's seven-day average hashrate from 210 EH/s to 226 EH/s (a 7.6% increase). This increase comes from miners plugging in new models, like the Antminer S19 XP, which miners began receiving in batches starting in July,” said Colin Harper, head of research and content at Luxor Technologies.

However, older-generation machines coming online in other countries also increased the hashrate: “When bitcoin price fell in [the second quarter] of this year, many miners in North America and Northern Europe unplugged their mid-generation machines. They then began the shipping process to low-cost regions such as Venezuela, and those machines are starting to get plugged in,” Vera said.