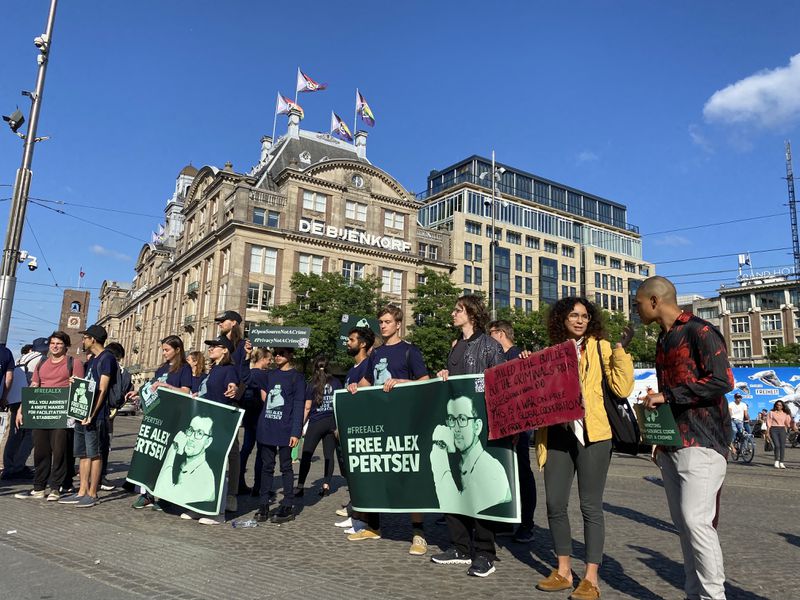 The wife of Alexey Pertsev, the web developer arrested in Amsterdam over ties to the Tornado Cash crypto mixing protocol, dismissed speculation that her husband had links to the Russian secret service after allegations surfaced of his connection to a cybersecurity company blacklisted by the U.S. Treasury.

Xenia Malik denied claims suggested in a Thursday blog by financial-crime analysts Kharon, that the developer was involved in espionage because he worked for the company, which the U.S. government had linked with the Russian secret service, the FSB.

Pertsev's arrest on Aug. 10, just days after the U.S. Treasury sanctioned Tornado Cash, has caused consternation among the coder community, who worry they may be held liable for any open-source software they develop. Pertsev was arrested on the orders of the Netherlands’ FIOD, the authority responsible for financial crime.

“Alexey has never been associated with the FSB of the Russian Federation and similar organizations,” Malik told CoinDesk Friday. “We moved to the Netherlands in the hope of a quiet, stable and free life, which is unimaginable in military Russia.”

On Wednesday, judges ordered Pertsev to be held in jail for a further three months pending a trial, following FIOD allegations that he had facilitated money laundering through Tornado Cash. No formal charges have yet been levied.

In a statement published Friday, the Dutch public prosecutor referred to a "suspicion that the accused, along with others, allowed the origin, destination and ownership of more than 1 billion [euros ($1 billion)] worth of criminally obtained cryptocurrencies to be disguised” using Tornado Cash. Malik has denied those claims.

On Aug. 8, the U.S. Treasury's Office of Foreign Assets Control (OFAC) linked the protocol, which can be used to ensure the privacy of transactions on the Ethereum blockchain, to significant money laundering and North Korean hackers.

Online sources reviewed by CoinDesk appear to confirm that Pertsev previously worked for a company called Digital Security, which offers services such as penetration testing, a kind of security audit for checking how robust a system's cyber defenses are. The firm, also known as DSec, is said by Kharon to be that sanctioned in November 2018 by OFAC, which cited links between the company and Russian spies.

A January 2018 article on Russian business news site Vedomosti quotes Pertsev commenting on North Korean crypto scams, while a video of a presentation Pertsev apparently gave while working for Digital Security shows him standing next to a slide displaying the company logo and his official contact information. The Dutch public prosecutor did not respond to requests for comment on the Kharon allegations.