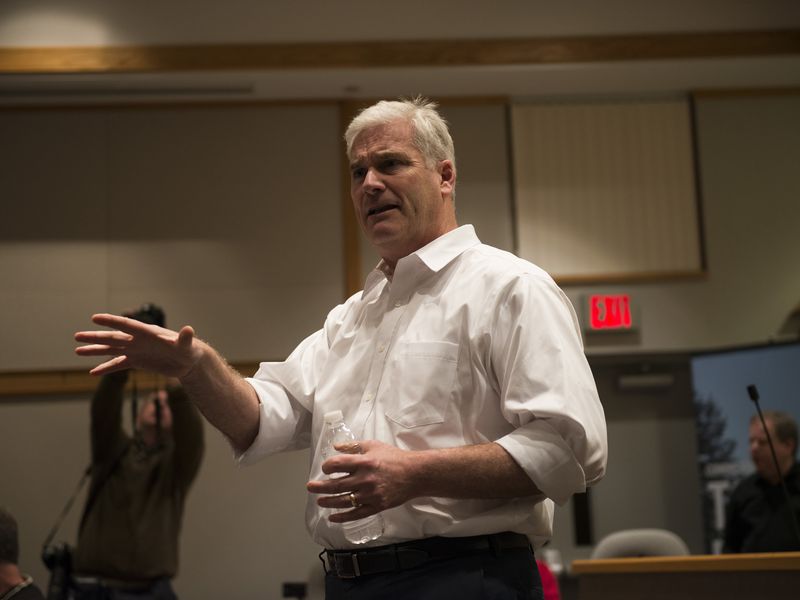 The U.S. Treasury Department’s sanctioning of the Tornado Cash cryptocurrency mixer was an unprecedented move threatening privacy and innovation, according to one U.S. member of Congress. And he thinks Congress should start asking questions.

“I'm totally opposed to OFAC looking at this,” said Emmer. “My problem is that this software is controlled by code, not by any person or entity. So if you think about it, the sanctioning of Tornado Cash is an unprecedented shift in the Office of Foreign Asset Control in their sanctioning policy.”

“Their primary priority is protecting the United States national security,” he added. “So I think our role – Congress – can be most effective in inquiring with OFAC to find out if they believe the sanction addresses are controlled by people, not code, and what this means for privacy rights and innovation.”

The ban on Tornado Cash is driving internal debate on Capitol Hill regarding what regulatory agency should be responsible for oversight of cryptocurrencies, according to Rep. Emmer. He said government agencies now are “not doing the job they were assigned to do.”

When it comes to digital assets, it should be the job of Congress to define “what qualifies or fits the definition of cash, commodity and or a security,” and which agency should be responsible for regulating each, said Emmer.

The coin mixer’s sanction sent shockwaves across the industry, and reignited concerns about privacy and the use of open-source tools.

Congress now needs to get its “act together,” according to Emmer.

Emmer used the broadcast to once again slam the Securities and Exchange Commission (SEC) for what he considers overreaching its authority.

He said the SEC is not "staying within their lane," using its position as more of a "shakedown authority." Emmer pointed to requests for information and subpoenas the agency has sent to crypto companies, including companies who believe they do not fall under the agency's purview.

With only 28 legislative days left this year, “it’s unlikely that any crypto legislation is going to move,” Rep. Emmer said, referring to bills clarifying which U.S. regulatory agency should oversee the cryptocurrency market. However, it’s “highly likely” next year the crypto community could finally get some sort of regulatory clarity, “so we hold not only regulators accountable, but they know what their lane is.”