Digital Euro to Focus on Personal Use, Not Web3, EU Officials Say 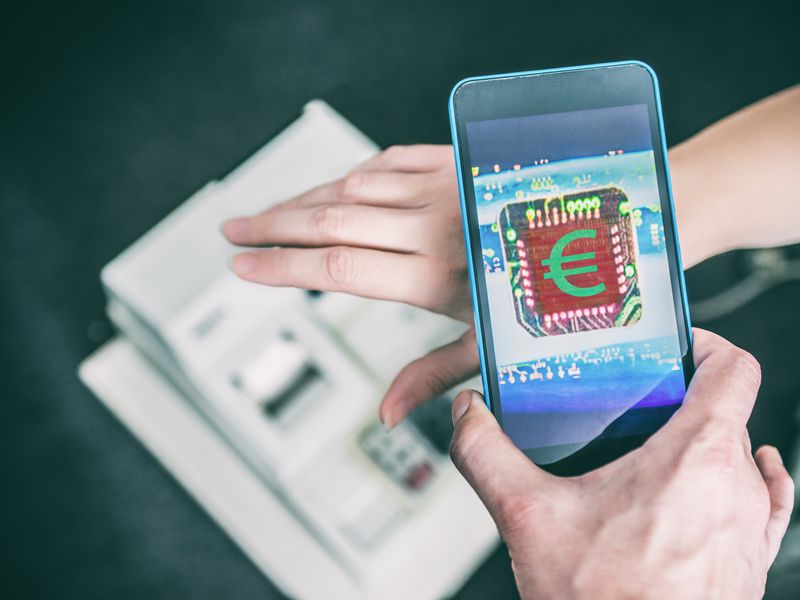 A retail digital euro will, in the first stage, only enable payments initiated by people, rather than allowing businesses to settle invoices, issue paychecks or be used in decentralized finance, European Union (EU) officials said Wednesday.

The bloc has not yet taken a decision on issuing a central bank digital currency (CBDC), or even whether it would use bitcoin-style blockchain technology. But a bill to enable the digital alternative to banknotes and coins is due to be published early next year.

“We have singled out, for the first release of the digital euro, three use cases,” said Evelien Witlox, digital euro program manager at the European Central Bank, at an event hosted by the European Economic and Social Committee, a body that advises the EU government.

The three immediate applications will be peer-to-peer payments that enable transactions among family and friends; consumer-to-business payments in physical or online stores; and payments to or by governments, she said.

Other potential uses of the CBDC – including the payment of wages, settlements among businesses, payments initiated automatically by machine, and the functionality required to support decentralized finance – could still be considered in a later phase, Witlox said.

“Whether or not blockchain will be used as a technology is currently not in the investigation phase,” she said, adding that officials would first consider the requirements of the system to be secure and have sufficient throughput. “Technology should not drive the functionality.”

Officials at the central bank still have to decide where they stand on issues like how transactions with a digital euro will be settled and intermediaries be compensated before finalizing the start of development in September of 2023, Witlox said.

Officials at the European Commission, which is responsible for proposing the draft laws that could underpin a digital euro, want the CBDC to be future-proof and able to fit with Web3 – but appear to agree there’s no rush to do so.

“A digital euro needs to meet new payment needs…. we need to also be open and adjust and cater for those [Web3] users,” said Jan Ceyssens, head of the digital finance unit at the commission, at the same event.

While decentralized finance applications “are more trends which may be expected to take room in the future … they are not the reality today,” Ceyssens said.

Yet the industry has warned the ECB’s step-by-step approach could jeopardize the whole plan. Some earlier CBDC projects fell through when they didn’t improve the status quo in which people can easily pay via cash and card, said Jonas Gross, chairman of the Digital Euro Association, a think tank specializing in CBDCs and other forms of digital money.

“A digital euro needs to have clear advantages and use cases,” Gross, whose organization is supported by companies such as Ripple and Circle, said during the same event. "It’s not sufficient from my perspective to say it’s used for peer-to-peer payments [or] for e-commerce payments ... it has to do something better than currently existing payment methods."

Figures published by the International Monetary Fund last week suggest that about 97 countries are researching, testing or deploying a CBDC.