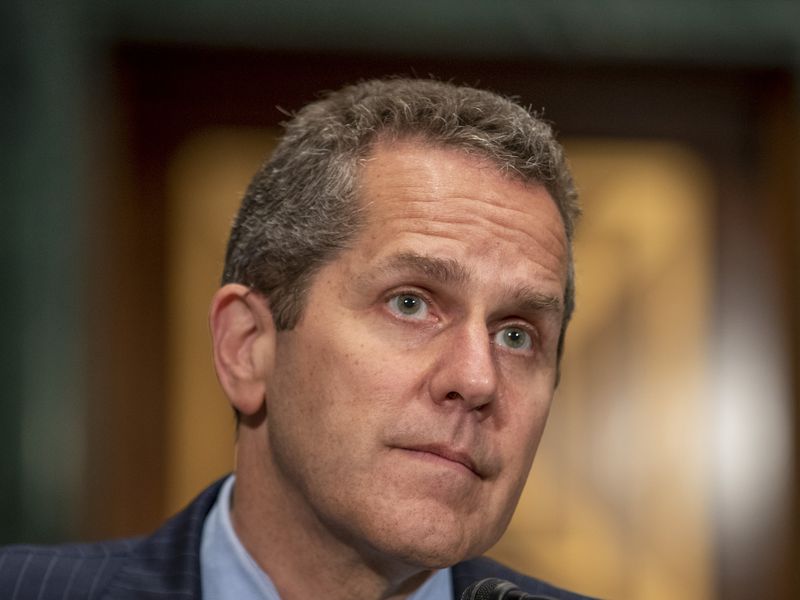 The Fed will work with other bank regulators to oversee any crypto activity that banks engage in, Barr said at a Wednesday Brookings Institution event in Washington. Barr, appointed by President Joe Biden, is widely expected to be a tough regulator of Wall Street banks. It’s been less clear what his view on digital assets will be, considering he once worked in the industry, holding a position on Ripple’s advisory board.

"We plan to work with other bank regulatory agencies to ensure that crypto activity inside banks is well regulated, based on the principle of same risk, same activity, same regulation, regardless of the technology used for the activity," Barr said. "I plan to make sure that the crypto activity of banks that we supervise is subject to the necessary safeguards that protect the safety of the banking system as well as bank customers."

Barr also highlighted stablecoins as "a priority" for the new Fed official, referring to these types of tokens as "unregulated private money." Stablecoins are digital assets designed to maintain a peg with a real-world asset like the dollar.

“Congress should work expeditiously to pass much-needed legislation to bring stablecoins, particularly those designed to serve as a means of payment, inside the prudential regulatory perimeter," he said.

The one-time senior official at the U.S. Department of the Treasury has a wide-ranging authority as the Fed’s point person for overseeing and regulating financial firms. In the Fed’s case, that mostly means bank holding companies, but it also has a role in supervising nonbank financial firms that are considered large and complex enough to pose a threat to the rest of the system if they were to collapse. It’s possible that cryptocurrency companies will someday fit that mold.

The Federal Reserve published guidance last month detailing how it would evaluate non-traditional banks’ applications for Fed master accounts, something a handful of crypto companies have actively sought over the past year.While the vice chairman is technically subordinate to Fed Chair Jerome Powell when it comes to managing the central bank’s agenda, Powell has made it clear in past remarks that he intends to defer to Barr on oversight matters.

In the coming years, the Fed will be involved in deciding how the government treats stablecoins such as Tether’s USDT and Circle Internet Financial’s USDC. It’s also expected to decide whether to issue a digital dollar – a move with major potential consequences for the crypto industry. Barr’s academic work has painted a central bank digital currency (CBDC) in a positive light, suggesting it could boost the government’s financial inclusion aims.