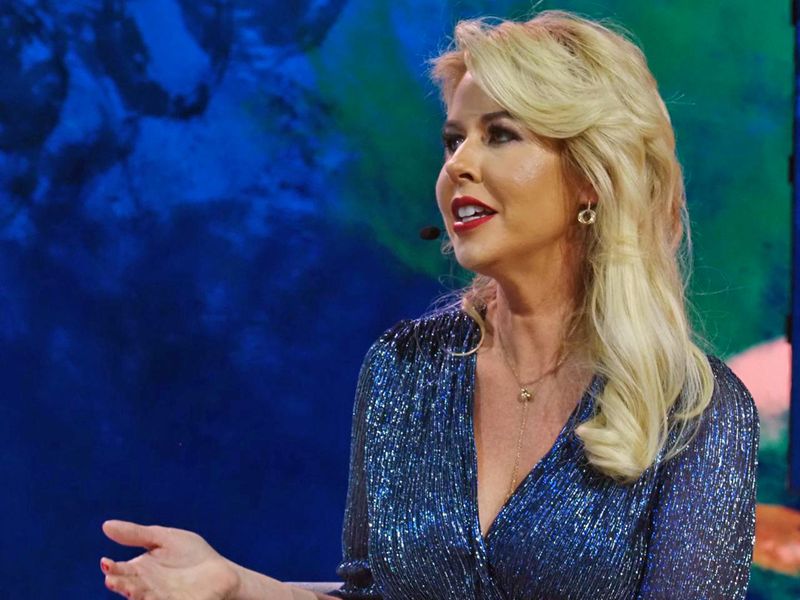 Michelle Bond – one of the most prominent cryptocurrency advocates in this year’s U.S. congressional races – lost her bid to be the Republican candidate for her New York district.

Bond, who secured less than 30% of the vote in the Tuesday election, runs the Association for Digital Asset Markets, one of the groups pushing a crypto-friendly agenda in Washington, D.C. Despite heavy industry support, she joins several other crypto-friendly candidates to lose in congressional primaries as the consequential midterm elections head toward their conclusion later this year. Republican Nick LaLota will fight Democrat Bridget Fleming for the House seat in the November general election.

Had she won the Republican-leaning district in eastern Suffolk County, Long Island, Bond’s chances would have been good to survive the general election to make it to Congress next year. The House will likely be considering legislation in the next session that could fundamentally change how digital assets fit into the U.S. financial system.

Though it’s her day job, crypto was never an outward focus of her campaign. Instead, Bond embraced the politics of former President Donald Trump, courting support from his son, Donald Trump Jr., as she touted the mainstays of the “Make America Great Again” movement. Her anti-abortion, tough-on-immigration, pro-police stance didn’t tend to highlight her views on the future of finance.

It was great to be with our friends @DonaldJTrumpJr and @kimguilfoyle for dinner in my district #NY01 last night.

We talked about what a disaster the career politicians have been for our economy, security, and families.

Time for a change! pic.twitter.com/qC4Thqwc2r

As in some other campaigns during this primary season, such as congressional candidate Carrick Flynn’s very expensive loss in Oregon, the crypto industry’s wagers on Bond led to disappointment.

By early this month, Bond recorded a significant $1.1 million in campaign contributions. Though about $800,000 of that came from her own pocket, according to federal campaign filings, more than $300,000 was donated by other individuals, including a list of prominent crypto and finance names – among them, several executives from FTX and related Alameda Research.

That's no surprise for somebody working for a crypto advocacy group, but also because Bond's boyfriend and regular companion on the campaign trail is Ryan Salame, the co-CEO of FTX Digital Markets. (He's known to be a major contributor to Republican politics, as his $15 million in donations to his American Dream Federal Action political action committee reflect – seemingly at odds with the Democratic support of FTX CEO Sam Bankman-Fried.)

Other Bond supporters – largely from outside her district – included Daniel Gallagher, a former commissioner at the Securities and Exchange Commission who is chief legal officer at Robinhood (HOOD); several executives from Multicoin Capital, and a number of lobbyists and lawyers.

New York’s 1st Congressional District seat was vacated by Republican Rep. Lee Zeldin when he ran for New York governor. Bond easily out-raised and out-spent her chief Republican contender, but LaLota had the support of more traditional Republicans in Suffolk County. He will also be listed on the ballot as a candidate of New York's Conservative Party.

Tuesday’s primaries in New York and Florida were among the last of the state-by-state contests, which will end next month. The midterm general election is Nov. 8, and the result will decide which party controls Congress.