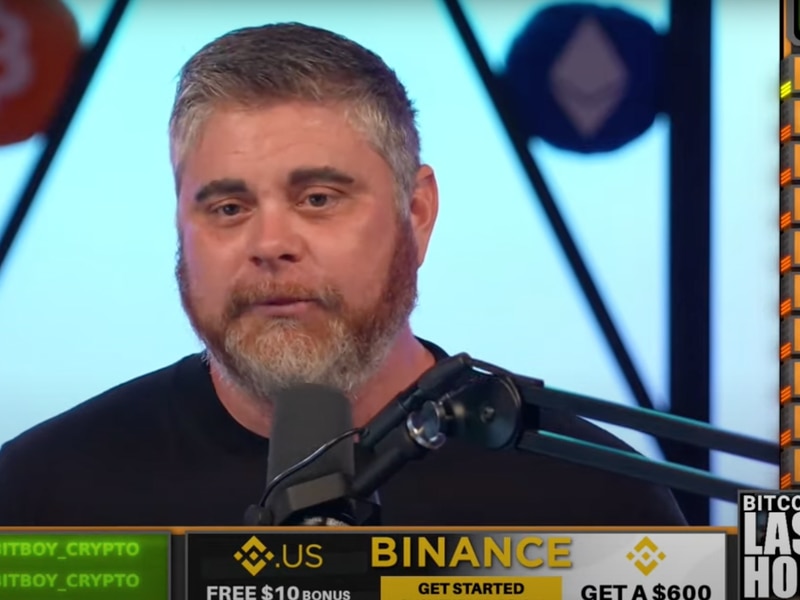 Popular crypto YouTube personality Ben Armstrong, a.k.a. BitBoy Crypto, said in a livestream Wednesday that he is dropping his defamation suit against fellow crypto-focused content creator known as Atozy.

Armstrong had filed suit against Atozy (real name Erling Mengshoel, Jr.) for allegedly defaming him in a Nov. 8 video titled “This Youtuber Scams His Fans… Bitboy Crypto.” When court watchers dug up the suit it spurred an uproar over Armstrong’s business practices.

He said the suit was an attempt to defend his reputation against a video that he said insinuated he will be investigated by the SEC. “I’m not suing someone over their opinion,” he said.

“I didn't understand that my name is now so big that if I file a lawsuit it would be found and be made public,” Armstrong said. The suit had presented Armstrong as emotionally distressed over the video. In his livestream he said he had wanted it removed.

Addressing the alleged crypto rugpull he allegedly “knowingly” promoted, Armstrong said the project he reviewed was not the one that went live, and that he lost money in it along with his followers. He said the channel changed its approach to sponsored content after the fracas.

Armstrong said he had emailed his lawyer about pulling the lawsuit shortly before going on air.