As SEC Leans on Enforcement to Regulate, Crypto Lawyers Study Every Word 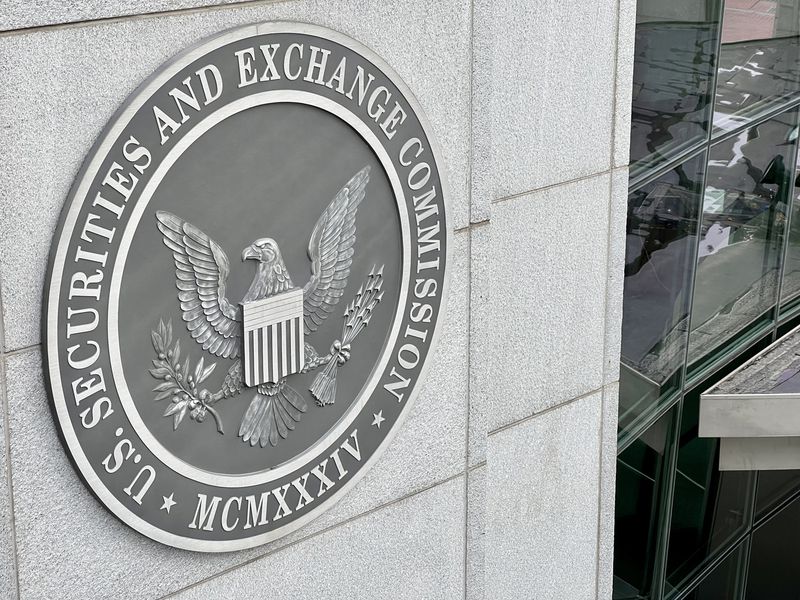 What makes a crypto token a security? It’s the central question plaguing the industry, and while the U.S. Securities and Exchange Commission isn’t volunteering an answer, the agency has showed some of its hand in enforcement documents crypto lawyers are studying like scripture.

A complaint against a company selling an alleged unregistered security this week – Dragonchain and its DRGN token – follows on the heels of a more expansive document last month in which the agency spent dozens of pages explaining how AMP and eight other cryptocurrencies should be registered securities. This stream of enforcement language offers a rudimentary guide for other companies wary of the same finding, according to interviews with several industry advisers.

The stakes are high, because any token that’s a security would need to be registered with the SEC and be traded on regulated exchanges – an infrastructure that doesn’t really exist, yet.

The agency is often accused of trying to regulate the digital-assets sector through the contours of how it punishes crypto companies. The SEC reinforced that notion when it used the innards of an insider-trading case against a former Coinbase (COIN) manager to tell the world that the tokens the insider and his associates were allegedly trading are, in fact, securities.

The notice had two immediate effects: Crypto platform Binance.US dumped the trading of the first one on the list, AMP, and industry lawyers began combing through the text of the SEC complaint to learn more about how the agency is interpreting securities laws for crypto.

“The lack of a clear and comprehensive regulatory framework in the U.S. is one of the biggest obstacles to this industry’s development,” said Dario de Martino, a partner at Allen & Overy.

The agency keeps regulating by enforcement, he said, but at least the Coinbase complaint “provides further insights into the SEC’s view.”

You can’t have securities fraud without securities. For the SEC to move against an issuer, it first has to make a legal argument that a token is definitely a security, as it did in the Dragonchain action on Tuesday.

The Seattle-based company was targeted for its sale of dragon (DRGN), an initial coin offering (ICO) that was first pushed several years ago and that raised more than $16 million.

The SEC set out a claim that the firm made the case that the assets would increase in value and corralled online influencers to encourage investments. Those are hallmarks in the SEC’s view of tokens that are operating as securities without being registered and providing investors with the information they need.

Dragonchain countered the SEC’s position in a document posted online in May, which the company offered up again this week.

But the agency also affixed the securities label a few weeks ago on the nine tokens central to its case against former Coinbase product manager Ishan Wahi, who pleaded not guilty to related criminal charges. What’s unusual there was that the SEC argued the tokens were illegally unregistered securities – a status disputed by some issuers – but didn’t formally accuse the firms behind them of wrongdoing.

The companies are wondering what’s next, as are the platforms they trade on. And because the document is only an initial complaint, and not a more fleshed-out legal brief or a judge’s ruling that could come later, the lessons lawyers take remain broad.

Still, there are some factors common among the examples, according to crypto’s legal advisers. The tokens’ developers or founders typically retained significant stakes, they designed the assets to appreciate over time, and they took actions in the hopes their coins would grab gains on secondary exchanges.

Expecting a profit is a key component of the so-called Howey test, which refers to a U.S. Supreme Court case that set the definition for what makes an investment contract. The SEC has often pointed to Howey as the standard by which it assesses whether cryptocurrencies are securities, though other laws could also be used.

Crypto lawyers tend to think the SEC is misinterpreting Howey – famously based on investments in an orange grove. The oranges themselves – which the attorneys equate with the digital assets – aren’t supposed to be securities, but the SEC incorrectly says they are, the lawyers contend.

“The SEC enforcement division is a big army of lawyers,” said Patrick Daugherty, who leads the digital asset practice at Foley & Lardner and who is set to teach crypto classes at Cornell University. “Even if you think they're wrong, you have to pay attention to what they do.”

He noted that Ripple has been fighting the SEC on this point, that XRP is not the unregistered security the agency contends. But Daugherty said Ripple has a war chest, which is needed for such a legal scuffle.

Despite his belief that today’s commission is overstepping the bounds of its legal authority, Daugherty said, “You have to be pretty rich to take that position when you're dealing with the SEC.”

The SEC’s nine are Flexa’s AMP, rally (RLY), the Rari governance token (RGT), derivaDAO (DDX), XYO, LCX, powerledger (POWR), DFX finance (DFX) and kromatika (KROM). In a statement shared with CoinDesk, a Flexa spokesperson said the company was “not contacted by the SEC” before the complaint and has “significant questions about the conclusions regarding AMP.”

By failing to directly accuse the issuers in an enforcement action, the regulator left them in limbo. Because an exchange where securities change hands needs to also register with the SEC, the platforms where those tokens trade have to ask themselves whether the agency is looking at them as unregistered exchanges.

Exchanges in the crosshairs

Coinbase may be the most prominent exchange to handle some of the tokens, but others traded on platforms, including KuCoin, Uniswap, DigiFinex and Bitget. SEC Chairman Gary Gensler has already stated his belief that Coinbase needs to register.

"The SEC is deeming nine tokens to be securities," Jaret Seiberg, a Washington-based analyst with Cowen wrote in a research note. "That would suggest Coinbase and other platforms need to be registered as they are trading tokens that are securities."

However, he continued, the SEC has let this happen for years without acting, and so that lack of enforcement could also be read as a "tacit acceptance."

And how will its reasoning about what makes a security play in court?

“I've analyzed a lot of different tokens,” said Joe Hall, a New York lawyer at Davis Polk who works with a number of major crypto firms. “There are usually arguments to be made on both sides” when deciding whether they may be considered securities, and he said that’s what the complaint against the former Coinbase manager is lacking – the “understanding of how they’ve weighed the contrary factors.”

Because the nine tokens were among many more that the SEC decided not to call securities in its insider-trading case, the agency may have dismissed some of those as outside of its jurisdiction – as it’s done openly with bitcoin, backed by a federal judge’s ruling in 2018 that the original cryptocurrencies are commodities.

Until the regulator explains why it didn’t name the other tokens as securities, it will be hard to nail down an understanding of the weight it gives each factor, Hall said.

“There's no broader analysis of all relevant facts and circumstances,” Hall said.

The SEC said it’s bringing on a flood of new lawyers, but not to write policy. Some 20 new enforcement lawyers were set to arrive to help the agency bring cases against crypto companies, which may further the SEC’s enforcement fences around crypto companies.

Meanwhile, several U.S. legislative efforts seem to be bent on shifting the balance of industry oversight into the authority of the SEC’s much smaller sister agency, the Commodity Futures Trading Commission. The SEC may have its territory scaled back by future laws, though the bills aren’t expected to clear Congress any time soon.

And the U.S. banking agencies are also moving to clarify their own reach into crypto – or at least the way their regulated lenders interact with the digital assets. The Federal Reserve offered more clarity this week about how bankers need to seek a sign-off from the regulator before doing anything with cryptocurrencies.

However, unless other U.S. financial agencies seize the sheriff’s badge – or have it thrust on them by Congress – the SEC remains the most influential authority.