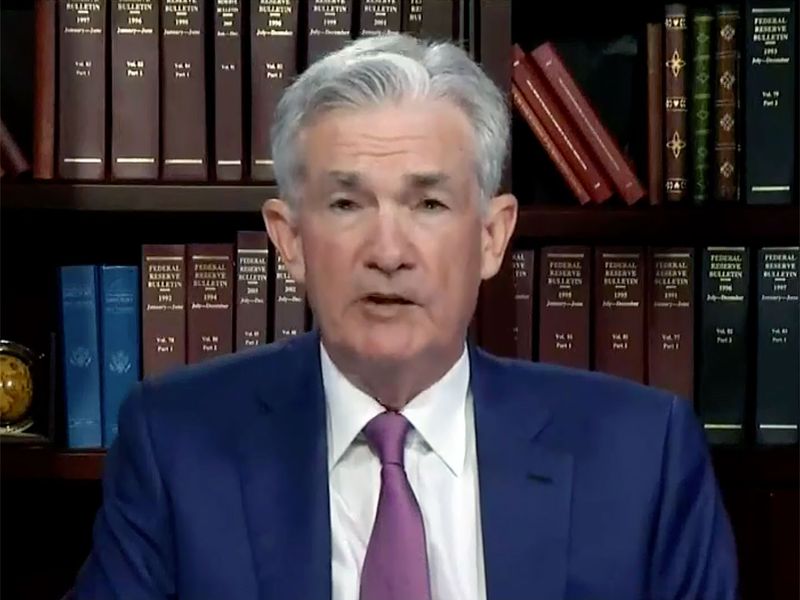 Crypto investors have been wounded so badly from recent market declines that they can be forgiven for desperately hoping U.S. Federal Reserve officials attending their annual gathering in Jackson Hole, Wyoming, dangle something – anything – positive about the months ahead.

Bitcoin (BTC) has gotten slammed this year, down 53% in value since New Year’s Eve, according to CoinDesk data. Ether (ETH) has done a hair worse, plunging 54%, though its price recently doubled in the last month amid excitement about the upcoming overhaul of its underlying blockchain consensus protocol known as the Merge.

The carnage in crypto is largely about interest rates, or, more specifically, the Fed’s campaign to tamp down inflation by dramatically hiking them. The importance of inflation to crypto was underscored Friday when bitcoin sank 11% after minutes from the rate-setting Federal Open Market Committee’s (FOMC) July meeting showed central bankers weren’t quite as optimistic about inflation as first perceived by markets – a sign interest rates might have to rise even more.

More hawkish comments from Jackson Hole, where the conference runs from Aug. 25-27, could continue the plunge in crypto assets. The broad fear among investors, both crypto and conventional, is that the Fed’s tightening campaign risks driving the economy into a recession. U.S. Treasury bonds – one of the world’s key markets – appear to bolster that concern. Short-term bond yields currently exceed longer-term ones, a yield curve inversion that tends to happen before the economy contracts.

Yet, central bankers and most economists insist that the U.S. economy is not in a recession, and that a soft landing – bringing inflation down without causing a recession – is very much a possibility.

This disconnect has rattled both the crypto and stock markets in recent weeks. Both rallied briefly after Fed Chair Jerome Powell’s last speech in July, which most analysts perceived as dovish. However, prices retreated following the slightly more hawkish FOMC minutes.

So the stakes in Jackson Hole are high for Powell and his colleagues to provide clarity for the markets.

“I’m looking forward to seeing if Powell can straighten the market out,” said David Wessel, a senior fellow in economic studies at the Brookings Institution and former Wall Street Journal economics editor. “At a time when the Fed’s public forecast is at odds with the market, he knows that this is his chance to steer the markets.”

Prices in interest-rate futures markets show traders seeing a possibility the Fed will have to undo some of its tightening next year by cutting rates, though central bankers have said multiple times that expectations of rate cuts are “definitely premature.”

This not only shows that there is a strong mismatch between market expectations and Fed statements, but that traders may have a credibility issue with the central bank.

Read more: It Doesn't Matter If They're Wrong, Central Bankers Set Guidance for Crypto, Too

“If the Fed continues to shrink the balance sheet, then basically they’re serious about inflation,” said Dick Bove, chief financial strategist at Odeon Capital Group. “If they don't do that, it doesn't matter what they say – they're not serious.”

The Fed promised to reduce its almost $9 trillion balance sheet in June, but only started the process a little over a week ago by selling Treasury bonds. But both Treasurys and mortgage-backed securities are supposed to be sold by the central bank. Bove sees an issue with the latter.

“I believe [the Fed] will shrink Treasurys but I am very wary about what they might do with the mortgage-backed securities because they could set off a collapse which would be as big as 2008,” he said, referring to the last big recession.

New home sales dropped sharply in July and exceeded expectations widely, a report showed Friday, reflecting the effect of the Fed’s interest rate hikes on the housing market. Some economists predict that the worst is ahead, given that inventory is likely to continue rising, which will lead to further declines in home prices in the near term.

That outlook, however, could be positive for crypto, pressuring the Fed to be more dovish, which would result in a weaker U.S. dollar and therefore a stronger crypto market, Joshua Lim, head of derivatives at Genesis Trading said. (Genesis is owned by Digital Currency Group, which also owns CoinDesk.)

Brooking’s Wessel says that the market isn’t “stupid,” and knows that the Fed is going to reduce mortgage-backed securities, but that the question is whether they will try to do more.

“The focus will more be on short-term rates,” he said.

Powell knows that traders will expect the Fed chair to give clear guidance on where the Fed stands on inflation and recession fears, but markets won’t likely glean what FOMC members plan to do in September.

“I think everybody will be looking for hints, so whatever adverb he uses will lead some people to think 50 or 75 basis points. But I think he will try to avoid giving hints,” Wessels said. “I think they're trying to wean the markets off this forward guidance, this thing that everything has to be clear before” FOMC meetings.

Bove agrees and said that the Fed will double down on its belief that inflation is the biggest threat and can only be tamed by increasing rates.

“I think that they keep their mouths shut a little bit more and they just do what needs to be done,” he said.