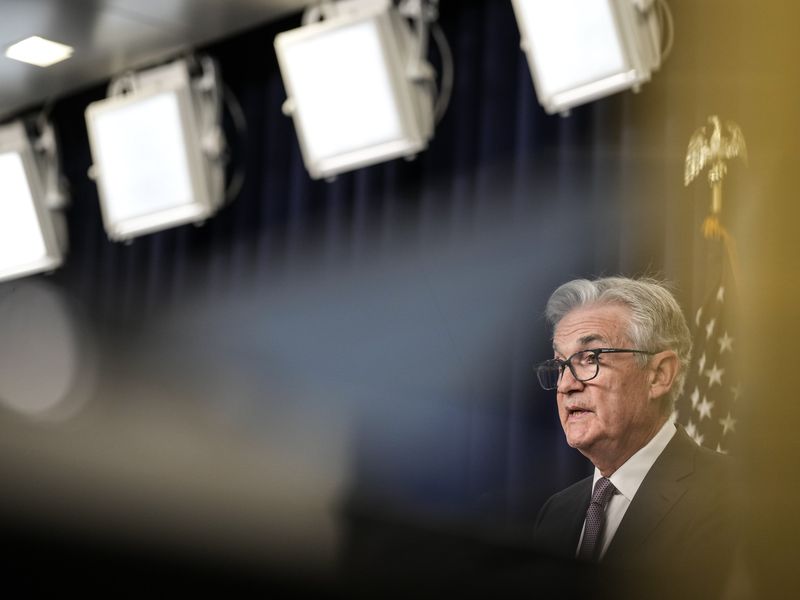 With the global economy teetering and markets in turmoil – the recent crash of the British pound and bond market being the latest examples – central banks are facing an acute dilemma they haven’t dealt with for a long time: choosing between price stability – tightening monetary policy to keep inflation from spiraling out of control – and financial stability – keeping financial markets from seizing up.

The U.S. Federal Reserve has pledged to keep hiking interest rates until inflation returns closer to the bank’s target of 2%. But that might mean the nearly unthinkable prospect of pushing the financial system into the kind of serious, panic-level trouble reminiscent of the global financial crisis and the Covid pandemic.

Historically, the Fed has made it a priority to come to the rescue of financial markets because after all, the U.S. central bank was formed in the early 20th century with the goal of reducing the threat of bank runs. The Fed’s price stability mandate – though implicit throughout the bank’s history – wasn’t explicitly put into law until 1977. Might the Fed prioritize inflation over market stability this time around?

“The general thesis is whenever the United States economy gets in trouble, or the financial system is stressed, that the Fed can print money and solve the problem and we don't have to worry about anything,” said Dick Bove, chief financial strategist at Odeon Capital. “But I think what we’ve learned is that you can’t be doing what we’ve been doing.”

“They’re not going to give up the American economy with massive inflation just so Wall Street can be happy,” he added.

Seeing the panicky meltdown in its country’s bond and currency markets, the Bank of England on Wednesday took steps to restore stability, announcing its intention to buy as many long-dated gilts as necessary in order to halt the shocking rise in rates over the past few weeks.

Though not selling off in as breathtaking fashion as the U.K., U.S. bond yields have also climbed sharply, with the 10-year Treasury yield briefly touching 4% on Wednesday, the highest level in more than a decade.

With a long road still ahead for Fed Chair Jerome Powell and his colleagues to bring the current inflation level of 8.3% back to near its 2% target, U.S. markets could get a lot worse. Might the Fed need to do a pivot a la the Bank of England and return to outright purchases of bonds?

Bove isn’t so sure. “The general thesis is whenever the United States economy gets in trouble, or the financial system is stressed, that the Fed can print money and solve the problem and we don't have to worry about anything,” he said. “I think what we’ve learned is that you can’t be doing what we’ve been doing.”

Bove believes the U.S. is at a “transitional point” at which the old playbook – the Fed aggressively easing policy to paper over a crisis – won’t work anymore. He predicts that if the Fed starts printing money to help the markets, inflation will take off “like a rocket.”

Beth Ann Bovino, chief U.S. economist at S&P Global, said the Fed seems to be willing to put markets through some short term pain in order to get to long term stability.

“It's hard to know what the Fed is thinking during these times, but to me, my impression is they certainly don't want to have a global market meltdown,” she said.

For their part, Fed officials keep reiterating that they won’t pivot to easier policy because of shaky markets and the recent dot plot shows continued rate hikes into 2023. Market participants aren’t so sure, with a glance at the Fed Funds futures market showing no rate hikes priced in for all of 2023 (no rate cuts are priced in either).

“It could be that they’re talking the talk,” Bovino said. “Part of this is kind of forward guidance, trying to get markets to agree that they plan to do something like this, and they want to be credible.”

The Fed’s balance sheet footings remained stable at just under $1 trillion dollars until the global financial crisis in 2008 forced the central bank to more than double them to just over $2 trillion. There was a more dramatic bump during the Covid-19 pandemic when the Fed in very short order added another $3 trillion to its balance sheet with little more than a few keyboard clicks.

Assets on the Fed’s balance sheet eventually topped out just shy of $9 trillion earlier this year, and have slowly come down to $8.8 trillion at last check.

Many economists say it’s partly because of the central bank response to those two panics that the U.S. is seeing prices running at a four-decade high now.

As for Bitcoiners, they hardly need to be reminded that the original crypto came into being as a response to the bailouts of the global financial crisis. “Chancellor on brink of second bailout for banks,” read the message embedded by Satoshi Nakamoto in Bitcoin’s first-ever block (the Genesis block) in Jan. 2009.

“If they hadn’t been so stupid the way they did policy prior, then we would be in much better shape,” said Steven Blitz, chief economist at TS Lombard. “The equity market would never have gotten that high and the bond yields would’ve normalized a year ago.”

Meanwhile, on the fiscal side, U.S. public debt topped $30 trillion in 2021, now well above U.S. economic output (GDP was $23 trillion in 2021 and is expected to be about $25 trillion in 2022). The debt has been an ongoing issue for decades, but responses to the global financial crisis and Covid accelerated the trend.

“They just can't keep increasing debt,” Bove said. “At some point, you reach a point where the debt becomes so enormous that it just can't be paid back, the United States cannot pay back its debt.”

Bove said that investors appear to be betting that the Fed will stop tightening monetary policy if financial markets start to founder – similar to the Bank of England’s capitulation.

“They’re not frightened that the world is coming to an end,” Blitz said.