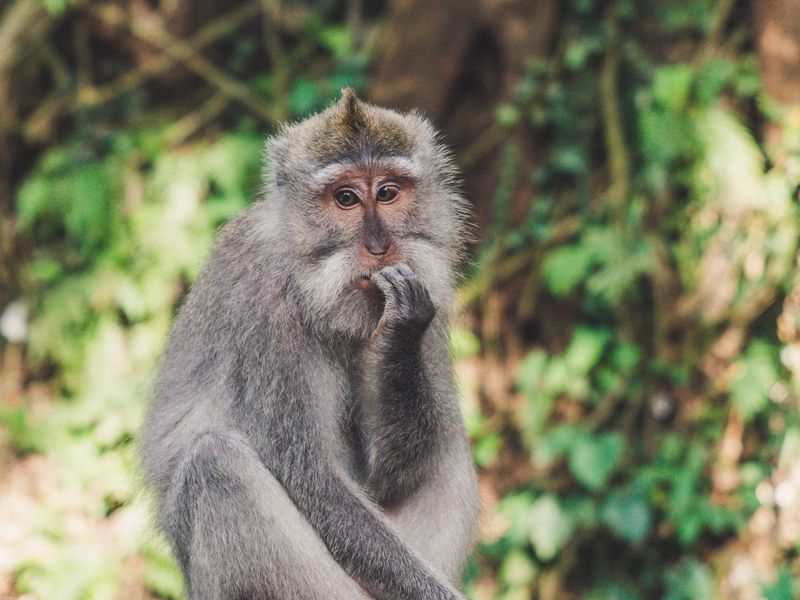 Global Macro: The macroeconomic calendar was busy, but didn’t appear to have a big effect on cryptocurrency prices. Germany’s unemployment rate of 2.9% matched estimates, while July import prices increased by 28.9%, slightly below expectations.

ADP employment data showed that private businesses hired 132,000 new employees in August, which was 50% below July’s figure and 60% below the average of the prior three months.

August’s number was the smallest gain since January 2021, indicating that the Federal Reserve’s policy of increased rates may be having a cooling effect on the economy.

Altcoins traded higher on Wednesday, with polkadot (DOT) increasing 0.55%, Polygon’s MATIC token up 3% and AVAX up 0.25%.

U.S. Equities: The S&P 500, Dow Jones Industrial Average and the tech-heavy Nasdaq Composite all traded down slightly on Wednesday, at least partly because of the tepid ADP jobs figure. The DJIA, Nasdaq and S&P 500 fell 0.9%, 0.6% and 0.8% respectively.

Commodities: Despite the larger-than-expected decline in inventories, crude oil prices fell 3% on Wednesday, while natural gas rose by 1.2%. Copper futures dropped for a third consecutive day, falling 1%, while the price of gold declined 0.9%.

Bitcoin traded 1.34% higher on Tuesday, but both technical and on-chain analytics imply uncertainty. BTC’s daily candle indicated an “inside day,” where the trading range is smaller than it was the day before.

An inside day can indicate lower price volatility as well as a lack of conviction among traders. The price range consolidation can also signal that prices are set to break out from their current trading range.

On-chain data shows that BTC funding rates remain negative, indicating that bearish investors are paying bullish traders for the right to be short BTC. Funding rates have been negative for 11 out of the last 12 days, signaling that bearish sentiment is dominant at the moment.

Glassnode’s MVRV Z-Score is an on-chain tool that measures an asset’s “fair value” to assess if the asset is overvalued (above 6.9) or undervalued (below 0.1).

BTC’s current Z-Score is -0.13, implying that prices are undervalued. Historically, BTC prices have moved higher following a negative score, but traders should be cautious to trade based on this metric alone.

Technical data shows that BTC is trading 5% below its "point-of-control" price of $21,132, dating to January. Point of control represents a “high volume node,” and is identified using the “volume profile visible range (VPVR) tool. The tool displays trading activity across price levels over time.

Point of control also represents a price level with substantial activity and agreement on price. It highlights areas of support or resistance.

In concert with an RSI (relative strength index) reading of 35 (above the overbought level of 30), traders may be expecting BTC to trade relatively flat in the near term, as BTC appears to be neither overbought nor oversold at the moment, with single-digit upside to its point of control.

Chartists are also likely interpreting conflicting signals. Bullish traders are likely viewing current prices’ proximity to the double-bottom formation that occurred in July, and in turn expecting a bounce higher. Bearish traders are potentially viewing the identical chart formation as a “head-and-shoulders" pattern, set to trade below $20,000 as its 10-period EMA continues to trend negative. 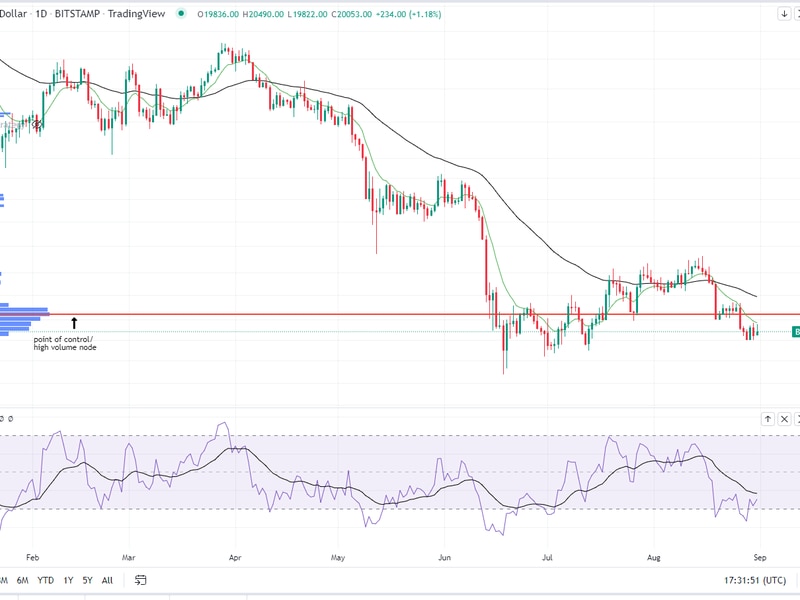