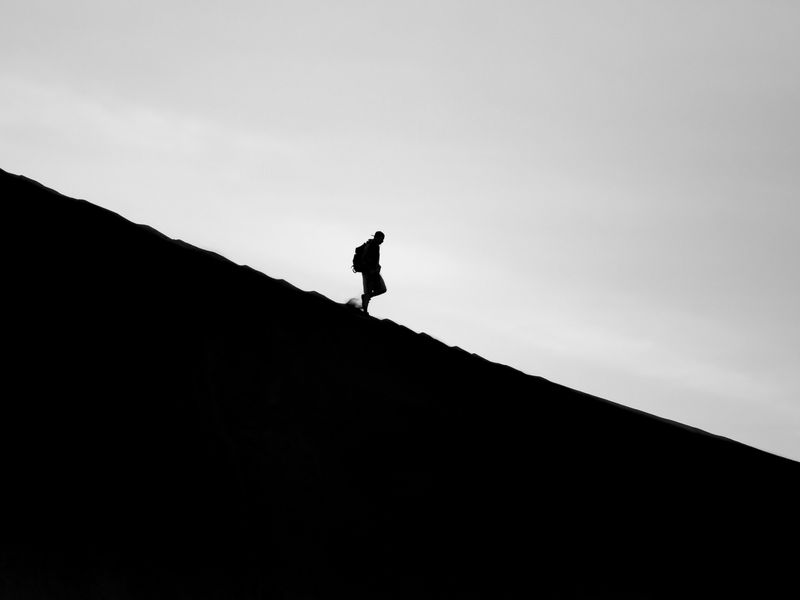 Bitcoin (BTC) and ether (ETH) both declined slightly on Friday, as investors digested the latest U.S. jobs report that showed the unemployment rate inched up slightly but not enough to change the tenor of the still hot labor market.

The U-6 unemployment rate, arguably a more comprehensive measure of unemployment, rose to 7% from 6.7%. The U-6 rate includes the unemployed and underemployed, as well as part-time workers who are marginally attached to the labor force, and attempts to account for those individuals overlooked by other labor indexes.

Historically, the U-6 rate is higher than the headline unemployment rate, because it takes more of the eligible labor force into account.

Manufacturing payrolls exceeded expectations with 22,000 new jobs versus an expected 18,000. Government payrolls increased by 7,000, down 85% from July’s increase and 65% lower than the expected 20,000. Average hourly earnings increased 5.2%, versus expectations of a 5.1% increase.

The impact to digital asset valuations revolves around the Federal Reserve’s stance on inflation and how that is affected by the economic data.

Traditional financial markets were down, as the Dow Jones Industrial Average and S&P 500 fell 1.1% and 1%, respectively. The tech-heavy Nasdaq Composite index declined 1.3%

Bitcoin’s price bounced between positive and negative territory on Friday. Following the release of U.S. jobs data, the price rose as high as $20,400 before retracing below $20,000 by midday.

The jobs report, solid by most accounts, doesn't appear to signal any change in the prospect for a rate hike by the Fed later this month. The labor market remains resilient, despite its slower pace of growth. The U.S. central bank has been weighing the strength of the labor market heavily in its interest rate considerations.

The increased unemployment rate likely stems from the corresponding increase in labor force participation, also a sign of economic strength.

As the Fed wrestles with monetary policy that tames inflation but doesn’t cast the economy into recession, bitcoin and other risky assets have traded relatively flat.

A look at BTC’s hourly chart shows the sharp uptick in prices during the 12:00 UTC hour, followed by a decline of greater magnitude during the day.

Overlaying Bollinger Bands on the hourly chart shows that BTC breached the upper range of its Bollinger Band following the data release and subsequently reverted to the lower band during the 17:00 UTC hour.

Bollinger Bands measure an asset’s average price movement and then calculates two standard deviations above and below that average. Prices breaching the upper or lower limit of their Bollinger Bands are often viewed as a signal that prices have moved too far in one direction.

As stated in Thursday’s Market Wrap, bitcoin appears to be poised to bounce above and below the $20,000 mark until a positive (or negative) catalyst pushes the price beyond its current level. 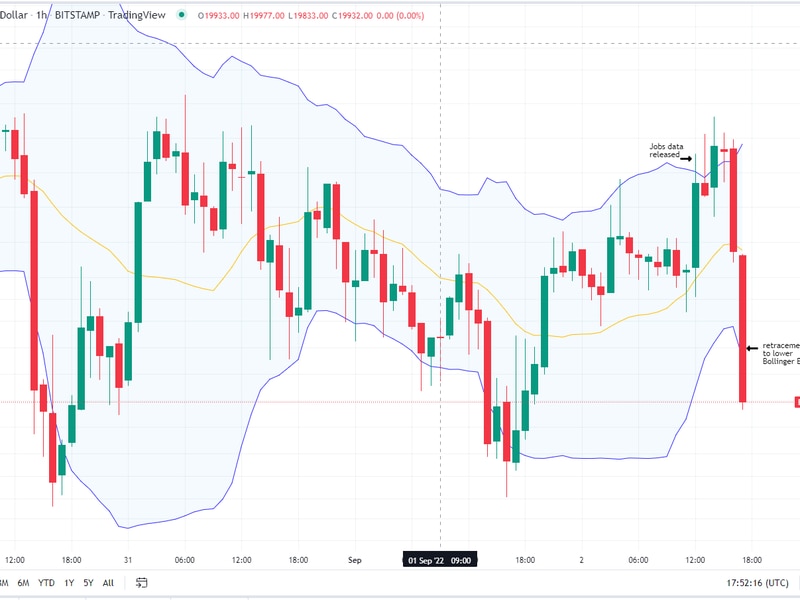