Market Wrap: Bitcoin Pauses Losing Streak but the Trend Is Still Not Bullish 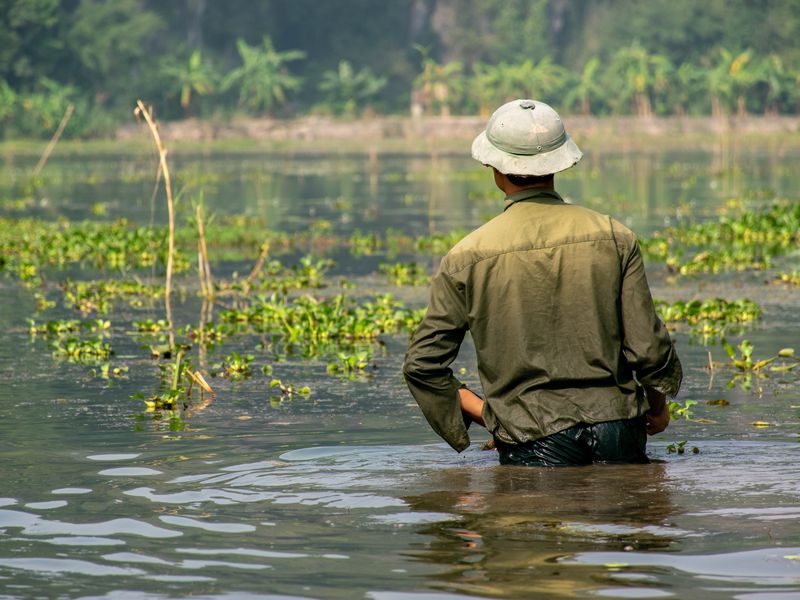 Ether’s (ETH) price rose 1.5% as the second-largest cryptocurrency by market capitalization, outperformed bitcoin. Altcoins were mixed, with EOS falling 7% while SOL and ATOM increased 0.1% and 4%, respectively.

In macroeconomic news, 250,000 Americans filed initial jobless claims for the week ending Aug. 13, falling short of expectations of 265,000. The four-week average for initial jobless claims dropped 2% to 246,750, falling short of forecasts of 257,000 jobless claims. The unexpectedly strong job figures offer the latest evidence the U.S. economy remains strong, even as other indicators show growth is slowing. Investors have been hoping recent U.S. Federal Reserve hawkishness will lick inflation without setting off a dramatic recession.

In line with the positive economic news, traditional markets were higher, with the tech-heavy Nasdaq index up 0.4% and the Dow Jones Industrial Average (DJIA) and S&P 500 up 0.03% and 0.3%, respectively.

In commodities, crude oil’s price rose 2% while natural gas’ fell 0.1%. Gold, the traditional safe-haven asset, recently fell in price by 0.2%. Copper, often called “Dr. Copper” because of its correlation with the overall health of the economy, was up 1.8%

Bitcoin has broken below its trendline and continues to trade below $24,000.

The decline in BTC’s ATR (Average True Range) shows the reduction in BTC volatility, despite this week’s downward price trend.

ATR is a market volatility indicator that measures the spread of the opening, high, low and closing price of an asset over time. An expansion of ATR indicates increased volatility while a contraction in ATR implies reduced volatility.

BTC’s current price moves cluster around a high-volume node when plotting prices against the Volume at Price (VAP) indicator. A “node” refers to a cluster of volume around a price level. The VAP allows users to view areas where prices have occurred the most over a period of time. High-volume nodes indicate areas of widespread agreement. Low-volume nodes, by contrast, illustrate areas where trades are less likely to occur. The VAP is used in the same manner as the Visible Range Volume Profile (VRVP) referenced in earlier Market Wraps this month.

High-volume nodes can also highlight areas where prices are prone to stay for extended periods, resulting in little overall price movement. They may signal that BTC is set to trade flat in the near future.

Overlaying this Tuesday’s Commitment of Traders (COT) report with today’s chart shows that speculators both small and large are in a holding pattern. Published by the Commodity Futures Trading Commission (CFTC), the weekly COT report provides a snapshot of positions held by traders in futures markets.

Since July 26, both speculator groups have shown little movement in their net positions. The market could be waiting for large speculators to add to their long positions as a sign BTC will rise again. 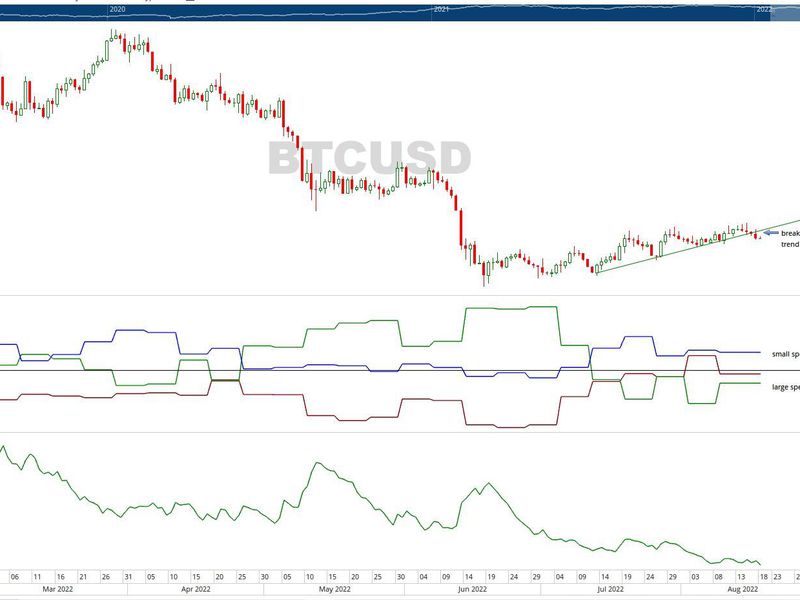 While bitcoin, the largest cryptocurrency by market cap, generates the most attention, ETH’s price movement continues to outperform. The ETH/BTC price chart highlights a 45% move higher since July 13.

The increase stems partly from investor anticipation of The Merge, which will shift the Ethereum blockchain from “proof-of-work” to a faster, more energy efficient “proof of stake” protocol. Market participants also expect the conversion to have a deflationary impact on ETH, reducing its supply. Historically, the reduction of an asset’s supply leads to a higher valuation.

The increase has occurred on moderate volume, and ETH’s 10-day exponential moving average remains above both its 20- and 50-day EMAs, an indicator of bullish sentiment.

“That ETH is the most pure play, generic way to express a ‘growth of blockchain’ theme, while BTC is now just a macro trade,” Dorman said. “Investors don’t care how blockchain succeeds, they just want to make money if it does – ETH gives exposure to smart contracts, [decentralized finance], Web3, [non-fungible tokens] and gaming. 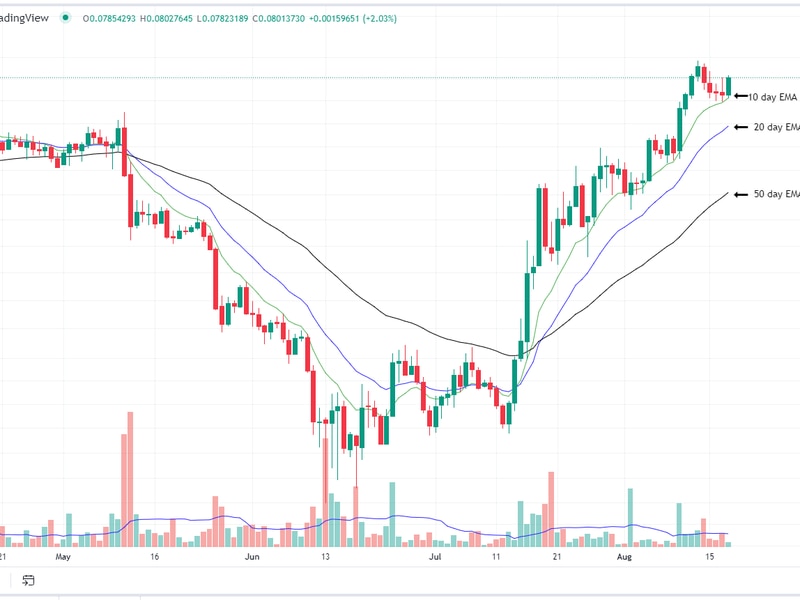 Filecoin is a blockchain project launched in 2020 to decentralize the data storage business, providing an alternative to industry giants like Amazon (AMZN) at nearly a thousandth of the cost.

At its core, the network connects storage providers with clients looking to stow their data. By offering storage space – ranging from extra capacity on desktop computers to large racks – and then running mathematical proofs to show that clients’ data is unaltered, providers can earn the network’s native FIL token as a blockchain reward.

Recently, activity has been increasing. According to a Messari report, active Filecoin storage deals between providers and clients surged 128% from the first quarter to the second quarter of 2022.

That has crypto analysts highlighting the incentive program offering storage providers 10 times the block reward that is linked to 99.7% of that growth – Filecoin Plus (Fil+) – and wondering whether it's sustainable.