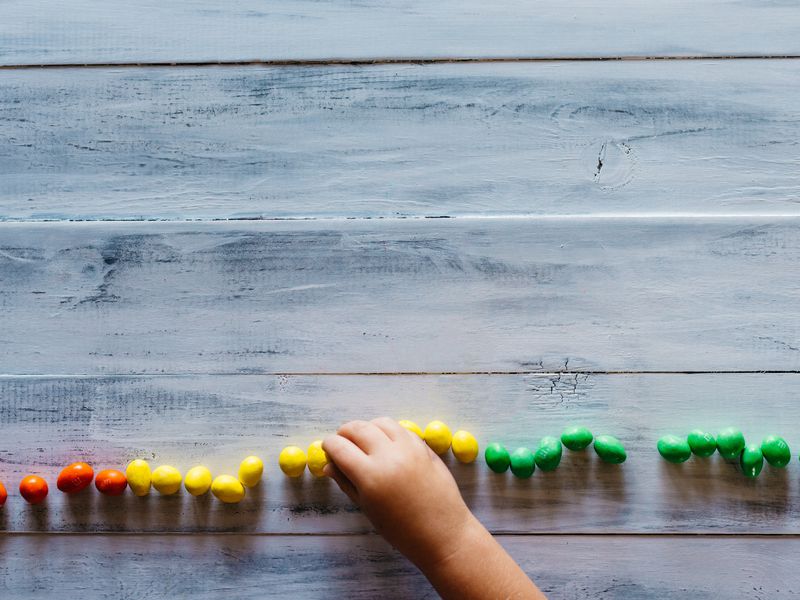 Markets appeared to still be digesting Federal Reserve Chairman Jerome Powell’s comments last week in Jackson Hole, Wyoming, although a lack of impactful economic data on Monday may also be contributing to the choppy trading.

Globally, markets will likely note Germany’s inflation data for August, which is scheduled to be released on Tuesday. Expectations are for an 8.2% increase in prices from a year ago. In the U.S., all eyes will be on the August jobs report, which will come on Friday. Analysts expect that the unemployment rate will remain stable at 3.5%.

Powell’s comment last Friday that “in current circumstances, with inflation running far above 2% and the labor market extremely tight, estimates of longer-run neutral are not a place to stop or pause” reinforces Friday’s Market Wrap's commentary that the inflation battle is still ongoing.

The neutral federal-funds rate is the rate where Fed policy is considered to be neither accommodative nor restrictive.

Crude oil futures increased 4.2%, while natural gas declined 0.4%. Gold, a traditional safe-haven asset, was 0.2% higher. Energy prices are being affected by a looming supply crisis in Europe. Gold appears to be trading down in response to U.S. dollar strength. The dollar index (DXY) for that measure was up 0.4% on Monday. Copper futures, which are viewed as an indication of the overall health of the economy, were down 2.6%.

Monday’s hourly BTC chart shows a sharp increase during the 13:00 UTC hour, which coincides with the opening of U.S. markets. Overnight trading shows a pronounced downturn during the 23:00 UTC hour on higher-than-average volume, using the 20-day moving average as the measure for volume.

Also, BTC prices breached the lower end of its Bollinger Band during the 23:00 UTC hour. Bollinger Bands measure an asset's 20-day moving average, and calculate two standard deviations above and below that average.

Traditionally, an asset’s value will remain within two standard deviations 95% of the time. Prices breaching the lower or upper limit of their Bollinger Band often signal that prices have moved too far in one direction.

A look at more recent hourly action shows a reverse of what occurred overnight, as both the RSI and Bollinger Band readings for BTC indicate that prices are overbought. 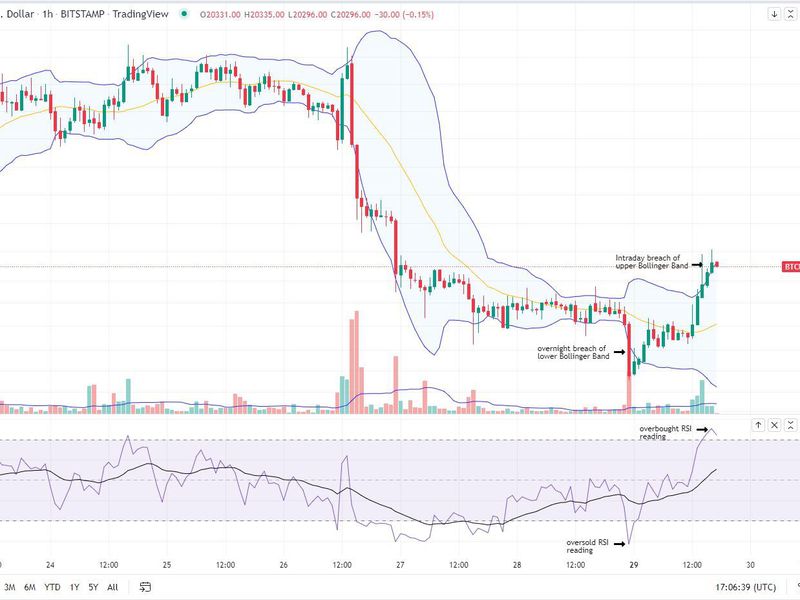 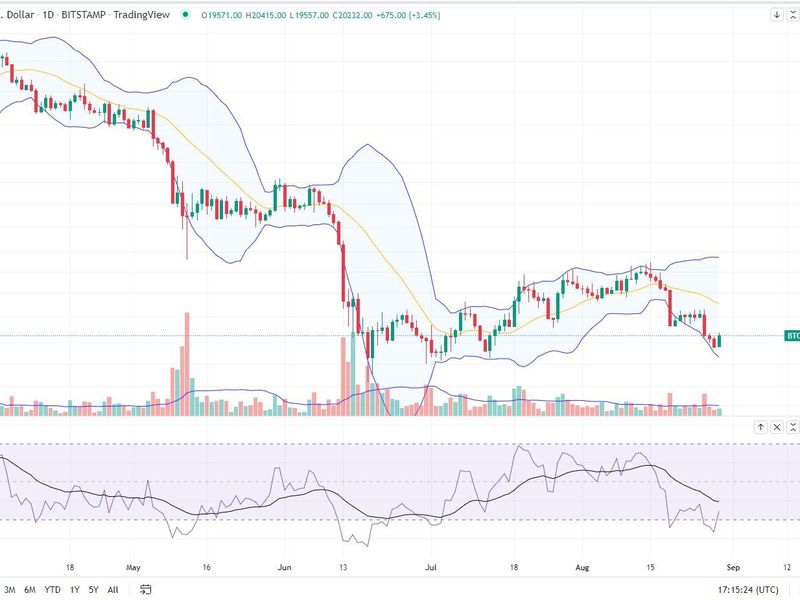 Ether behaved similarly to BTC on Monday, although its prices accelerated at a more rapid pace. ETH saw prices decline sharply during the 23:00 UTC hour on large volume, reaching oversold status on its hourly chart, but the price rebounded during the day to overbought levels. 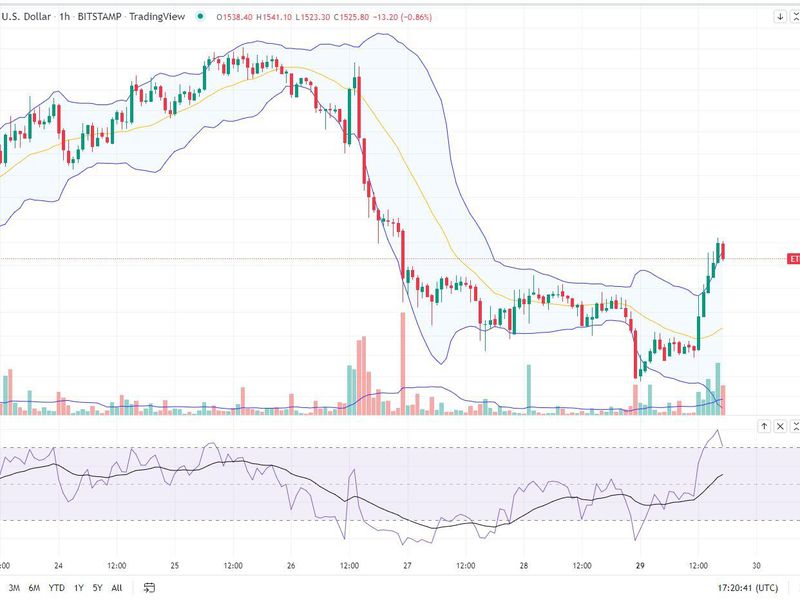 An application of RSI and Bollinger Bands to ether’s daily chart again shows its similar behavior to BTC on the day, as it has 7% implied upside if its 20-day moving average is the target. ETH’s RSI is slightly higher than BTC’s, at 40.44. 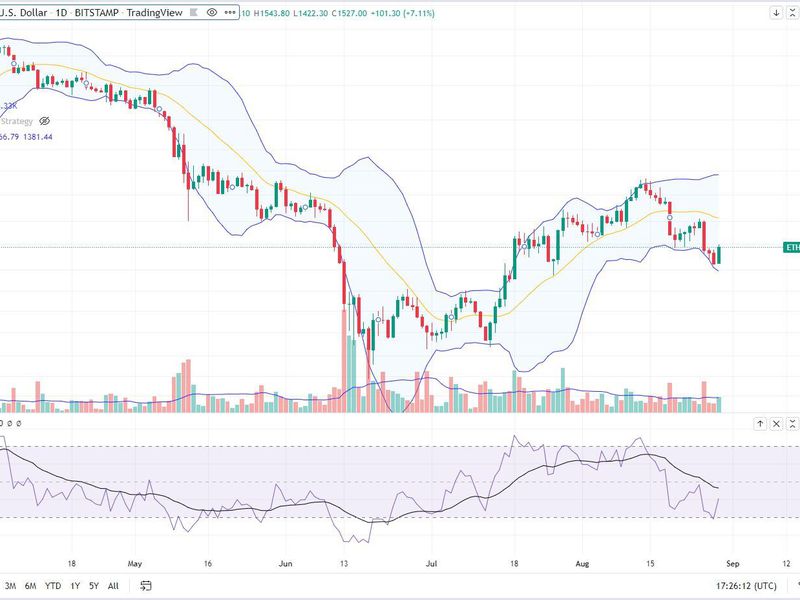 ETH’s outperformance relative to BTC continues a trend that began to take shape in July and is visible on the ETH/BTC pair chart below. The outperformance is likely attributable to the upcoming Ethereum Merge, which is a major software update for the blockchain.

During a deflationary event, the supply of an asset decreases. The asset in turn will generally increase in value from a purely supply-and-demand perspective. Traders wishing to take advantage of this are likely adding ETH prior to the Merge, which is expected to occur next month. 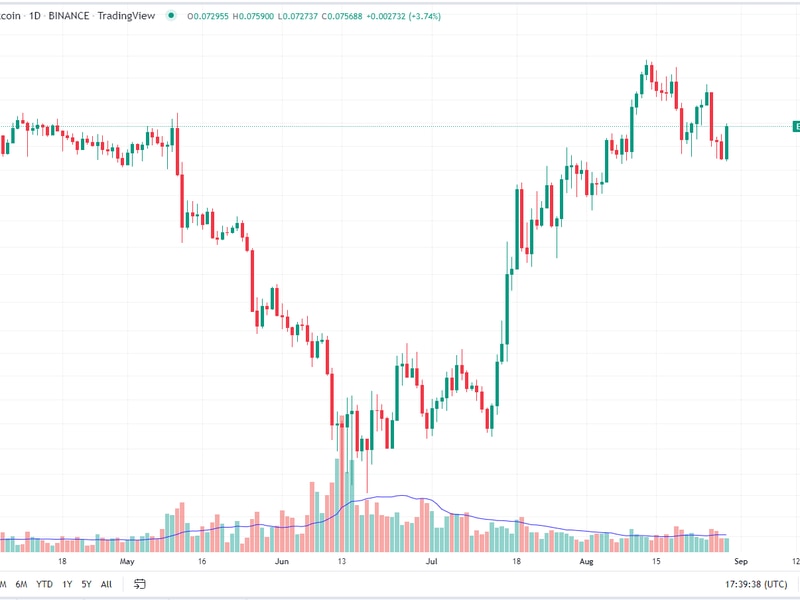