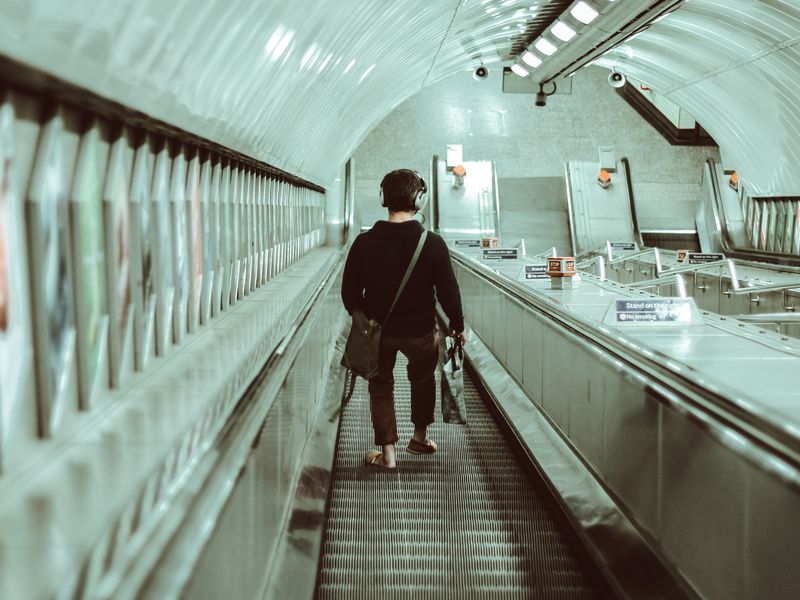 Bitcoin and ether both declined in price Friday, while the correlation between the two assets moderated slightly.

For some traders, a weakening relationship can signal a fundamental change between two assets, causing the traders to reevaluate their investment strategy. For others, it may represent a short-term dislocation in price that can be exploited upon expectations that the correlation will again strengthen.

The University of Michigan’s Consumer Sentiment index, which measures consumers’ view of economic growth, rose to a five-month high of 59.5 in September. Consumers’ one-year expectations for inflation declined to 4.6% from 4.8%, 45% below the current inflation rate of 8.3%.

Whether in line with reality or not, inflation expectations are important in that if consumers expect prices to rise, they’re more likely to purchase items immediately rather than wait. The effect of this often results in higher prices as increased demand chases supply.

The CoinDesk Market Index (CMI), a broad-based market index to measure the performance across a basket of currencies, declined 0.97%.

Ether outpaces bitcoin to the downside as the relationship between the two assets weakens.

The recent divergence in performance is illustrated in the decline in the two assets’ correlation coefficient to 0.77. ETH has been outperforming BTC for months, and the ETH/BTC trading pair rose 53% between July and September.

Since a peak on Sept 8, the ETH/BTC pair has declined 14%. Much of this may be a byproduct of the “sell-the-fact” impact of the Ethereum Merge, the upgrading of the blockchain, which took place early Thursday. With 180- and 365-day correlations of 0.96 and 0.97 respectively, investors could be expecting the relationship between BTC and ETH to strengthen again.

There are fundamental arguments as to why the correlation between the two assets should diminish. Ethereum’s conversion to a proof-of-stake consensus mechanism puts in place a distinctly different method of securing the network than exists with Bitcoin.

The ability for ETH holders to stake their assets allows ETH to be used both as a store of value as well as a means to generate cash flow. A potential result is that staking yields may have an increased impact on the demand for ETH in both spot and futures markets. That distinction alone may change the way traders view the assets, though the extent to which they do remains to be seen.

Investors are also likely to pay greater attention to ETH’s supply growth. As stated in Thursday’s Market Wrap, the post-Merge supply of ETH declined by approximately 254 ETH as of 18:20 UTC. Today’s supply of ETH shows a post-Merge increase of approximately 395 ETH. For proper context however, estimates are that ETH’s supply would have increased by more than 20,000 as of today, had the Merge not occurred.

On a technical basis, ETH is approaching “oversold” levels when using the Relative Strength Index (RSI) indicator. RSI measures price momentum, which signals if an asset is potentially overbought (readings above 70), or oversold (readings below 30). With an RSI of 34, ETH is approaching levels where traders may wish to gain exposure. 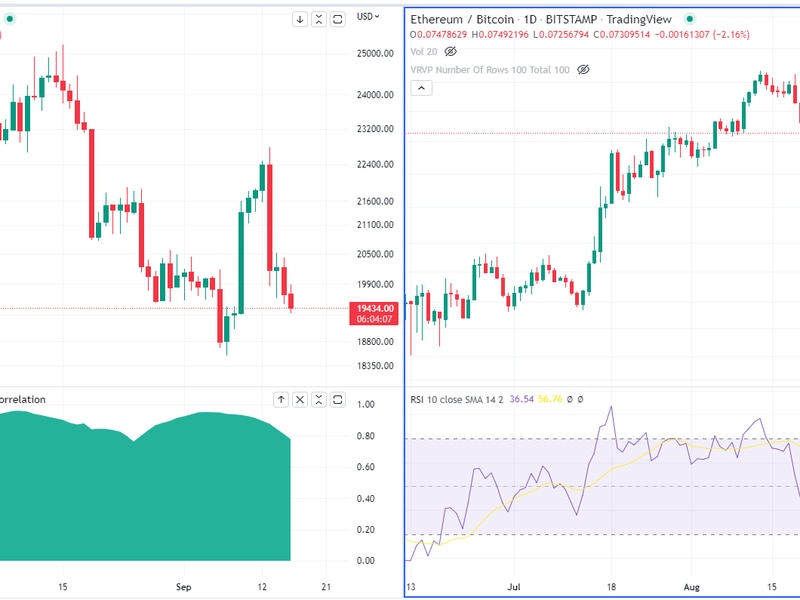