Long-Dormant Bitcoin Move at Low Prices, but It's Probably Nothing 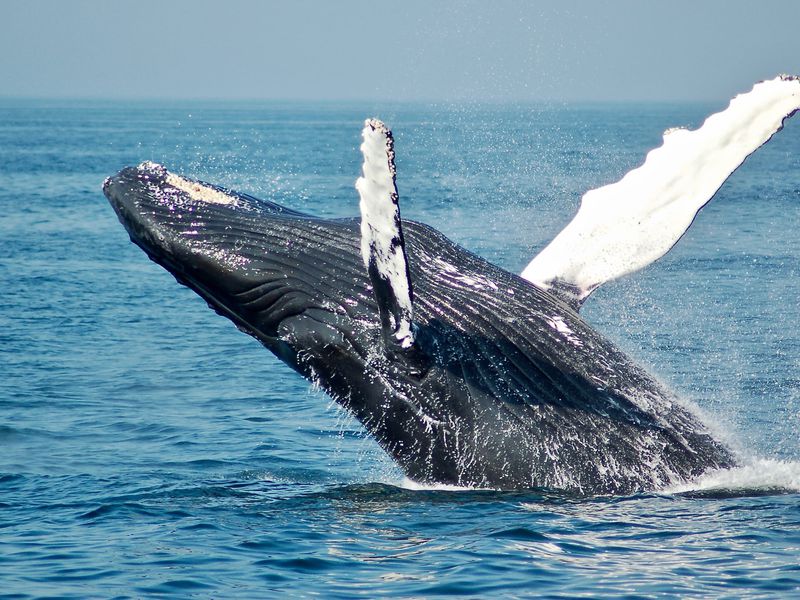 Unusual blockchain data appears to show a large block of bitcoin moving for the first time in years, prompting crypto analysts to scratch their heads and agonize over what to make of it – if anything at all.

On Aug. 28, according to a post from crypto data analysis platform CryptoQuant, 5,000 BTC that hadn’t moved for at least seven years was transacted. The next day, LookIntoBitcoin’s data tracker showed another 5,000 BTC was transferred again.

Analysts say the transaction data isn't enough to draw any major conclusions and there’s no hard evidence about why the coins were moved. It’s possible that a long-term holder is looking to get out of the market, even with bitcoin prices at around $20,000, which is well off their all-time high of nearly $69,000. Or it might just be that the holder is simply making some administrative changes to the account status.

“It is definitely not a bullish sign,” CryptoQuant said. “It's hard to say what impact it will have.” 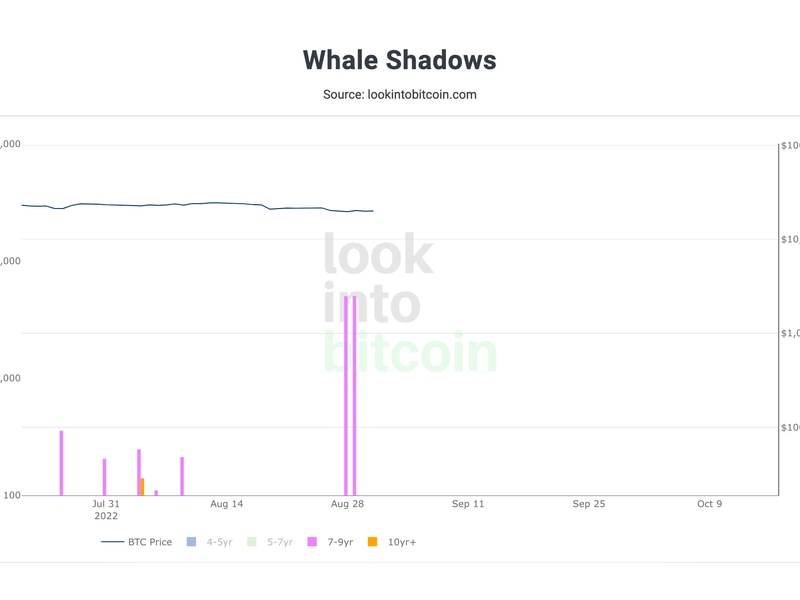 “From most likely to least likely, an old Kraken cold storage address, a Kraken OTC (over the counter) deal, a Kraken user,” he told CoinDesk in an email.

Kraken didn't immediately respond to a request for comment.

It’s long been a bit of a spectator sport in crypto to watch long-dormant bitcoin move. In May 2020, the market was briefly rattled by speculation that Bitcoin founder Satoshi Nakamoto might be moving around a small batch of the cryptocurrency. Wallets tagged to Nakamoto – who has never been conclusively identified – are closely watched by crypto analysts. His hoard is so great that if it wee liquidated, the price of bitcoin would drop.

“The broader trend among addresses holding between 1,000 and 10,000 BTC has been to increase their holdings over the past month, with their aggregate balance climbing by 35,000 BTC,” Lucas Outumuro, head of research at IntoTheBlock, told CoinDesk.

Theoretically, keeping coins in different wallets might help investors manage their holdings more efficiently in times of high market volatility, and industry experts said it didn’t seem too unusual for wallets of this age to move.

"We regularly see early bitcoin wallets like this becoming active," Kim Grauer, director of research at Chainalysis, told CoinDesk in an email.

It could also be that the bitcoin market has matured to the point where major macroeconomic developments, like Federal Reserve rate hikes, inflation reports or the August jobs report might have a greater impact on bitcoin's price than a pair of isolated and unexplained data points.

IntoTheBlock’s Outumuro said the bitcoin data might be “secondary in comparison to macro correlations near term, as there is less liquidity in the system.”

For what it’s worth, the recent coin transfers happened shortly after Federal Reserve Chairman Jerome Powell said last week that the central bank would likely maintain an aggressive campaign to tamp down soaring inflation – a stance that in turn might keep downward pressure on prices for risky assets, from stocks to cryptocurrencies.