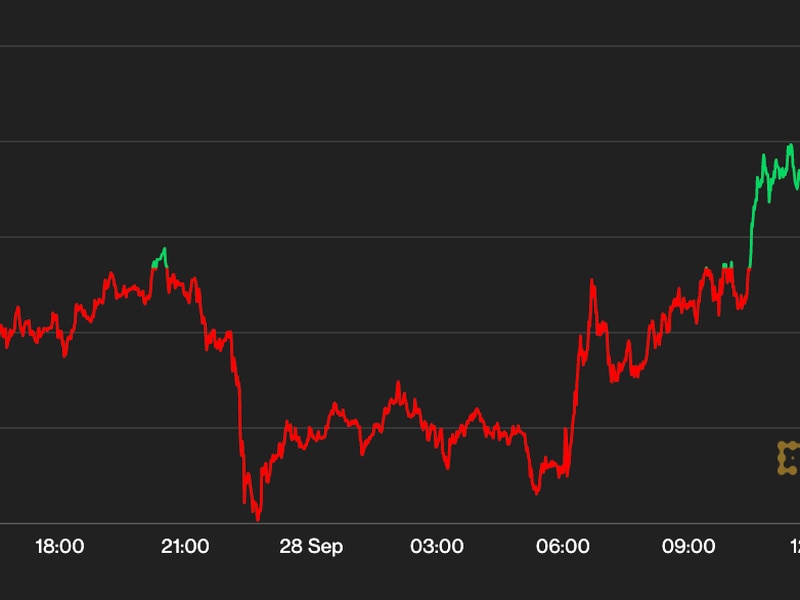 Bitcoin (BTC) regained the $19,000 level Wednesday intraday as industry watchers pondered anew whether the largest cryptocurrency would become a go-to asset in times of high inflation.

“Following the philosophy of buying when there’s blood in the streets and the common saying of being greedy when everyone around you is fearful, we might be at the opportune time to start slowly placing capital,” said Sheraz Ahmed, managing partner at STORM Partner.

The macroeconomic environment has had an increasingly significant influence on the crypto market in the current, bearish-sentiment-filled market cycle. BTC’s latest rebound Wednesday followed the Bank of England’s announcement earlier in the day that it would buy bonds after the government’s tax-cut plan triggered a massive sell-off.

The global crypto market capitalization has dropped from $2.9 trillion last November to $959 billion now, according to CoinMarketCap’s data.

“I think that crypto is just following the same trend as the market and it’s just pure risk-off appetite because of the current volatility and uncertainty,” Defiance ETFs CEO Sylvia Jablonski told CoinDesk TV on Wednesday.

“If the stock market rally is able to overcome hard landing fears, that should provide a nice backdrop for cryptos,” Edward Moya, senior market analyst at OANDA, wrote in a Wednesday note. “This broad risk-on rally doesn’t seem like it has legs to stand on, but this bounce could last a little longer.”

Ether has appeared to show a greater inflation resistance since Ethereum’s historic Merge shift two weeks ago to a more energy-efficient “proof-of-stake” blockchain system. Ethereum’s annualized inflation rate since the Merge is around 0.19%, lower than BTC’s 1.75%.

Alexandre Lores, director of blockchain market research at Quantum Economics, expected the inflation rate rivalry between BTC and ETH to continue fluctuating “back and forth between now and 2024.”

The ETH/BTC ratio, which measures the price of ETH relative to BTC, started falling after the Merge to the current level of 0.06. Lores said he wouldn’t buy the BTC-ETH inflation rate flippening narrative until the ratio breaks its all-time high record of 0.15 in late 2017.