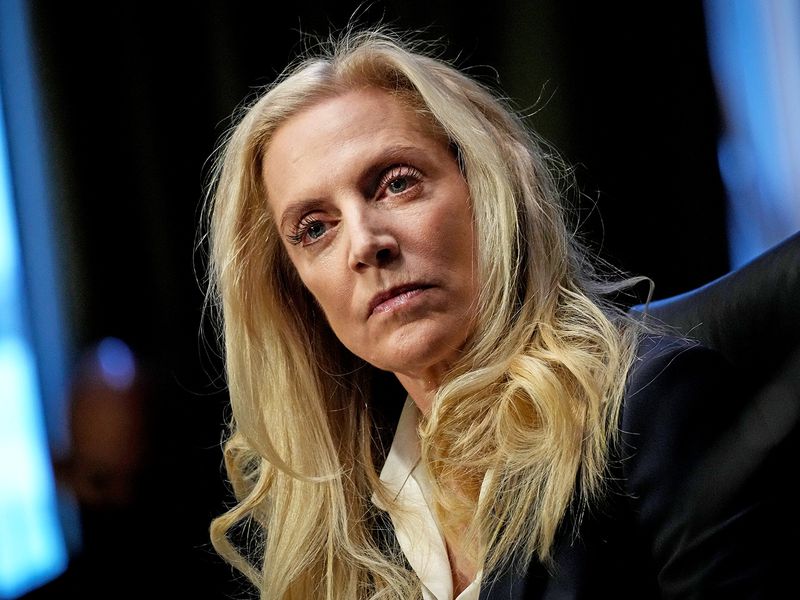 Several Federal Reserve officials on Wednesday signaled that the U.S. central bank will continue to raise interest rates until there are clear signs that inflation is coming down for multiple months.

Bitcoin (BTC) has struggled to stay above the crucial psychological threshold of $20,000 this week. The largest cryptocurrency has faced pressure – along with other risky assets including stocks – from hawkish chatter by monetary officials. On Tuesday, bitcoin dropped to as low as $18,559, which was its lowest price since June 30.

“We are in this for as long as it takes to get inflation down,” Fed Vice Chairwoman Lael Brainard said Wednesday in a speech at a banking conference in New York.

The next rate hike decisions is set to take place on Sept. 21, when the Federal Open Market Committee will meet for the first time since last month’s annual Jackson Hole Economic Symposium retreat in Wyoming.

Fed Chairman Jerome Powell said in July that upcoming decisions would be data-dependent, which means that all eyes will be on the consumer price index set to be released next week for the latest reading on inflation. Last week, the Labor Department’s jobs report for August showed that the labor market has started to cool slightly.

“Before I conclude that inflation has peaked, I will need to see several months of declines in the month-over-month readings,” Cleveland Federal Reserve President Loretta Mester said in a speech Wednesday.

Mester said that she will be “guarding against declaring victory over the inflation beast too soon,” and that the Fed needs to raise rates above 4% and keep them there for a while.

That’s roughly three times the usual 0.25 percentage point increase made by the Fed in recent rate-hiking cycles – a sign of just how urgent a matter that inflation has become in the eyes of top officials.

Earlier Wednesday, the Bank of Canada raised its main interest rate by 75 basis points to 3.25%, the highest in 14 years. On Thursday, the European Central Bank is expected to make a similar move.

The CME FedWatch Tool, which shows how traders of financial futures contracts are betting on the Fed’s next move, now suggests a 78% chance that the central bank will hike by 75 basis points. Such a move would bring the federal-funds rate to a range of 3% to 3.25%.

Partly for this reason, many traders are betting on a continued price decline for bitcoin, reflected in the increasing record level of speculation seen in the crypto futures market.

“With rising rates, you’ve got this carry trade which all of the miners use as well and it’s unraveling in front of our eyes,” TheoTrade co-founder Don Kaufman said on CoinDesk TV. “It is difficult to support some of the trade opportunities that existed a few months ago.

“In a rising interest rate environment, it may not be worth it when the two-year Treasury yield is sitting at 3.5%,” Kaufman said. “Do you really want to carry overnight … and it unwinds a number of very key trades inside of the crypto marketplace?”