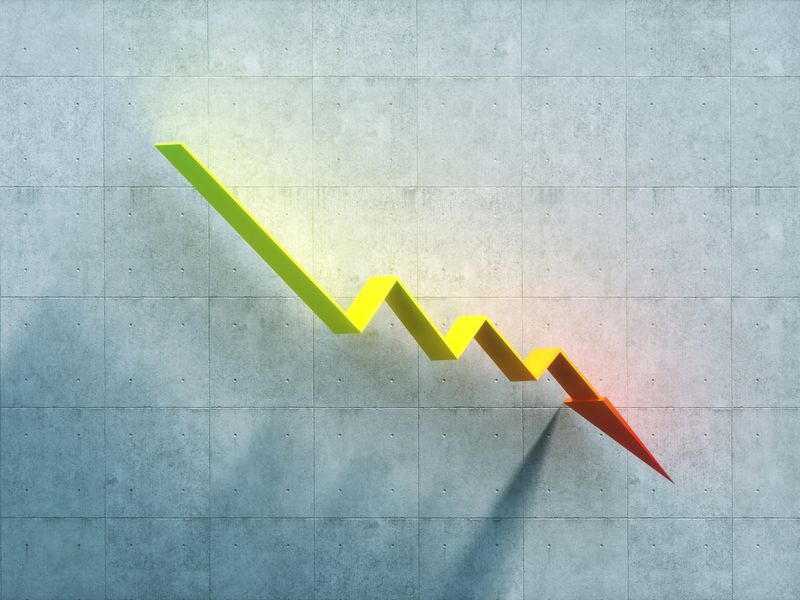 Insights: South Korea has growing crypto community that is still trying to make sense of the Terra debacle and other issues affecting the industry.

Cryptos spent most of Thursday on the upswing before sinking late in the day.

Bitcoin was recently trading at about $22,800, down about 2.5% over the past 24 hours. The largest cryptocurrency by market capitalization which has spiraled downward after reaching a two-month high above $25,000 last weekend. Late Wednesday, BTC fell below a bullish trendline after the release of minutes from the last Federal Open Market Committee (FOMC) meeting showed U.S. central bankers unlikely to lighten their current monetary hawkishness.

The Fed Reserve has raised interest rates a hefty 75 basis points at each of its last two meetings as it aims to suppress high inflation.

Ether, the second largest crypto by market value behind BTC, was recently changing hands just above $1,800, also down more than 2% from yesterday and far removed from the $2,000 level perch it was still flirting with late Sunday. Merge excitement has tapered off in recent days.

"Bitcoin is is range bound at the moment," said Nauman Sheikh, managing director at investment advisors Wave Financial, told CoinDesk TV's First Mover program. "It's hit a $25,000, sort of resistance level. So has Ethereum hit a 2000 resistance level. We're in a mode where the macro environment is supportive of the market, and we'll retest those resistance levels and hopefully break."

Major altcoins that spent much of Thursday in promising territory also dove downward late in the day with YGG and OP recently plunging more than 14% and 13%. Popular meme coins DOGE and SHIB continued their retreat from early-week euphoria that sent their prices up double-digits with each recently sinking more than 10%.

Major equity traded sideways with the tech-focused Nasdaq and S&P 500 each rising a fraction of a percentage point as investors continued to weigh economic indicators and earnings that has often pointed in conflicting directions. On Thursday, the National Association of Realtors reported a sixth consecutive monthly decline in housing starts adding evidence of an economy cooling from the sting of Fed rate cuts. But initial jobless claims for the week ending August 13 fell short of expectations as did the four-week average, underscoring the economy's stubborn strength.

The HUSD stablecoin, which is issued by Stable Universal, fell to 92 cents, an 8% drop from its planned $1 peg, according to CoinMarketCap prices early Thursday. And South Korea's anti-money laundering authority has started scrutinizing 16 foreign crypto firms it says have been operating in the country without proper regulatory approval, the agency said in a statement.

Despite the price drop over the past few days, Wave Financial's Sheikh noted optimistically that crypto "speculation" has recently returned. "The crypto anatomy narratives are strong at this point," he said, adding: "Speculation is going on. It's not all about Bitcoin and Ethereum. But the narrative is preading an dpeople are beginning to take more risk."

Just five months ago, South Korea seemed as if it was embarking on a fresh start where crypto innovation and investment would flourish.

The two presidential candidates, Yoon Suk-Yeo and Lee Jae-myung, were vying to convince voters which one would be more crypto friendly. Their jockeying underscored the growing importance of digital assets in the country, particularly among younger voters who have been opening accounts on crypto exchanges in droves, but were frustrated by the restrictive policies of the former President Moon Jae-In.

Yoon's victory, filled with the promise of smart regulation that would nurture new projects, protect investors and rid the industry of some of its more unsavory elements now seems like a blur in a rearview mirror. In recent weeks, Korea has ratcheted up its scrutiny of crypto exchanges and other businesses as it tries to make sense of the TerraUSD (UST) stablecoin collapse and other debacles that continue rippling through the industry.

Terra was founded in Korea, and attendees at last week's Blockchain Week (KBW), which included many of Terra’s original builders, investors and partners, avoided discussing the issue, seemingly more image conscious than interested in addressing the root causes of the implosion.

On Thursday, South Korea's anti-money laundering authority flagged 16 foreign crypto firms it says have been operating in the country without proper regulatory approval. In a statement, the Korea Financial Intelligence Unit (KoFIU), part of South Korea's Financial Services Commission (FSC), said the firms had advertised crypto and offered services to Koreans without obtaining the requisite registration.

Last month, prosecutors raided seven cryptocurrency exchanges in South Korea investigating a fraud case in connection with the collapse of UST and the LUNA token that supported it. The targeted companies included Bithumb, Coinone and Upbit.

To be sure, the additional scrutiny is understandable, given the perception among many people that crypto lacks the protections and stability of more traditional assets. The current climate is fragile as projects that helped spur crypto's growth in Korea and beyond flail and fail, and bitcoin's price remains badly depressed from its high less than a year ago.

But the country remains a hotbed of crypto interest filled with eager investors and developers who will undoubtedly have much to say about the asset's status in the Asia Pacific Rim region. Among other initiatives, Solana said it would pump up to $100 million into Korean crypto startups as it looks to penetrate a Terra-generated void in the developer market. Solana Ventures and the Solana Foundation will emphasize will seed investments and grants “across all Web 3 verticals." Polygon, Avalanche and other smart contract platforms have also been eyeing the country's trove of orphaned crypto developers.

Earlier this week, local media outlet Edaily reported Thursday that Korea's financial watchdog wanted to fast-track the review of proposals for new crypto laws. The country's blockchain industry has bemoaned the slow pace of regulation, which it believes will help the industry mature.

The Tornado Cash ban is adding to an already heated debate in Washington, D.C., over who should regulate crypto and to what extent. Joining "First Mover" to share his thoughts is Rep. Tom Emmer of Minnesota. Also joining CDTV was Omid Malekan, Columbia Business School adjunct professor and Nauman Sheikh, Wave Financial managing director.

Solana’s Biggest DeFi Lender is Leaning Into 'Permissionless' Loan Markets: These “permissionless pools'' don't have any of the safeguards afforded to Solend’s whitelisted markets. That’s by design.

Cash-Backed HUSD Stablecoin Loses Peg, Drops to 92 Cents: The stablecoin is trading as low as 89 cents against USDC on Curve Finance.

In Crypto, Base Layer Security Isn’t Enough: Blockchains are only as secure as the applications they run.

Other voices: The Crypto Geniuses Who Vaporized a Trillion Dollars: Everyone trusted the two guys at Three Arrows Capital. They knew what they were doing – right? (New York Magazine)

"It's a hypothetical we hopefully won't actually face. But if we did we'd go with [Plan] B, I think. Got to focus on the bigger picture. There may be some better option (C) or a legal challenge as well that could help reach a better outcome." (Coinbase CEO Brian Armstrong on the choice between quitting the Ethereum staking business or complying with potential U.S. sanctions on blacklisted Ethereum addresses) ... "'We continue to take the necessary steps to ensure we are operationally compliant across the United States, our customers’ assets are secure, and our platform is safe and transparent,” said Brian Shroder, chief executive officer of Binance.US. “Receiving our Money Transmitter License in Nevada is further evidence of our ongoing compliance efforts, and we are thankful for the time and trust of the Nevada Department of Business and Industry.'” (Binance blog)