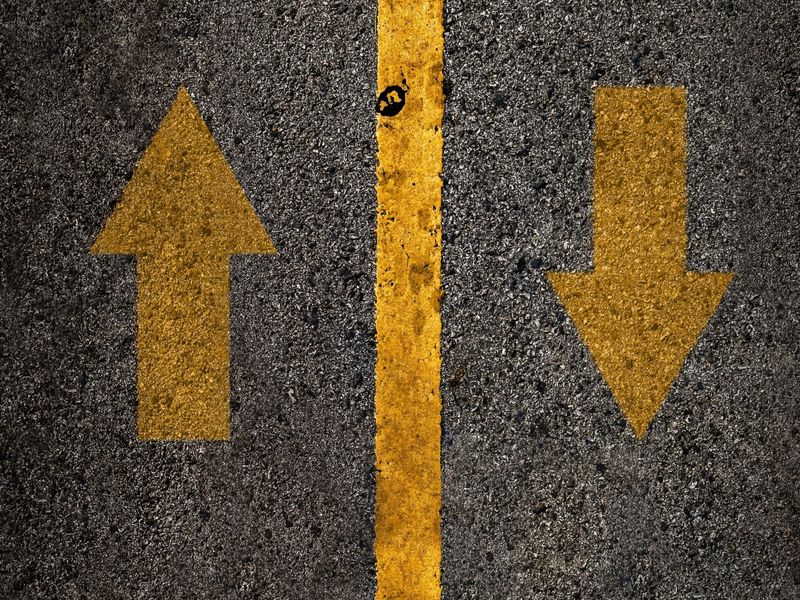 Prices: Bitcoin and ether spend the weekend in a tight trading range below $20K; investors will have few, significant economic indicators to consider until the next U.S. inflation figures next week.

Insights: Blockchain Protocol Cardano's arrival on Robinhood seems like a big yawn, given the protocol's lack of achievements.

Bitcoin camped out below $20,000 on the last three-day summer holiday weekend in the U.S.

The largest cryptocurrency by market value was recently trading at about $19,900, up a few ticks of a percentage point over the past 24 hours and about where it ended Friday. BTC has held support at roughly this level for a week as investors eyed employment data that could give them some hint about the U.S. central bank's next interest rate intentions later this month and wisdom of committing to higher risk assets.

"We continue to see Bitcoin struggling to maintain $20,000 support," Joe DiPasquale, the CEO of crypto asset manager BitBull Capital, wrote in an email to CoinDesk.

DiPasquale called bitcoin's current range "good...to begin accumulation," although he advised "being mindful of further drops" that might occur around Sept. 13, when the Bureau of Labor Statistics releases the August Consumer Price Index (CPI).

Ether maintained a similar level of crypto price stasis with a little more than half the U.S. Labor Day weekend over. The second largest cryptocurrency by market capitalization was recently changing hands just below $1,600, up approximately 1% over the previous day but just about where it ended Friday. ETH investors now await the Bellatrix upgrade on Tuesday. This enhancement on the Beacon Chain will be responsible for setting the rest of the Merge process in motion. The Merge will shift ether from proof-of-work to a more energy efficient proof-of-stake protocol.

Other altcoins were mostly in the green with ADA, ATOM and SHIB all recently up over 4% over the previous 24 hours. The native token for GMX, a decentralized exchange on Arbitrum, rose more than 9% and has climbed significantly in recent weeks.

U.S. equity markets closed down on Friday after the Labor Department's latest jobs data offered little hope that the Federal Reserve, which has boosted interest rates a hefty 75 basis points at its last two Federal Open Market Committee (FOMC) meetings, would ratchet back its hawkishness. The tech-heavy Nasdaq, S&P 500 and Dow Jones Industrial Average (DJIA) all dropped more than a percentage point and have fallen three consecutive weeks. U.S. markets will be closed on Monday.

The Institute for Supply Management will release its monthly services index on Tuesday with expectations for a slight decline. And the U.S. Census Bureau will publish its wholesale inventories report for July.

On Saturday, MicroStrategy Executive Chairman Michael Saylor told an audience at the Baltic Honeybadger conference in Riga, Latvia that the non-crypto part of the software firm is working on bitcoin-related projects as well. The firm's developers are working on solutions that would allow the onboarding large numbers of people onto the Lightning network, a payment network on top of bitcoin allowing faster and cheaper transactions.

CoinDesk's Jocelyn Yang reported, unusual blockchain data appears to show large blocks of bitcoin worth more than $200 million moving for the first time in years, prompting crypto analysts to puzzle over its significance. On Aug. 28, according to a post from crypto data analysis platform CryptoQuant, 5,000 BTC that hadn’t moved for at least seven years was transacted. The next day, LookIntoBitcoin’s data tracker showed another 5,000 BTC was transferred again.

And the saga of troubled crypto lender Celsius Network continued when the company, which is going through bankruptcy proceedings, said in a legal filing Thursday that a freshly found $70 million pile of cash would likely help it continue operating through the end of 2022. According to the document, Celsius expects “approximately $70 million of proceeds from the repayment of USD denominated loans.”

BitBull's DiPasquale remains wary about predicting any long-term, crypto price movement upward. "If the current macro economic conditions persist, we may see a prolonged consolidation period for crypto and markets in general, as opposed to a sharp upward recovery," he wrote.

Cardano on Robinhood? So What

Robinhood recently announced that it’s listing Cardano (ADA) on its trading platform, which has generated all kinds of buzz and bullish predictions about a price breakout.

Of course, talk about ADA and price breakouts sometimes seems  as old as crypto itself: The token, according to its faithful, is always on the precipice of something great.

But the reality is a breakout has yet to happen. ADA, despite being launched in 2017, only introduced smart contracts last year. Smart contracts are what make blockchains useful; the maturity of smart contract framework on Ethereum can be directly tied to the value of Ether.

And even after smart contracts were launched on ADA, nothing happened. DeFi Llama shows that the total value locked (TVL) in Cardano is only $81 million. Compared to the TVL locked in other protocols this is smaller than a rounding error (or in the case of Solana, a double-counting scheme).

In the time since ADA’s launch, other protocols have far surpassed it for utility and for the market’s faith in them. Klaytn, which is relatively unknown outside  Korea, launched in late 2021 and has a TVL of $357 million.  Avalanche, launched in September 2020, has $1.8 billion in TVL.

Even if Tron, which is synonymous with shitcoin, and whose founder’s name is closely associated with a get-rich-quick scheme, has a TVL of $5.7 billion – way more than ADA.

Market cap  is a measure of the value of tokens in circulation, not in the value locked in the protocol’s code.

To be sure, Cardano  founder, Charles Hoskinson, seems to always draw a crowd wherever he goes, and this charisma and his past accomplishments (some falsified as journalist Laura Shin recounts in her recent book) may largely explain  the protocol’s allure and $15 billion market cap. Investors are often drawn to entrepreneurs with great presence.

Based on Cardano’s current merits, nothing else accounts for its attraction.

"First Mover" dove into the crypto markets following the jobs report for August. While the U.S. added 315,000 jobs last month, the unemployment rate inched up to 3.7%. What does this mean for crypto markets? Path Trading Partners Chief Market Strategist Bob Iaccino provided his analysis. Also, Hodder Law Firm's Sasha Hodder discussed questions before the court in the Celsius bankruptcy case, such as whether the crypto lender's custodial account holders will get their funds back. Plus, what will "The Merge" upgrade do to Ethereum's energy consumption?

US Job Growth Slowed in August; Bitcoin Gains: The report is one of the last major economic data points the Federal Reserve will see before its September monetary policy meeting.

Coinbase Mispricing Allows Users in Georgia to Cash Out for 100 Times Rate: The bug saw Georgia's national currency, the lari (GEL), priced at $290 rather than $2.90.

TradFi Investors Will Love Ethereum’s Merge: The impact of the big shift to proof-of-stake are not priced into the market for ether, says CoinDesk's chief content officer.

Other voices: El Salvador Had a Bitcoin Revolution. Hardly Anybody Showed Up (Bloomberg)

"We know that despite the moribund state of markets, many hedge funds, family offices, venture funds and even pension funds and endowments are looking seriously at the long-term benefits of including crypto in their portfolios. Below I lay out why post-Merge ether could figure prominently in their future allocations." (CoinDesk Chief Content Officer Michael Casey) ... "Call me the world’s happiest cynic, then, because when I predicted the utter and catastrophic failure of Facebook’s rebranding as “Meta” starting less than a year ago, I genuinely didn’t think it would all unravel as quickly and ignominiously as it has. Horizon Worlds, Meta’s intended metaverse, went live in December and, my god, it has been downhill from there." (CoinDesk columnist David Z. Morris) ... [email protected]'s R&D is now working on enterprise-grade applications of the #LightningNetwork technology, including the enterprise Lightning wallet, @saylor said at #BH2022. (CoinDesk investigative reporter Anna Baydakova)