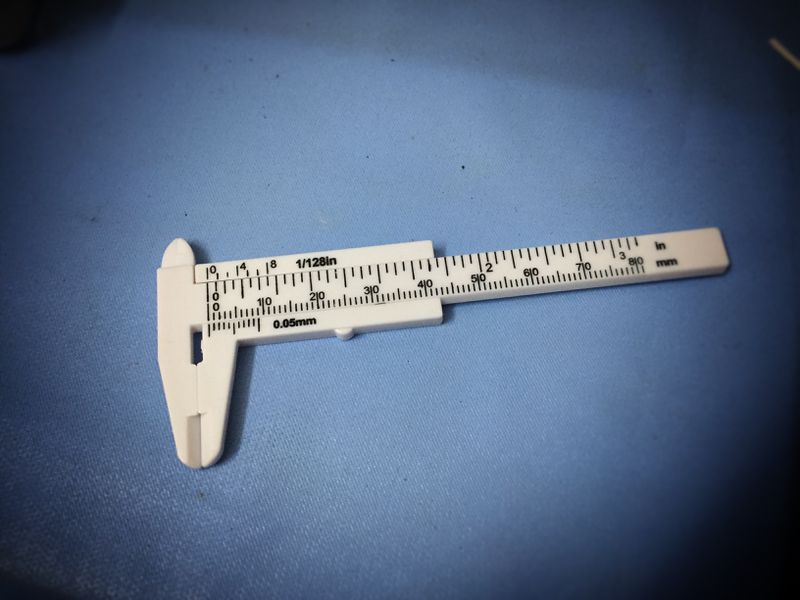 Bitcoin (BTC) was back trading just above $20,000 Friday, after dipping to levels of $19,500 during the week as stock markets in Europe opened positively after a negative week.

The largest cryptocurrency got an extra boost from a U.S. government report showing that the world's largest economy added 315,000 jobs in August – a slowdown from the 526,000 reported for the prior month but still exceeding economists' estimates for a gain of 300,000. The data might prompt traders to dial back their expectations for interest-rate increases by the Federal Reserve - theoretically a positive for prices of risky assets like cryptocurrencies.

Ether (ETH), the second-largest cryptocurrency by market capitalization, was up 2% on the day and made gains of 6% over the last seven days. The network’s Merge is now less than two weeks away.

In the altcoin market, Lido DAO, a liquid staking solution for Ethereum, was up 8%. The solution has almost $7 billion in total value locked (TVL) alongside a market capitalization of $1.2 billion. Polygon’s MATIC was up 7%.

Futures exchange FTX.US Derivatives said Thursday that former CFTC Commissioner Jill Sommers has joined its board in a move to help bolster the firm’s regulatory efforts. The hire comes as FTX has previously pitched the CFTC to directly clear customers' crypto swaps.

The International Monetary Fund has called for a global platform for cross-border payments, and reiterated calls to regulate a crypto sector that officials say is unstable, inefficient and riddled with fraud.

Cryptocurrency exchange Crypto.com has backed out of a five-year sponsorship deal worth $495 million with the UEFA Champions League, European soccer's elite league, according to a report in SportBusiness.

Ether Derivatives Markets Continue to Heat Up Ahead of the Merge

As the much anticipated Merge gets closer and closer, data from Kaiko shows that ether derivative markets are heating up.

New money is returning to the perpetual futures markets more ferociously than ever, specifically for ETH, with open interest recently breaking all-time highs and an increase in volumes in ETH perpetual futures as investors on either side of the debate look to position themselves ahead of the Merge.

The share of perpetual futures volume between bitcoin and ether had ETH commanding 45% of volume at start of August, going up to 57% at the end of month as this month's Merge approaches, according to Kaiko. 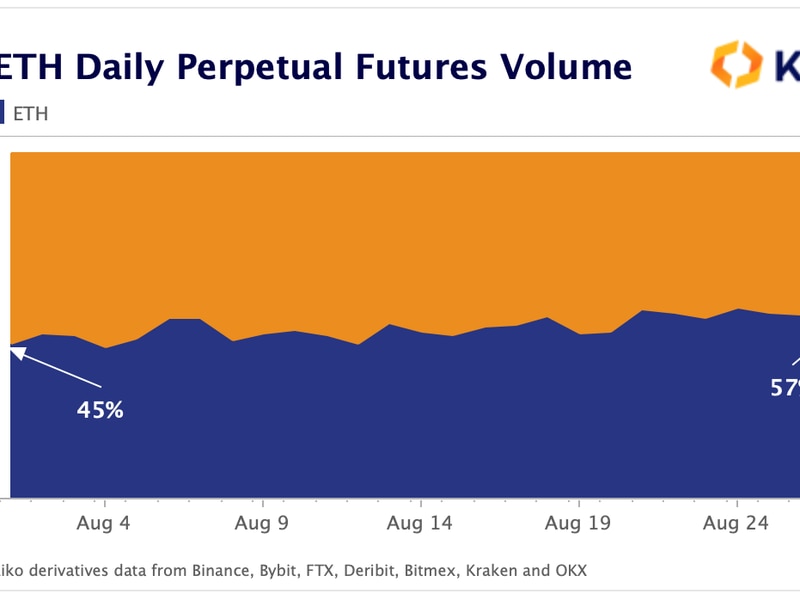 An increasing amount of ETH perpetual futures trades are being made compared to spot markets, and beginning to have an outsized influence on sentiment surrounding ether, according to a report from Kaiko.

According to the report, volumes typically correlate to price movements, and if futures markets are seeing a greater increase in volumes than spot markets, the correlation might signal that the futures market is leading price discovery.

"Back when markets were at all time highs last November, perps only did 4x the volumes of spot markets," said the report.

"Now at 7x the volumes and with open interest at all-time highs, it seems investors and institutions are turning to perpetual futures to place their bets on ETH, which as we’ve seen over the last month have been predominantly biased to the short side."

Based on the ETH perpetual future daily volume over the last year, there is an increase from $19 billion to over $33 billion. Daily spot volumes rose from $3.7 billion to $4.8 billion in just over a year. 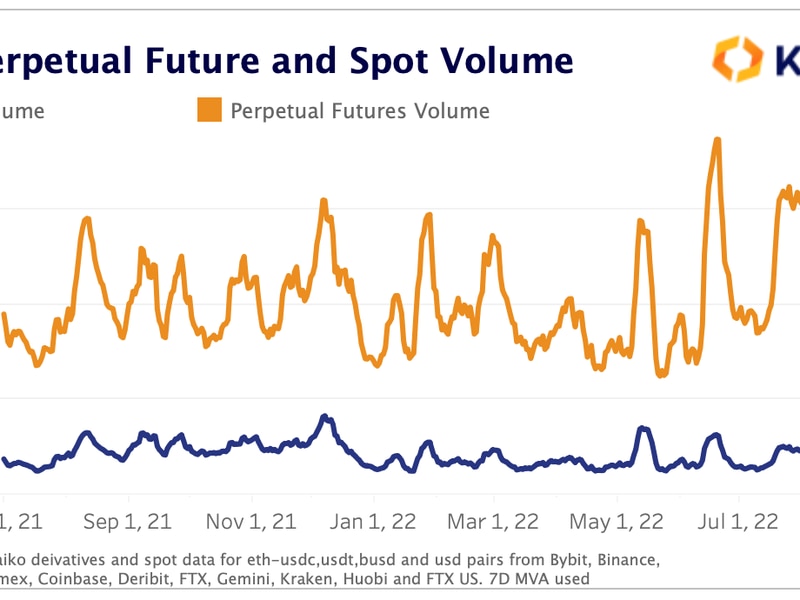 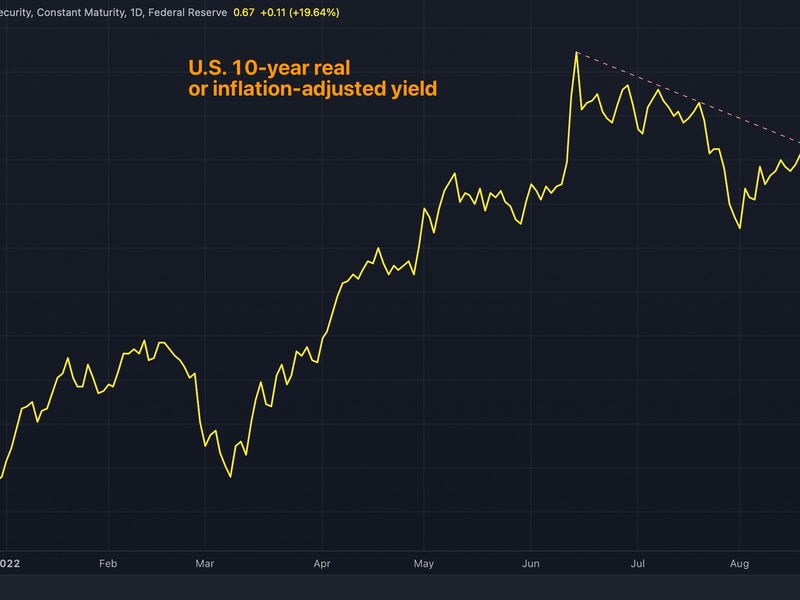