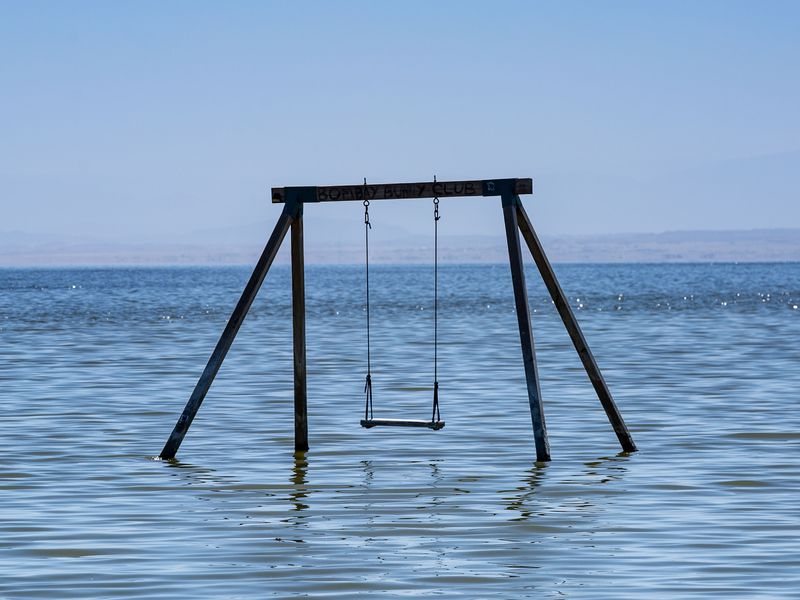 Market conditions remained choppy on Wednesday with bitcoin (BTC) hovering around the $20,300 mark, down slightly on the day. Stocks were mixed and futures tied to the Dow Jones Industrial Average and S&P 500 wavered.

“There's clearly a lack of conviction in the markets following a lot of hawkish central bank commentary in recent days,” wrote Craig Erlam, OANDA analyst in a morning note.

“The narrative that investors want to believe is that inflation has peaked and is falling in the U.S. and that a soft landing is plausible. That doesn't necessarily align with what we're hearing,” said Erlam.

The UK, U.S. and EU are all on track for 75 basis point (0.75 percentage point) interest-rate hikes next month, making it unsurprising that investors are taking a more cautious stance, according to Erlam.

In the news, decentralized finance (DeFi) lending protocol Compound (COMP) has suffered a critical failure, effectively halting the trade of Compound Ether (cETH), after a bug was discovered in the code that causes transactions for suppliers and borrowers of ether to revert.

A report from Morgan Stanley said the combined market capitalization of the two largest stablecoins, tether (USDT) and USD Coin (USDC), has begun to fall again, a sign that quantitative tightening in the crypto financial system has resumed.

And finally, Pantera Capital Chief Operating Officer Samir Shah appears to have left the cryptocurrency-focused investment firm after barely two months, according to his LinkedIn profile.

Looking back over the month of August, the top 10 cryptocurrencies by market value were all mostly trading in the red. Solana’s SOL took the largest hit, down 21%. Bitcoin fell 12% over the month and ether lost 2%. 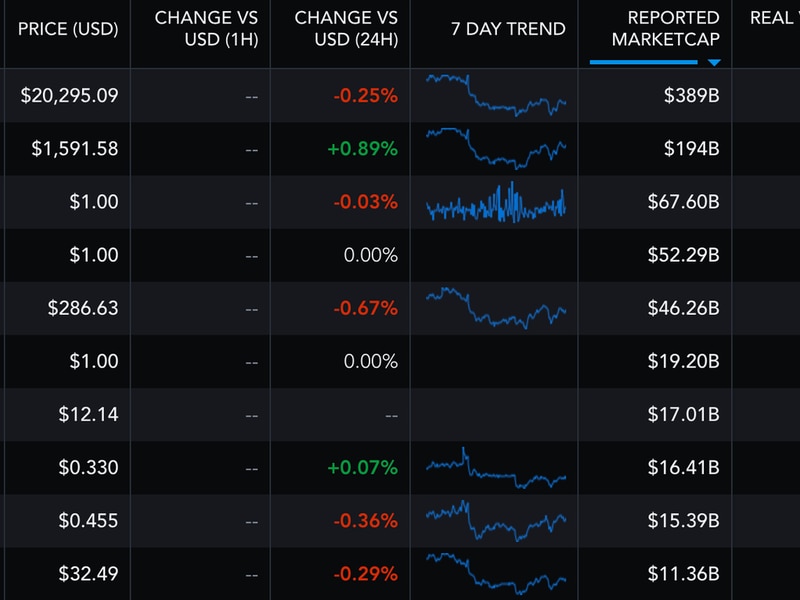 “We could be seeing interest move away from bitcoin in the short term, as Ethereum-based products hold the attention with the much-anticipated Merge on the horizon,” said the report.

Grayscale’s Bitcoin Trust (GBTC) lost its position as the most traded trust product, according to data from CryptoCompare. (Grayscale is owned by Digital Currency Group, which also owns CoinDesk.) 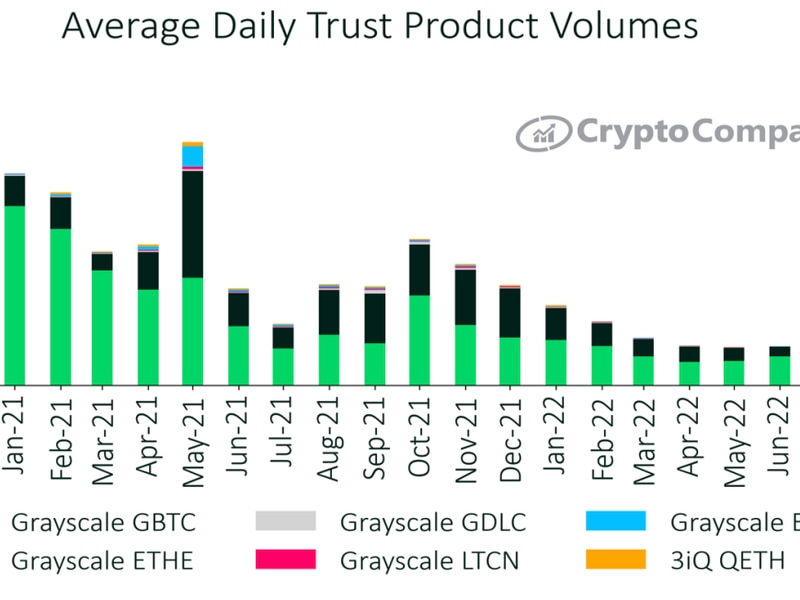 Bitcoin Underperforms The Rest of The Market in August 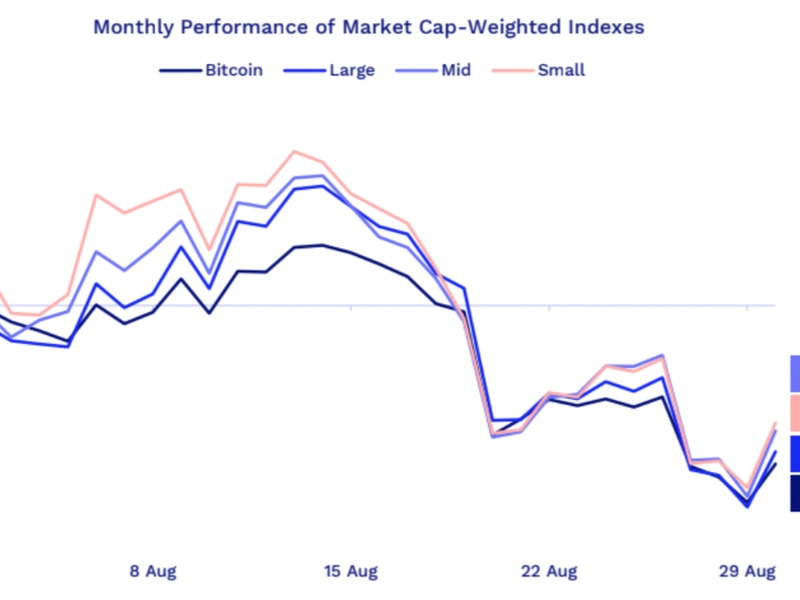