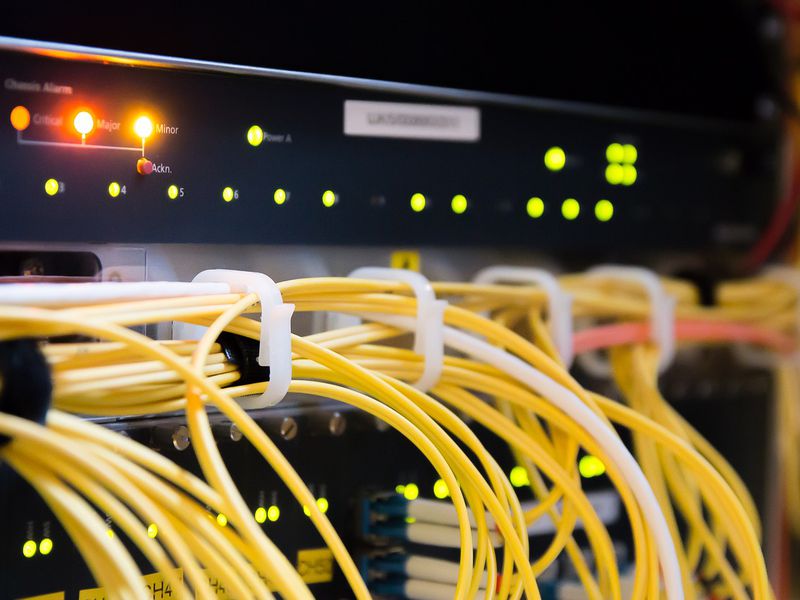 Ethereum's long-awaited technological overhaul, the Merge, is just a week away and holders of the blockchain's native token ether (ETH) may be feeling giddy because the upgrade is widely projected to establish ETH as a deflationary cryptocurrency – one with a depreciating supply – and bring more buyers to the market.

The supposedly bullish pivot, however, may remain elusive for some time, according to Singapore-based crypto trading giant QCP Capital.

"The uber-bullish thesis is that ETH 2.0 will immediately herald a new era of deflationary supply for ETH," strategists at QCP wrote in a recently published report. "This is not entirely true. For now, at least."

"Where the bullish kicker will come is in the burn rate – which in the midst of [crypto] winter is not looking so bullish right now," QCP strategists noted.

The burn rate – the amount of ether tokens taken out of circulation daily due to the protocol burning of a portion of transaction fees paid in the cryptocurrency – is essentially tied to the network usage, which has cooled this year due to the bear market.

Explaining the Merge and the burn rate

The Merge will combine ether's current proof-of-work (PoW) chain with the proof-of-stake (PoS) beacon chain that went live in December 2020.

That will mark the world's biggest smart contract blockchain's transition to a PoS consensus mechanism, which requires market participants to hold a minimum number of coins to validate transactions – contrasted with the current PoW setup, where miners solve computational problems to verify transactions in return for rewards paid in ETH.

The transition from PoW to PoS will take out a significant amount of miner supply.

According to QCP, miners currently receive 5 million ETH annually ($8.1 billion). After the transition, that figure is estimated to drop to 1 million ETH per year in rewards paid to stakers on PoS. (The amount of rewards paid depends on the number of stakers, which, in turn, is tied to staking yields).

While that would significantly weaken supply-side pressures, ETH's net issuance would probably dive lower only if an uptick in the burn rate accompanies the decline in rewards paid to validators.

The average daily burn recently declined to a record low of 1,206 ETH per day. That's barely 9% of the record daily burn of 13,269 ETH registered in January. Meanwhile, 13.6 million ETH, amounting to 12% of the circulating supply of 120 million ETH, is locked in the Beacon chain, according to data tracked by blockchain analytics firm Glassnode.

Assuming the burn rate remains weak and the amount of ether staked doubles after the Merge, ether would still be an inflationary currency.

"At the current burn rate and assuming 25% of the ETH 120 million ETH supply is staked – we will have an inflation supply of ~1%/year, compared to a deflationary supply of ~2% per year if we just revert to the all-time high burn," QCP strategists said. 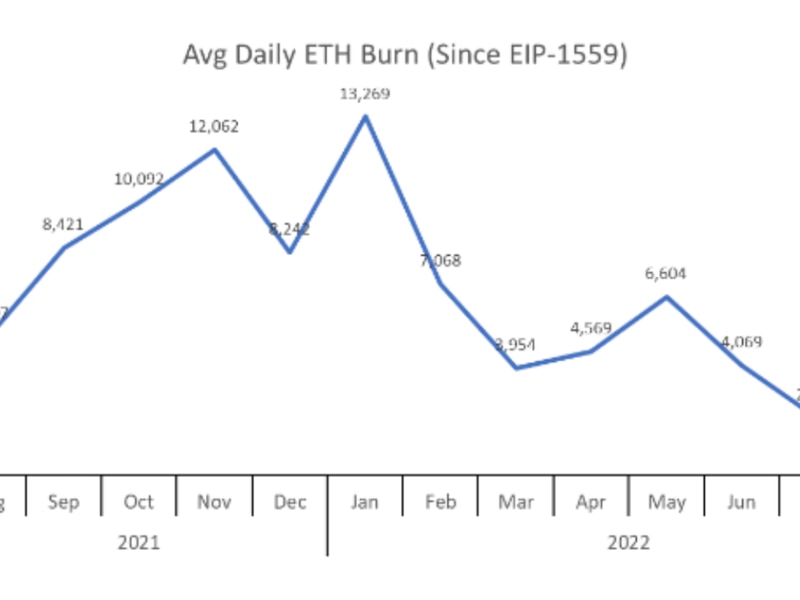 Will the burn rate bounce?

Surging activity in the NFT space was one of the major catalysts for the record burn rate reached in January. Early this year, NFT marketplace OpenSea, consistently represented more than 15% of all ETH destroyed daily.

So only a dramatic increase in the activity on decentralized finance (DeFi) platforms and non-fungible tokens (NFT) would lift the burn rate.

However, per QCP, that's unlikely in the foreseeable future as DeFi yields are at "rock bottom" and NFT profile picture hype is "flattening."