Did Merge Optimism Lift Ether or Was It the S&P 500? 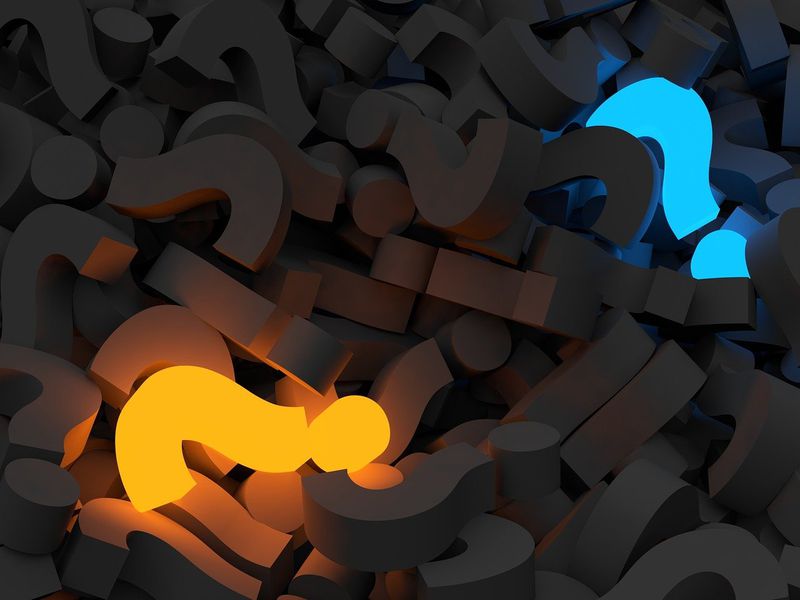 Ether (ETH), the native token of Ethereum's blockchain, rallied sharply in the four weeks to mid-August., doubling to $2,000.

Most analysts attributed the price rally to the long-awaited Ethereum Merge – the technological upgrade that will transform the smart contract platform to a proof-of-stake network. The switch is expected to cause a drastic reduction in ETH supply, and thus hoped to bring a store of value appeal to the cryptocurrency.

And they may be right, as the rally began mid-July after Ethereum developer Time Beiko hinted at Sept. 19 as the deadline for the Merge.

However, a closer look at the price action over the past two months suggests the risk reset in traditional equity markets probably paved the way for ETH's bull move. Looking ahead, that sensitively to stock markets warrants caution on the part of ether bulls expecting a more significant rally after the Merge, which is now likely to happen around Sept. 15. 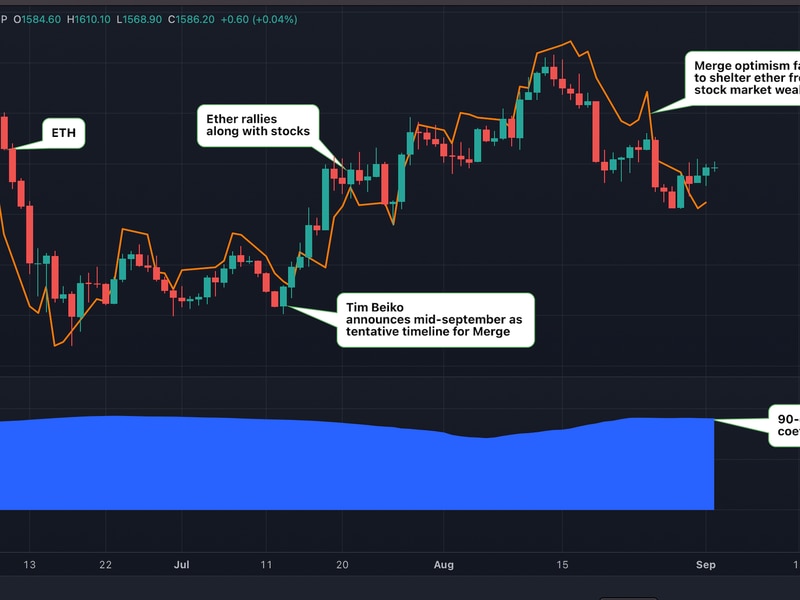 Over the past two months, ETH has moved in lockstep with Wall Street's benchmark stock index, the S&P 500.

Ether's 90-day correlation with the S&P 500 strengthened from 0.70 to 0.90 in the past four weeks, and the 30-day correlation is a strong one as well. While correlation doesn't always imply causation, the U.S. Federal Reserve rate hike hopes/fears appear to be driving the positive relationship in this case.

Possibly behind the equity rally in July and the first half of August was the hope that inflation has peaked and the Federal Reserve would resort to rate cuts next year. That dovish Fed narrative, however, fizzled out in the second half last month, bringing renewed weakness in stocks and cryptocurrencies, with ether tumbling more than 20% from a peak hit on Aug. 14.

The move suggests evidence of Merge optimism failing to shelter the cryptocurrency from macro jitters and stock market decline.

While the demand-supply factors seem to favor an ether price rise after the Merge, the cryptocurrency's recent failure to stay resilient in the face of stock market weakness calls for caution on the part of the bulls. The expected rally may remain elusive or could be muted if the macro jitters and traditional market risk aversion worsens.

Per several industry experts, including trading giant Cumberland and Arca's Director of Research Katie Talati, the real Merge rally in ether has yet to happen and will likely begin only after the upgrade takes out a significant chunk of selling pressure from the market.

"Assuming the ETH PoW fork does not lead to a robust new market, it is safe to assume that this $40 million of daily [ether] selling will disappear once the PoS chain is established," said Cumberland in a Merge-focused report published in August. "With the demand persisting, and the supply decreased due to the Merge, we would expect upward price pressure to resume."

"This should ultimately look very similar to the halving of the miner rewards, which have typically been followed by bullish price action," Cumberland added.