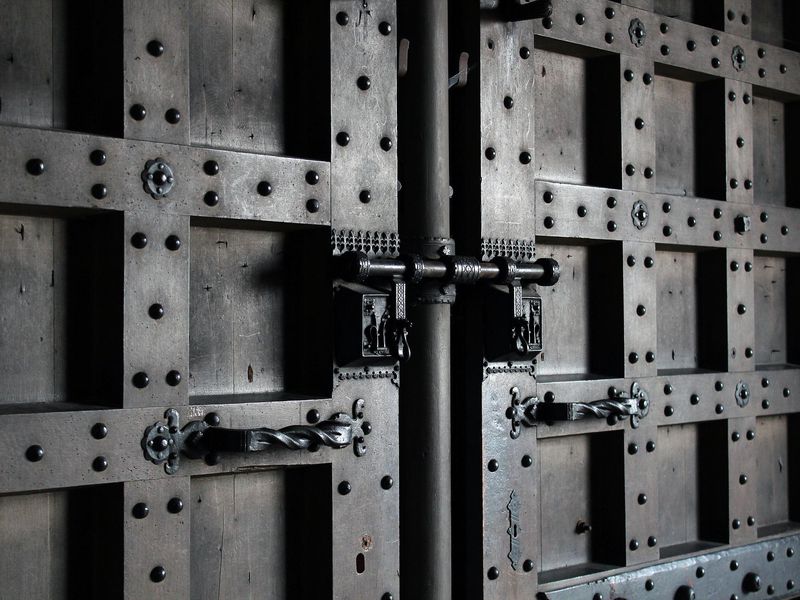 Between Aug. 30 and Sept. 2, the Aave community overwhelmingly voted in favor of suspension, setting aside democratized finance's free market principle to mitigate protocol-wide risks that may arise from Ethereum's technological overhaul, dubbed the Merge, slated to happen between Sept. 13-15.

The utilization rate refers to the percentage of the pool loaned out. The rate will likely rise as users could borrow ETH before the Merge to receive free money or the potential Ethereum fork token ETHPOW.

According to Ian Unsworth, a researcher at Binance.US, users are borrowing ETH from lending protocols, specifically AAVE. If the trend continues, the already elevated utilization rate of over 70% could jump to 100%, as Coingecko's Bobby Ong anticipates.

Some Ethereum miners are contesting the planned transition to PoS and looking to split the chain into a PoS chain and a PoW chain. The latter will have ETHPOW as its native token, which will be distributed to ETH holders for free.

A spike in the utilization rate to 100% would mean most ETH has been loaned out, leaving little for liquidators as collateral to process regular liquidations of ETH borrow-based positions.

"High utilization interferes with liquidation transactions, thus increasing the chances of insolvency for the protocol," Block Analitica said in the proposal.

While calling the borrowing suspension a good move, Ian Solot, a partner at crypto hedge fund TagusCapital, said, "The part of the problem is that if markets become very volatile and ETH borrowers need to be liquidated, there may be a scarcity of ETH due to high utilization, making it harder for liquidations to go through effectively."

Liquidations are forced closure of positions due to a decline in the value of the collateral. Aave describes liquidations as a process that occurs when a borrower's health factor goes below 1 due to their collateral value not covering their loan/debt value.

The bump in the utilization rate could lift ether borrowing rates to levels where the popular ETH-stETH recursive borrowing positions on Aave become unprofitable. That, in turn, could lead to the mass unwinding of positions, injecting volatility into the stETH market.

In recursive trades, users despot ETH into liquid staking protocol Lido in return for the staked ether token (stETH), which is then deposited as collateral on Aave to borrow more ETH. This borrowed ETH is again moved to Lido for more stETH, which is again deposited as collateral on AAVE to borrow ETH. The cycle continues. This leveraged position analogous to carry trading loses appeal once the ETH borrowing rates rise above the annualized staking rewards, currently at 3.9% on Lido.

"Once the ETH borrow rate reaches 5%, which happens shortly after 70% utilization rate, stETH/ETH positions start becoming unprofitable," risk research and analysis team Block Analitica said in the Aave ETHPOW risk mitigation plan published last month. "This means that we would see a lot of stETH to ETH redemptions and in turn a downward push on the stETH price, which will already be under pressure due to regular stETH holders switching to ETH to gain upside on ETHPoW work."

"All of this can lead to a downward price spiral of stETH, which can create cascading liquidations at Aave," Block Analitica added. 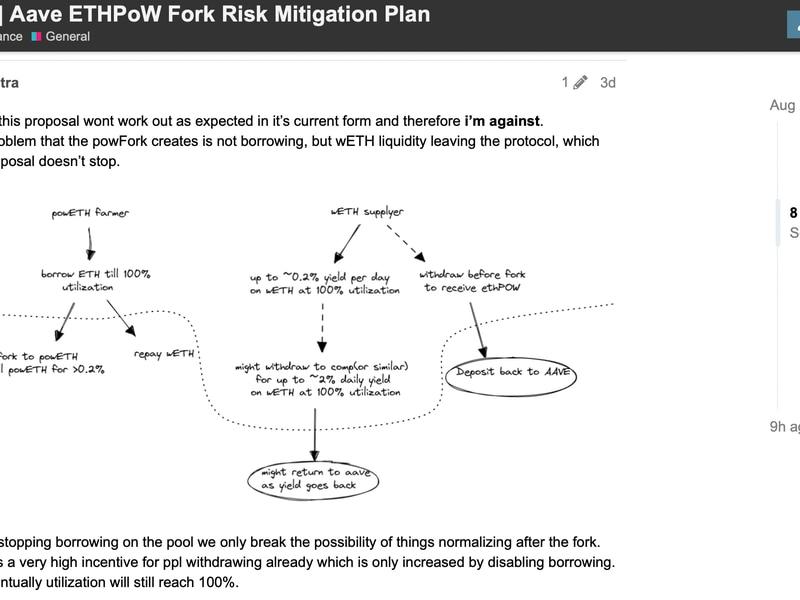