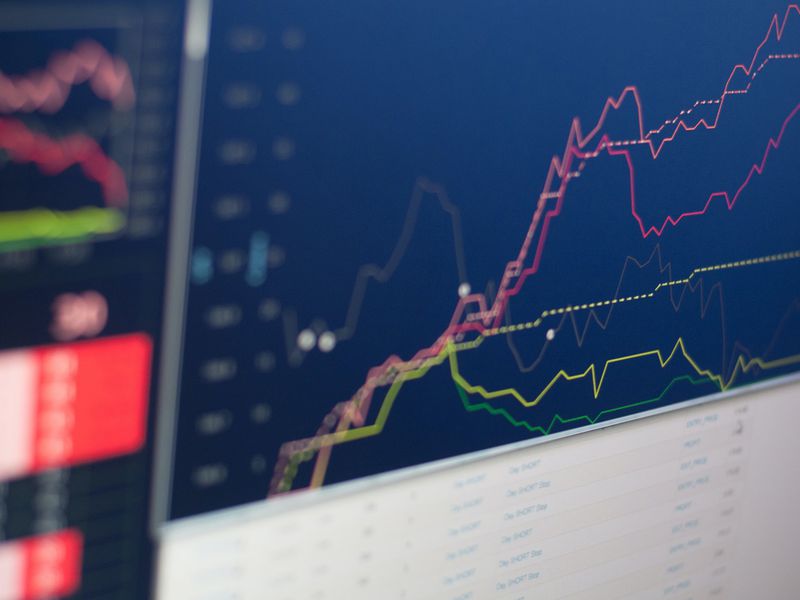 According to TradingView, the 90-day correlation between the largest cryptocurrency by market capitalization and the S&P 500, which includes a strong tech component, reached a value of 0.59 on Friday.

The correlation value involves a mathematical formula that considers the index and crypto’s price movements over time. A correlation above 0.5 is considered moderately strong and above 0.7 very strong, while correlations between 0.3 and -0.3 are weak. (A value of 1 means the movements are perfectly synchronized, whereas negative 1 indicates they're diametrically opposed.)

During a mid-June sell-off that sent prices of riskier assets tumbling, the correlation hit 0.9 amid a souring investment climate. But the value had steadily faded during the summer, sinking to 0.44 on Sept. 5.

The return of a strong connection between bitcoin and stocks comes amid heightened concerns about the economy, inflation, an uncertain geopolitical climate and monetary policies. Many investors consider cryptocurrencies to be risky assets – subjecting them to some of the same influences as the stock market and technology company shares.

The link between the bitcoin price and tech-focused Nasdaq stock index has also tightened recently, reaching a correlation of 0.62 Friday, up from 0.31 on Aug. 15. 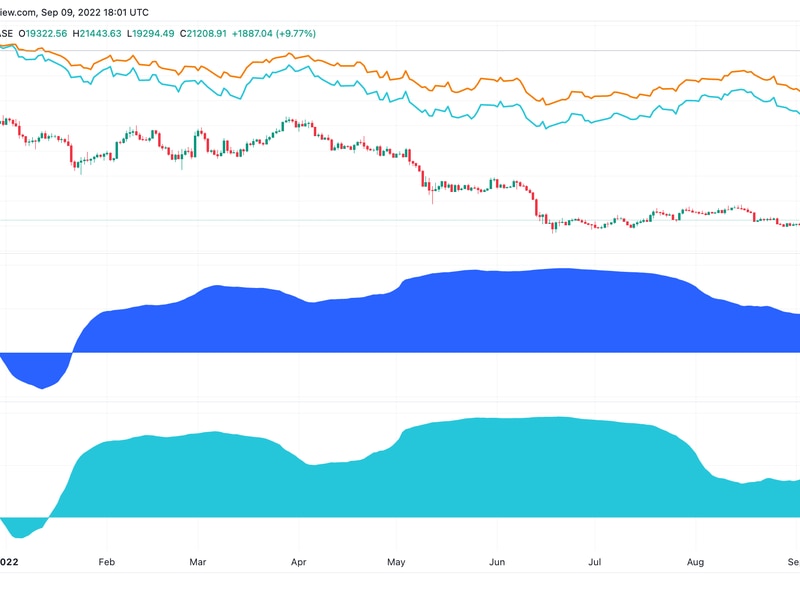 The S&P, which includes Apple (AAPL), Microsoft (MSFT) and Amazon (AMZN), has turned positive this week after falling for three consecutive weeks.

Bitcoin (BTC) was changing hands Friday at about $21,000 Friday, after a nearly 10% jump that was the biggest daily price increase in six months.

Analysts said bitcoin's jump was likely related to speculation on Wall Street that a weakening economy may force the U.S. Federal Reserve to ease up on its aggressive campaign to tamp down inflation.

“Bitcoin has behaved similarly to tech stocks, albeit with some idiosyncratic events, namely forced selling by large institutions like Three Arrows Capital,” he told CoinDesk in a written note. “There doesn’t seem to be any indication that crypto will stop moving in response to Fed policy decisions, though Ethereum’s upcoming Merge is one of the more important events in crypto’s recent history.”

Three Arrows Capital was a big crypto hedge fund that imploded when digital-asset prices crashed a few months ago. It is currently in bankruptcy.

Conotoxia Senior Market Analyst Daniel Kostecki said that in bitcoin's two previous significant bear markets – from December 2013 to January 2015 and then the year-long period starting in December 2018 – bitcoin plummeted more than 80% in value.

Heightened tensions between Russia and the West over the Ukraine war could continue to roil markets, from energy prices to foreign exchange.

And the tighter correlation means bitcoin wouldn't be immune.

“It is what is happening in the arena of international relations that seems to be the main driver of the markets for both stocks and cryptocurrencies,” he said.