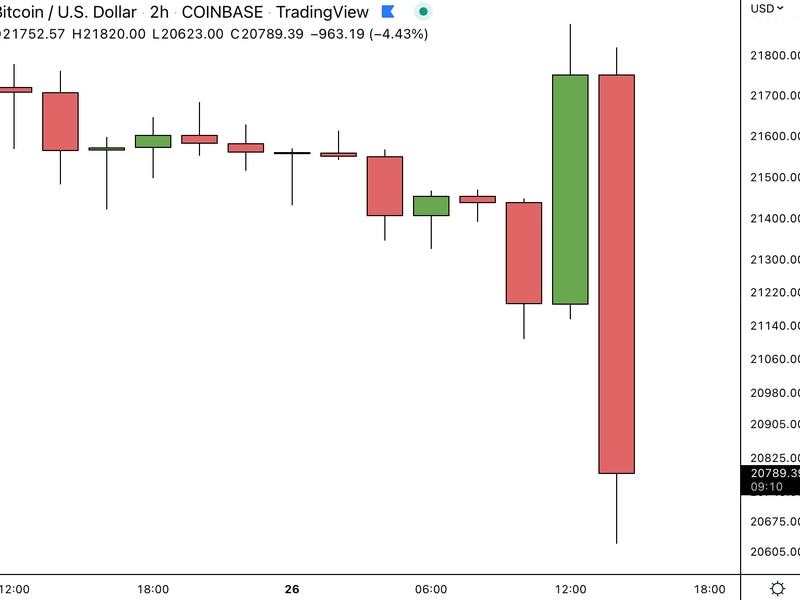 “The stock market had not priced this in except the last couple of days and it’s because the risk was that they would be hawkish, not the belief,” Bob Iaccino, chief strategist at Path Trading Partners and co-portfolio manager at Stock Think Tank, told CoinDesk.

“[The market] is pricing it in now at least as much as it believes the Fed, but it's about Powell’s legacy and his credibility at this point,” he added. Iaccino further noted that markets had rallied ahead of the speech – perhaps anticipating more dovish remarks – thus likely exacerbating today’s decline.

From Powell’s address: “Reducing inflation is likely to require a sustained period of below-trend growth … While higher interest rates, slower growth, and softer labor market conditions will bring down inflation, they will also bring some pain to households and businesses.”

The largest cryptocurrency by market capitalization, bitcoin initially showed little reaction to Powell’s remarks, but has now turned sharply lower – to the current $20,700 from just shy of $22,000 ahead of the speech.