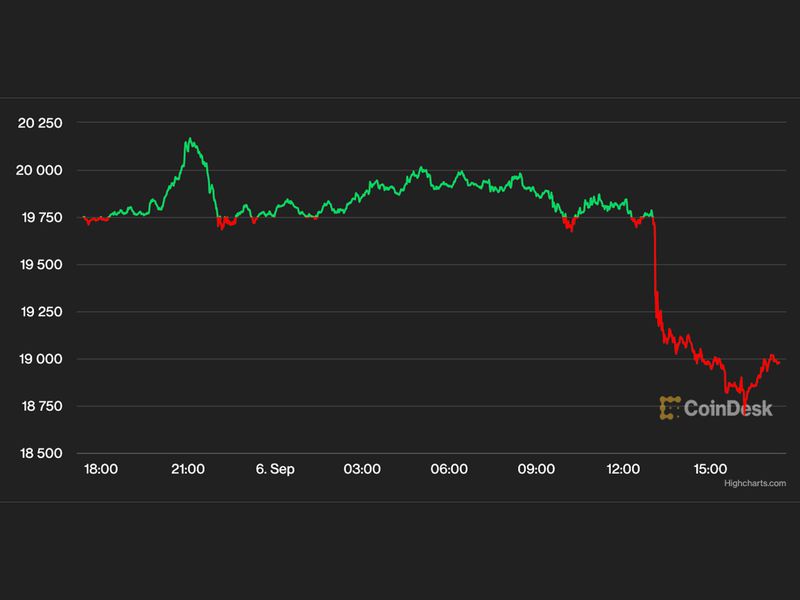 The price drop came after a 10-day stretch during which bitcoin traded right around the $20,000 mark.

The largest cryptocurrency by market capitalization had struggled to overcome what appeared to be price resistance at $21,000.

“Each failed attempt (to breach the resistance zone just above $20,000) increased the likelihood of a test of the bottom of the price range” near $18,000, Joe DiPasquale, CEO of crypto hedge fund manager BitBull Capital, told CoinDesk via a text message.

The S&P 500 slipped 0.41% Tuesday as traders worried the Federal Reserve could stay aggressive in its campaign to tamp down inflation in the U.S.

“From a technical perspective, the price remains in line with our projections, and we would be looking to accumulate between here and $15,000,” DiPasquale said.