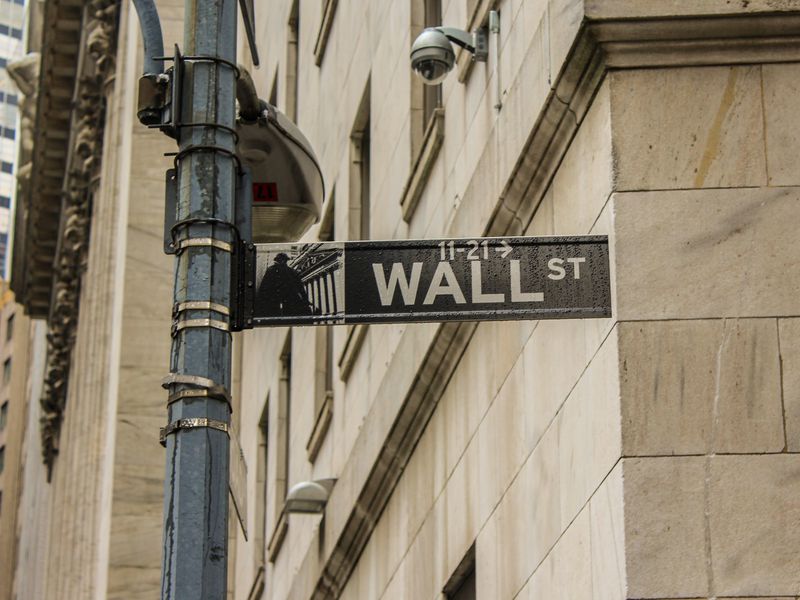 CoinDesk and others have been reporting about institutions cozying up to bitcoin as an investable asset for a while now. (Here’s CoinDesk reporting that insurance giant MassMutual some bought bitcoin in 2020; here’s me writing about BlackRock doing crypto things earlier this year).

Yes, I know, this might feel strange. Crypto Long & Short is an investor-focused newsletter about crypto, and so an issue contending that the biggest crypto asset doesn’t need … investors … might seem misplaced. My sole counterpoint is this: If your thesis is that Bitcoin doesn’t need big investors to succeed, then it’s at least worth considering an investment in it.

The Real Correlation Between Bitcoin and Wall Street

Here’s the thing about institutional investors – (which I’ll interchangeably refer to as “Wall Street” here even though it’s not technically correct) – getting into bitcoin: It was supposed to pump the price.

The moment Invesco put 5% of its $1.4 trillion assets under management into bitcoin, everyone else was going to do the same thing. The spike in demand, coupled with bitcoin’s famously finite supply, would send the price of bitcoin to untold heights.

Maybe it will happen one day, but it hasn’t yet.

Support for the opposite idea, that Bitcoin doesn’t need Wall Street, is also brief. For a moment, let’s set aside the bitcoin use case of bitcoin making its holders rich (also known as: “number go up technology”).

And there is no third-party intermediary more lucrative than Wall Street’s sell-side investment bankers and trading desks. Sure, these Wall Street bankers and traders don’t route everyday financial transactions from you to your local coffee shop for a fee, but they do route (in reality they “organize” or “advise on,” but whatever) everyday financial transactions between investors, big companies and the like for a fee.

Yes, bitcoin was born from a desire to subvert the former, but it doesn’t take too much imagination to extend the subversion to the latter. Bitcoin doesn’t need Wall Street because it doesn’t need any third-party intermediary.

Back to the real world … maybe they do need each other

Let’s unpaper that nuance and step out of the vacuum into the real world (and bring back that “number go up” use case) to apply these ideas in practice.

But before that, I need to level for clarity’s sake (and to get something off my chest): There’s an inherent ideal in Bitcoin that claims the existence of bitcoin will make all financial institutions obsolete. The idea is that the decentralized, peer-to-peer, outside money that is bitcoin will make all banks, asset managers, trading desks, brokerages, central banks, money managers and corporate lenders disappear. I don’t subscribe to that idea whatsoever.

I love Bitcoin and think that it will meaningfully change the world by granting the unbanked and underbanked universal access to basic financial products, but I contend that there will always be money changers, because I think as much as we love self-sovereignty, a lot of people value the hands-off peace of mind that comes with trusting a third party with at least some of their hard-earned money, because there is at least some legal and societal recourse if that known third party misbehaves

Back to our main topic

First, Wall Street doesn’t need Bitcoin because it will continue to make money without it. Advisory and trading fees will still lead to consistent earnings without Wall Street firms ever touching Bitcoin. As long as financial products not named bitcoin exist (which they will as long as we have civilization and war), we will have institutions that package, issue, buy and sell those financial products.

Second, Bitcoin doesn’t need Wall Street because it will continue to exist without third parties. Bitcoin will continue to provide an exit option for people living under authoritarian rule or double-digit inflation and it will still be available as an effective means of storing wealth for some portion of the 1.7 billion unbanked adults, for the 1.2 billion people living in countries with double-digit inflation and for the 13% of Americans who are underbanked.

They don’t need each other; but they might be better off with each other.