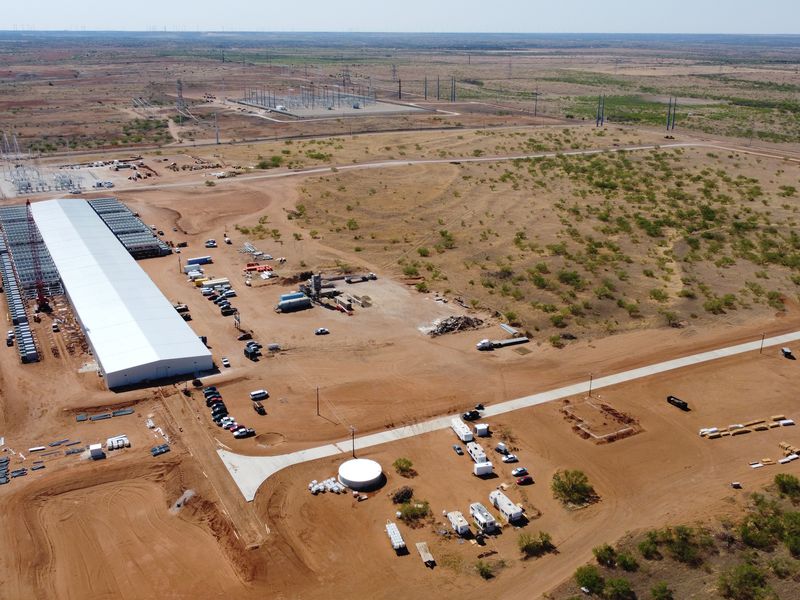 Kevin Dede at H.C. Wainwright continues to rate Argo a buy, but lowered his price target to $8 from $14, and versus yesterday's closing price of $4.93. Meanwhile, Jonathan Peterson and Amanda Santillo at Jefferies cut their price target to $13 from $20, while also maintaining a buy rating.

Behind Argo's year-end 2023 hashrate guidance cut to 3.2 exahash per second (EH/s) from 5.0 are delays in the miner's plans to deploy custom-made mining rigs using Intel's (INTC) Blocksale application-specific integrated circuits. Speaking to investors in a conference call this week, Argo CEO Peter Wall said the delays were in part due to his company's decision to redesign the machines to maximize efficiency as opposed to computing power. Wainwright's Dede noted that supply chain issues have also delayed the Intel machines deployment.

While Argo expects to reach 4.1 EH/s by the end of Q1 of next year, the Wainwright analyst pointed out that with a new product, "manufacturing milestones are easily jeopardized," meaning more delays could be in the offing.

Both Dede and the Jefferies team took down revenue targets for Argo, with Dede now expecting full-year sales at $84.3 million versus $135.5 million previously, assuming bitcoin remains at around $24,000 and total network computing power of roughly 220 EH/s. Peterson/Santillo at Jefferies cut their revenue estimate by nearly 50% to $76.8 million from $145.6 million. Their base case scenario has bitcoin is around $21,400 and network hashrate around 220 EH/s for the rest of the year.

Argo also indicated that the reduced Intel order helps keep options open by lowering its capital expenditure, Jefferies wrote. The firm said it is looking to raise $25 million-$35 million to achieve 4.1 EH/s, down from a $50 million funding goal earlier this year.

Argo expects to sign a fixed-price power purchasing agreement in the next couple of months, which will both stabilize its electricity spending and allow it to sell power back to the grid, along with other peers, Wall said. The company continues to target a long term power rate of about $2.5 cents per kilowatt hour (kWh) in Texas, where their biggest mine is. The Jefferies team isn't so sure, expecting power to cost $3.75 cents per kWh across Argo's portfolio in the fourth quarter of this year and into 2023.