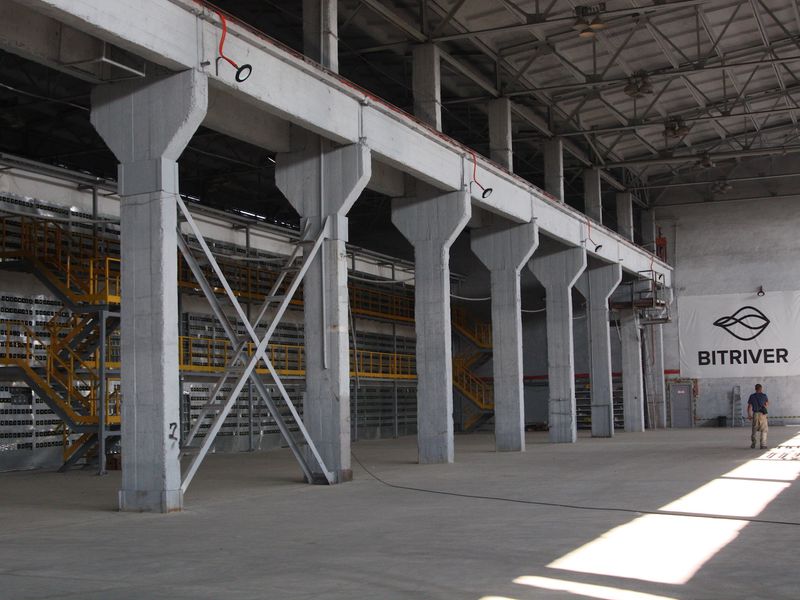 The bitcoin mining arm of a major Japanese bank has ended a previously undisclosed relationship with a Russian miner hosting firm sanctioned by the U.S. government.

Tokyo-based SBI Holdings, the parent company of crypto miner SBI Crypto, said Aug. 15 in an earnings report that it was “withdrawing” from Russia. In a later interview with Bloomberg, the firm’s chief financial officer cited the broad sanctions imposed by the West on the country since President Vladimir Putin invaded Ukraine in February.

But sources told CoinDesk that the sanctions bit SBI Crypto directly. The unit was hosting its mining machines at BitRiver, a major mining company with sites across Siberia that has been blacklisted by U.S. authorities, according to two people familiar with the arrangement.

SBI Crypto is at least the second big name to emerge as ceasing work with BitRiver after the U.S. Treasury Department imposed sanctions on the mining firm in April. The other is Compass Mining, based in Austin, Texas.

Exactly what “withdrawing” from Russia looks like is unclear. Compass Mining has told CoinDesk that its hands are essentially tied, with the company's machines stuck in BitRiver’s facility and lawyers advising it to not even talk directly to BitRiver, let alone transact with the Russian outfit.

At the same time, Compass Mining – and SBI Crypto, according to its CFO – claim they have been trying to sell their equipment in Russia, but neither would answer questions as to how that can be achieved without their hosting firm’s involvement.

There is evidence, though, suggesting SBI Crypto’s operation has slowed since Russia invaded Ukraine, which led to sanctions. Its mining pool hashrate, a measure of computing power spent on the bitcoin network, has dropped by about one-third since February, according to data from information platform Blockchain.com.

However, mining pools bring together the computing power of more than one miner, so the number doesn’t necessarily reflect only SBI Crypto’s mining operations, as other companies can participate in the pool.

BitRiver’s case underscores how the global bitcoin ecosystem, ethereal as it might feel to its users, still relies on physical infrastructure that centralized agents and governments can easily tamper with.

Mining companies “help Russia monetize its natural resources,” making them a “mechanism for the Putin regime to offset the impact of sanctions,” the Treasury’s Office of Foreign Assets Control (OFAC) said in April.

BitRiver would neither confirm nor deny that SBI was its client, nor would SBI Holdings.

“The SBI Group has already stopped all mining in Siberia. And we are not mining in the rest of Russia. As for any other information, I’m afraid I cannot disclose,” said SBI Holdings in an emailed response to CoinDesk, signed by “Corporate Communications Dept.”

SBI Holdings’ latest quarterly earnings report does show it retains a link to Russia, as it continues to operate a banking branch there.

SBI Holdings has disclosed little about its mining business, and did not previously mention its involvement in Russia as far as CoinDesk could find. The firm used to disclose basic information, such as that it produced its own chips and machines, in its earnings presentations. In 2018 it said that it was mining in the U.S. state of Virginia and Sweden, and in 2020 it mentioned it was working in Texas in a press release. Other than that, SBI would mostly talk about mining at “overseas locations."

Even those disclosures stopped in 2020. Around that time, the company was looking into mining in Russia and Kazakhstan, an industry source with knowledge of the matter told CoinDesk.

In fact, at that time, SBI Holdings stopped mentioning bitcoin mining altogether in its earnings presentations, except in relation to its “environmental” investment in Texas data center management firm Lancium.

The SBI spokesperson would not say why mining revenue was not disclosed after 2020.

The Japanese firm’s presence in the Russian mining market has been a carefully kept secret: employees of multiple mining businesses operating in the region told CoinDesk they never heard that SBI was mining in Russia.

That made sense, said Alex Petrov, former chief information officer at Bitfury, which mines and builds mining machines: according to him, publicizing your mining business in Russia could lead to someone – a government official or others – swiping your equipment, so it’s not surprising some companies preferred to keep quiet about their involvement.

“The legal status of crypto mining in Russia is still unclear, so it’s a risk for miners,” Petrov added. “Local authorities might see mining businesses as something illegal and freeze their operations while the legal dispute is going on.”

Previously, U.S.-based Compass Mining moved to stop its operation in Russia and has been trying to sell its hardware at BitRiver’s venue since April. SBI Holdings was also planning to sell its equipment in Russia, too, CFO Hideyuki Katsuchi told Bloomberg.

This is normally the case with other foreign miners leaving Russia at the moment, a source working with mining firms told CoinDesk: Transporting mining equipment to and from Russia is too complex a task, so those heading out just sell their machines to other miners.

After Compass announced its exit, BitRiver was left with two big clients: SBI Crypto and Phoenix Technology Consultants, a United Arab Emirates-based mining firm affiliated with Phoenix Store, the distributor in the Middle East for Bitmain, the world’s leading manufacturer of mining rigs. During a mining conference in Dubai in November, Phoenix announced plans for a massive purchase of mining equipment.

At the same event, BitRiver announced an agreement to provide Phoenix with 300 megawatts (MW) of hosting capacity by the end of 2022. However, Phoenix CEO Munaf Ali would not discuss any dealings with BitRiver, instead pointing CoinDesk to an interview where he said the company has operations in Russia broadly.

SBI Holdings' financial results for the spring suffered from its withdrawal from Russia. In the second quarter of the year, SBI Holdings lost 9.7 billion Japanese yen ($71 million) in profit before tax “due to the suspension of the mining business in Russia, a decline in the price of crypto-assets held, and B2C2’s losses associated with the bankruptcy of some business partners,” the presentation for investors read. (B2C2 is a crypto trading firm that SBI acquired in 2020.)

About 7.2 billion yen of that was due to “temporary factors” such as the fall in crypto prices, leaving 2.5 billion yen as losses that could be attributed to SBI's Russia adieu.