Large Ethereum Miners Look to Cloud Computing, AI Ahead of The Merge 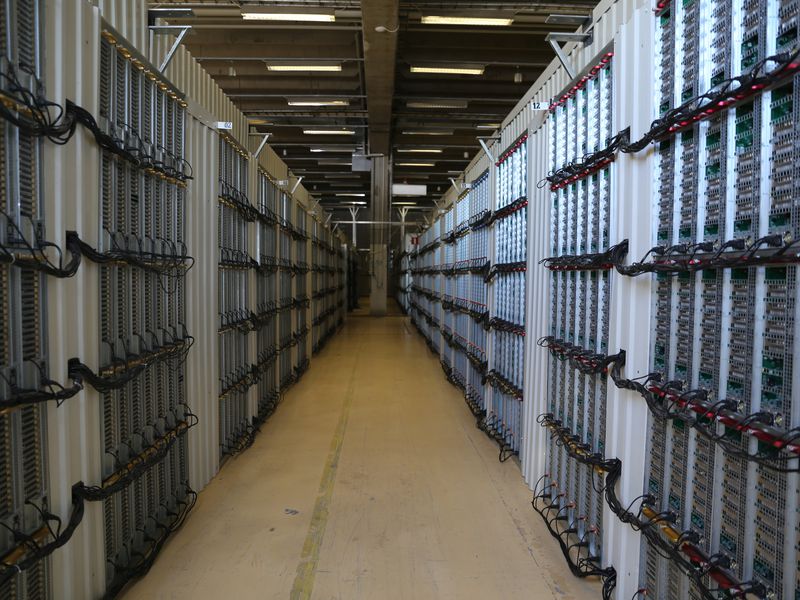 Some of the world's biggest Ethereum miners are looking to shift their computing power to cloud computing and artificial intelligence (AI) ahead of the network's move to a different type of consensus mechanism — an upgrade, known as the Merge.

The Merge is set to take place around Sept. 13-16, and it will switch proof-of-work (PoW) in favor of proof-of-stake (PoS), which will do away with the need for large amounts of computing power and data centers and expected to reduce the network's energy consumption by at least 99.95%.

Canadian crypto miner Hive Blockchain (HIVE) — which was skeptical of the Merge even happening just last month — said on Tuesday that it was testing other coins that are mineable with its fleets of graphics processing units (GPUs) as well as cloud computing and AI applications.

Read more: What the Merge Means for Ethereum Miners

The miner already has a test pilot project running at a "Tier 3" data center, where a portion of the Nvidia A40 GPU cards are being applied to cloud computing. "These cards [A40] can be used for cloud computing and AI applications, and rendering for engineering applications, in addition to scientific modelling of fluid dynamics," the company said in the press release.

Meanwhile, another Canadian miner, Hut 8 (HUT), which has been diversifying into high-performance computing since the start of the year, also said Tuesday that its latest batch of installed GPUs will be "designed to pivot on demand to provide Artificial Intelligence, Machine Learning, or VFX rendering services to customers."

There has been plenty of speculation on what the Ethereum miners will do after the Merge. One theory is that miners will redirect their mining rigs to Ethereum Classic (ETC), which is the splinter network that emerged from the 2016 hard fork, after a hack in which $60 million was stolen from one of the earliest decentralized autonomous organizations (DAO) on the Ethereum network.

Ethereum Classic has, in fact, emerged as a potential winner ahead of Ethereum’s Merge event scheduled for later this month, with network metrics surging to lifetime highs and ETC tokens gaining value in a mostly little-changed crypto market. The Ethereum Classic hashrate reached over 48.64 terahashes per second (TH/s) as of Tuesday morning, having surged more than 133% since July, while ETC tokens have gained some 28% in the past 24 hours.

The price of Hive's shares fell more than 5%, while Hut 8's stock was down about 3%, in-line with most of the mining peers on Tuesday.