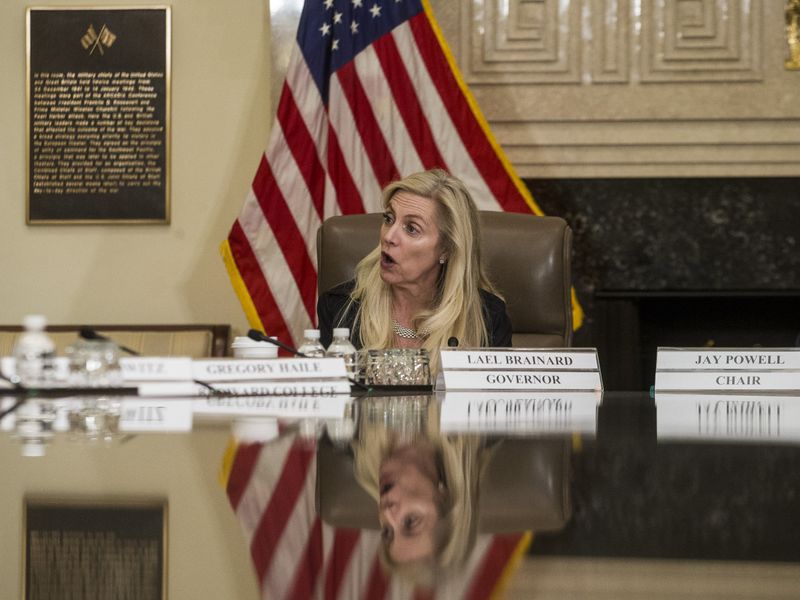 “We have seen that the crypto financial system has all the same risks that we’re very familiar with from traditional finance,” she said in a speech at the Clearing House and Bank Policy Institute 2022 annual conference on Wednesday. But given the unique characteristics of crypto, there's a need for “creating clear regulatory guardrails.”

Brainard is leading the central bank’s exploration of a digital U.S. dollar, and her role as the No. 2 person at the Fed makes her opinions on crypto quite significant. Brainard’s latest remarks echoed her previous statements that the sector needs to meet the same safety standard as traditional finance in order to prevent it from becoming a threat to the broader financial system.

The Fed vice chair also reiterated the risk of stablecoins in her speech. She predicted there will be a lot more of such tokens created by the private sector in the future, calling into question if the central bank should issue its own central bank digital currency (CBDC.)

“Stablecoins is one of those areas that I think has the most potential for risk if not properly regulated and of course those risks can easily spill into the main core financial system because of the runnable nature of stablecoins,” she said.

Back in May, some $60 billion in value evaporated almost overnight after the collapse of algorithmic stablecoin TerraUSD (UST). Meanwhile, some worry that asset-backed stablecoins such as USDT or USDC may not be able to sustain significant amounts of withdrawals.

In November 2021, a committee known as the President’s Working Group on Financial Markets – whose members include the likes of Fed Chair Jerome Powell and Treasury Secretary Janet Yellen – issued recommendations on stablecoins. Brainard characterized its report as “very strong” and she said that she agrees with its recommendations that stablecoins should be subject to bank-like regulation, and that “credential guardrails and the liquidity backstop are the best way to situate stablecoins.”