Ex-Presidential Candidate Andrew Yang Is Raising $1.5M for a Company That Plans to Reward Volunteers With Crypto 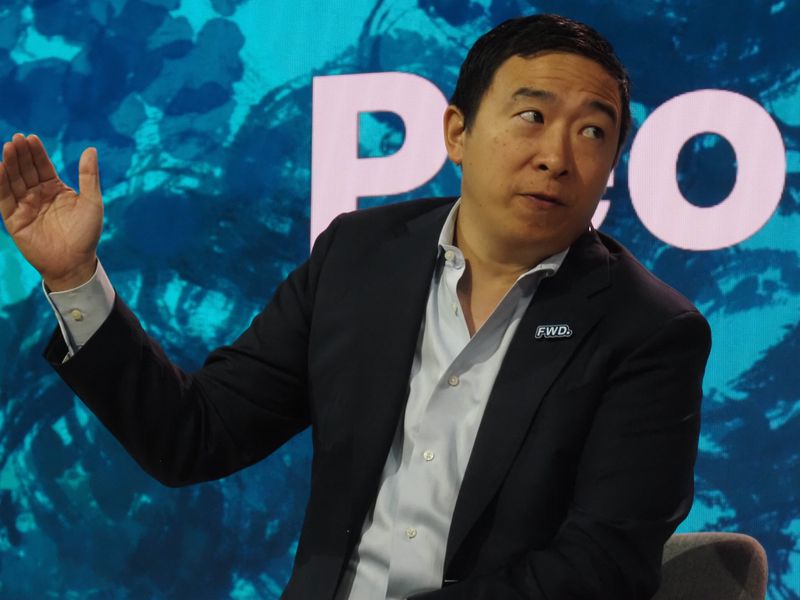 Former U.S. presidential candidate and cryptocurrency proponent Andrew Yang has a new project in the works that will use crypto to incentivize charitable work.

A new filing registered with the U.S. Securities and Exchange Commission on Wednesday listed Yang and his former presidential campaign manager Zach Graumann among the directors and executive officers for a company called Samarity Inc.

A trademark filing reveals that Samarity will, in part, promote “the charities of others by means of the issuance, custody and settlement of cryptocurrency to volunteers in exchange for participation in charitable service.”

According to the SEC filing, Samarity had sold $1 million in an equity offering with a $1.5 million target. The offering also covers options, warrants or other rights to acquire another security. Sales for the offering began on Aug. 25 and the capital raised to date has come from one investor. Graumann is listed as the Chief Executive Officer of Samarity.

Yang, a New York-based entrepreneur, ran as a Democratic Presidential nominee during the 2020 election and also made an unsuccessful bid for New York City mayor last year. Graumann was formerly the client philanthropy director at UBS Wealth Management before serving as Yang’s presidential campaign manager.

The two men met when Yang served as an advisor for SuitUp, a Graumann-founded nonprofit that connects corporations with schools for volunteer opportunities.

A person named Adam Sloan was listed as the third executive officer and director of Samarity.