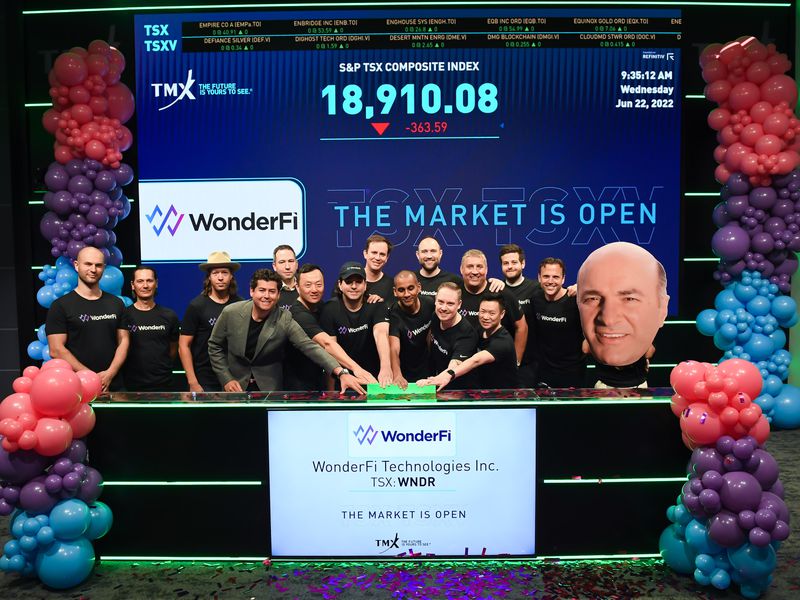 Crypto marketplace WonderFi (WNDR) applied to list on Nasdaq less than two months after the stock started trading on the Toronto Stock Exchange as it looks to boost its international appeal by making the shares available to wider group of investors.

The Vancouver-based company also filed for registration with the U.S. Securities and Exchange Commission (SEC), it said Monday.

"Pursuing both a NASDAQ listing and registration of the Shares in the United States enables the Company to accelerate its previously announced international expansion strategy to enhance shareholder value, while attracting institutional and retail investors globally," WonderFi said.

WonderFi, which has market cap of C$82.3 million ($65 million), has been active in its acquisitions in recent months, closing a $30 million purchase of crypto trading platform Coinberry in July, the week after its listing on the Toronto exchange, and the purchase of crypto exchange Bitbuy in March for around $162 million. Both are based in Canada, and having Nasdaq-listed stock may make it easier for the company to approach acquisition targets in the U.S.

CEO Ben Shamaroo told CoinDesk around the time of the Coinberry acquisition about WonderFi's strategy to acquire nonregulated exchanges that may suffer similar issues to Voyager Digital. Voyager had to cut its daily withdrawal limit to $10,000 in June and is going through bankruptcy proceedings owing to its exposure to struggling hedge fun Three Arrows Capital.

Kevin O'Leary, a noted Canadian businessman and investor, is one of WonderFi's backers.