Can Ethereum Fight Back Against the US’ Sweeping Censorship Attempt? 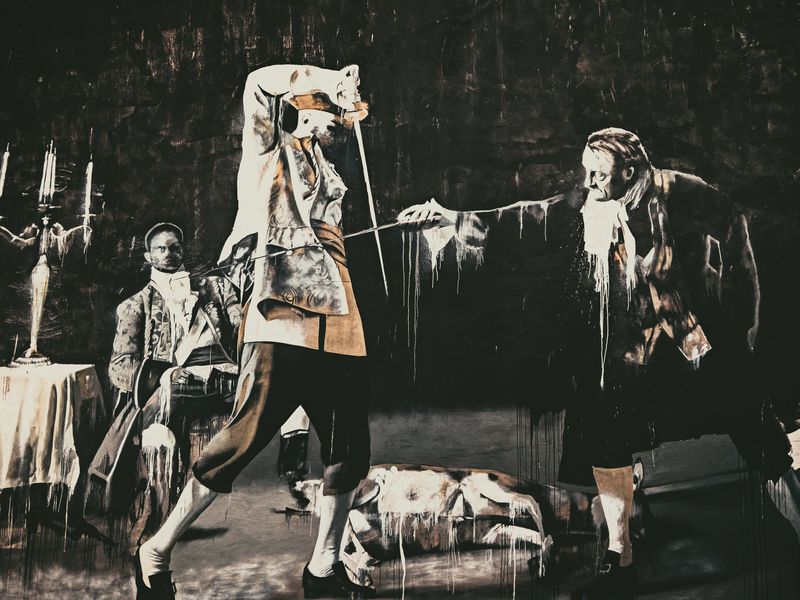 Don’t worry, though, there’s still plenty to chew on out there. For example, we can chew on Ethereum’s long-awaited transition from proof-of-work to proof-of-stake (which we covered last week), which might actually happen soon. Or we can chew on the U.S. Treasury Department’s Office of Foreign Assets Control (OFAC) adding Tornado Cash to its Specially Designated Nationals list because North Korean hackers allegedly used it to launder money.

Since those chewables mean nothing to almost everyone, here’s the more chewable translation: Ethereum (a valuable crypto platform) is doing a big technology upgrade and the U.S. government (through OFAC) made it illegal to use Tornado Cash (an Ethereum “mixer” that obfuscates the path of Ethereum-based transactions) because alleged criminals used it to launder money (which only allegedly happens through Tornado Cash and not in actuality through financial institutions like HSBC).

Instead of diving into details about these two topics, I think we’re be better served to focus on a conversation topic that took place on Twitter about a potential user-activated soft fork (UASF) on Ethereum because it deftly ties these two topics together well. If that means nothing to you now, just hang in there …

There is a fantastic book by Jonathan Bier called “The Blocksize War,” which outlines an important time in Bitcoin’s history (it is available for free in serialized form on BitMEX’s website). Between August 2015 and November 2017, Bitcoin network participants were at war with themselves regarding the size limit of blocks in Bitcoin’s blockchain. While that seems innocuous on the surface, it was a hugely contentious technical debate that eventually led to the creation of an alternate version of Bitcoin called Bitcoin Cash.

Although the book isn’t mandatory reading for those with a cursory interest in Bitcoin, I still think it is a worthwhile read. Let’s skip over a lot of detail around BitcoinXT, Bitcoin Unlimited, Bitcoin Classic, ASICBoost, SegWit2x and much (much) more, and get to the climactic battle of the Blocksize War: The activation of Segregated Witness (SegWit) through a UASF.

What SegWit did was important technologically, but what is more salient for the topic at hand was how it was activated. The diluted, short summary goes like this:

Miners and users run the same software (usually on different hardware), with a notable difference: Miners can mine blocks, users cannot. Bitcoin miners didn’t want SegWit and users did, for a variety of reasons we won’t get into here. Since things get activated on Bitcoin by signaling approval (sort of like casting a vote) through mined blocks, SegWit wasn’t going to happen. But the users really wanted SegWit, so they took their “full nodes” (i.e., their Bitcoin software and hardware), which each independently verifies that Bitcoin blockchain rules are enforced, and started enforcing SegWit.

The users were successful and their actions resulted in a soft fork of the Bitcoin protocol, hence UASF. (The user-activated part is obvious, but the soft fork part just means that the code modification was backwards-compatible.)

But this column isn’t about Bitcoin’s UASF; it’s about how a proposed Ethereum UASF might potentially sidestep OFAC-wrought transaction censorship.

As my colleague Nik De put it: “Tornado Cash sanctions are spiraling into compliance nightmares.” That seems correct. Users who have interacted with Tornado Cash have lost access to decentralized finance (DeFi) platforms, like Aave, which uses Ethereum as its foundation. It seems that DeFi platforms took the OFAC sanctions to heart and barred users even if there was no proof of wrongdoing (beyond using Tornado Cash).

This is a slippery slope.

First and foremost, financial privacy is important and it is, very critically, not only for criminals. Second, the immediate complicity of these platforms is troubling and wholly against the ethos of crypto. Crypto was built up by those who wanted to opt out of the financial system or felt otherwise disenfranchised. It is very clear (to me at least) that crypto proponents should discourage censorship, if they’re interested in remaining consistent.

But here’s where it gets interesting. Naturally, users don’t want wide-sweeping censorship, so there have been discussions circulating on Twitter about a UASF on Ethereum to combat blacklisting Tornado Cash users. There’s a group that thinks Ethereum’s move from proof-of-work (PoW) to proof-of-stake (PoS) might make a UASF feasible because of what is known as slashing. In short, slashing is a way to punish validators – who process Ethereum transactions – that misbehave through what effectively amounts to a fine. The basics of the UASF would go like this:

Except there are a few concrete problems with this scenario that critics don’t like. These critics contend that running a full node (like those mentioned above) won’t really be possible on Ethereum due to its immense computation requirement. Running a node on Bitcoin during its UASF was trivially easy by comparison. How would an individual user enforce the rules of Ethereum if they can’t run their own full node? By yelling about it on the internet?

Further complicating this, it takes committing 32 ETH (~$55,000) to run a validator on Ethereum. Since that is prohibitively expensive for most users, there are things called staking pools where a user can deposit ETH into a validator pool controlled by a larger validator, like Lido or Coinbase (COIN). You might not know what Lido is (a staking pool), but you probably know what Coinbase is (a crypto exchange).

Coinbase is, very critically, a U.S.-based company and OFAC is, very critically, a department of the U.S. Treasury. So in a world where ETH users are trying to do a UASF to combat censorship, what happens if Coinbase’s validator complies with OFAC sanctions? Well, then Coinbase’s validator gets slashed. But as we mentioned above Coinbase runs a staking pool which holds ETH from, you guessed it, the users themselves.

It’s a genuine catch-22: Users want to slash Coinbase’s validator which is holding ETH given to them by themselves. Of course these users could just run their own validators, assuming they have the know-how and the capital, but if they’re already staked in a staking pool (which many are) it’s likely because of a lack of those two things.

To Coinbase's credit, CEO Brian Armstrong has already addressed this dilemma. Lefteris Karapetsas asked staking pools on Twitter what they would do if they were asked to censor at the Ethereum protocol level, giving them two options: a) comply or b) shut down the staking service to preserve network integrity.

Armstrong replied, writing: “... if we did we'd go with B i think. Got to focus on the bigger picture.”

It's a hypothetical we hopefully won't actually face. But if we did we'd go with B i think. Got to focus on the bigger picture. There may be some better option (C) or a legal challenge as well that could help reach a better outcome.

This would be great if it actually occurs, but will it? My skepticism stems from the idea of “UASFing the corporates,” as Eric Wall put it, might come down to corporates UASFing themselves. A corporate-activated soft fork just doesn’t have the same bite as a user-activated one.

That said, there are many more technical details that were left out and, in the end, the viewpoint is still rooted in speculation. I could very well be wrong and a UASF is successfully carried out on Ethereum. I will lastly add that even though I’m generally an Ethereum skeptic, I do think that actively cheering against a fight against sweeping financial censorship should be avoided. It’s the same battle bitcoiners are fighting.