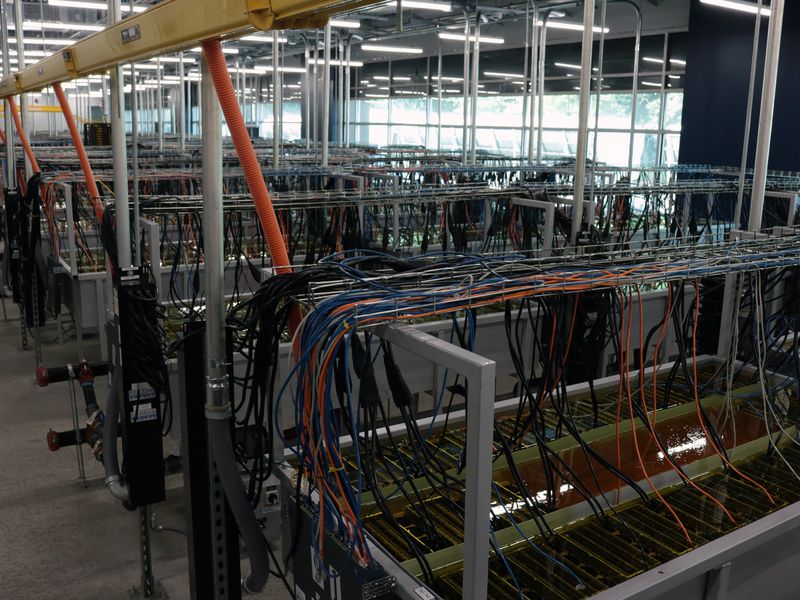 CleanSpark (CLSK) continues its bear market buying spree with an agreement to purchase competitor Mawson Infrastructure Group’s (MIGI) mining facility in Sandersville, Georgia, and 6,468 latest-generation mining rigs for as much as $42.5 million.

The acquisition will mark the latest in a string of deals made by CleanSpark during this year’s crypto winter, which has been particularly tough for miners, dealing with higher energy costs and difficult capital markets in addition to the plunging bitcoin price.

Earlier this week, CleanSpark purchased 10,000 new Bitmain Antminer S19j Pros for $28 million after credits and discounts – a significant markdown from the manufacturer's listed price. In August, the company acquired another mining facility and bitcoin mining rigs in Georgia from Waha Technologies for about $25 million.

The terms of the Mawson deal have CleanSpark paying $26.5 million in cash and $11 million in common stock, $4.5 million of which is subject to hitting earn-out levels. There’s also $5 million of seller financing consisting of a $3 million promissory note and another $2 million earn-out. The maximum purchase price for the facility and miners is $42.5 million.

“The [Sandersville] site is nothing but impressive — well-run by over 20 dedicated professionals who have taken significant pride in the design, development, and maintenance of the site,” said CleanSpark CEO Zachary Bradford in the statement. “We are enthusiastic about Georgia and believe that our expansion there will continue to build value for our shareholders and the communities we operate in throughout Georgia,” he added.

The deal is expected to add 1.4 exahashes per second (EH/s) to CleanSpark’s computing power before year-end, bringing the company’s hashrate to 5.2 EH/s versus previous guidance of 5.0 EH/s. Another 2.4 EH/s are expected to be added in early 2023 and 7.0 EH/s by the end of next year, according to the release.

The sale has been approved by the boards of both companies and is expected to close in early October. H.C. Wainwright acted as the financial advisor to CleanSpark.

The completion of the sale means Mawson’s total exit from Georgia, allowing the company to fully focus on development of its Pennsylvania and Texas facilities, where it sees “opportunity for compelling returns on capital," said CEO James Manning. Prior to this deal, Mawson had five facilities – 4 in the U.S. and one in Australia – according to its latest presentation. Sandersville was its largest mining plant with a planned power capacity of 230 megawatts (MW).

Mawson is not the only miner exiting Georgia. Earlier this month, Compass Mining – a middleman that allows retail investors to participate in bitcoin production – said it was closing two facilities in the state due to rising power costs.

Mawson shares are down nearly 90% this year, underperforming those of CleanSpark which are down a bit more than 50%.