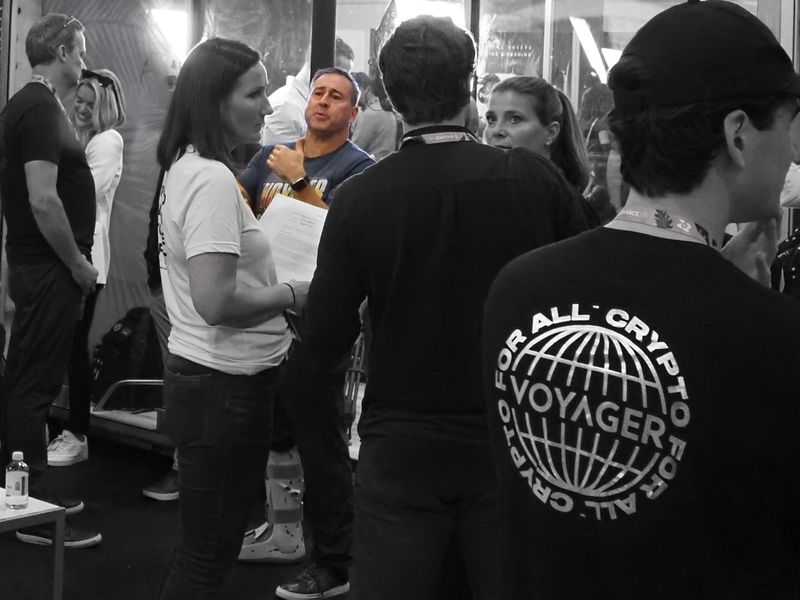 Voyager Digital, the lender whose collapse into bankruptcy worsened this year’s crypto market crisis, is attracting takeover interest from some of the biggest players in the space including exchanges Binance and FTX, according to people familiar with the matter. U.S.-based exchange Coinbase (COIN) evaluated a deal but withdrew, one person said.

Bids for Voyager assets are due Friday in a sale process taking place as part of its Chapter 11 bankruptcy. An auction, if needed to pick a winner, would follow on Aug. 29.

According to a presentation from the company’s lawyers earlier this month, at least 22 investors had gone through due diligence and indicated their interest in bidding for Voyager’s assets, so Binance, FTX and Coinbase are likely not the only suitors.

Binance, the world’s largest crypto exchange, is keen to purchase Voyager, according to industry sources who have learned of the company’s interest. “Binance is excited and pursuing hard,” one of the people said. The exchange is “pushing hard on buying into institutional,” a second person said.

“We have a policy to only disclose deals after they are complete and cannot confirm or deny any potential deals,” a Binance spokesperson said. In an interview with the New York Times published last week, Binance CEO Changpeng Zhao said Voyager – as well as Celsius Network, another crypto lender in bankruptcy – had approached his company to discuss selling assets. “Our team’s engaging in all of those conversations,” he said in the interview.

FTX, which publicly made an offer last month that Voyager’s lawyers slapped down, remains in the running, according to a person with direct knowledge of the crypto exchange’s plans.

Coinbase’s involvement was in the form of a potential partnership with Callaway Capital Management, a Washington, D.C.-based firm that specializes in distressed assets. Coinbase, the largest U.S. crypto exchange, evaluated a possible restructuring plan for Voyager but backed out after concluding “the financials don’t add up,” according to a person with direct knowledge of the company’s thinking.

Voyager’s collapse was one of the key moments of this year’s crypto crisis. Plunging crypto prices spooked customers of lenders like Voyager, prompting a bank run as too many clients at once tried to withdraw their funds. Voyager halted withdrawals and then filed for bankruptcy.

That turned its customers – and those of Celsius – into company creditors in bankruptcy court, forced to get in line with sophisticated restructuring lawyers and financiers as novice participants in a potentially laborious process to get their funds back.

Details of any sale agreement negotiated after Monday’s auction could be unveiled in a hearing slated for Sept. 7. The bidding and auction process is parallel to Voyager’s proposed standalone reorganization process.