Bitcoin as a Currency - Made for Everyone 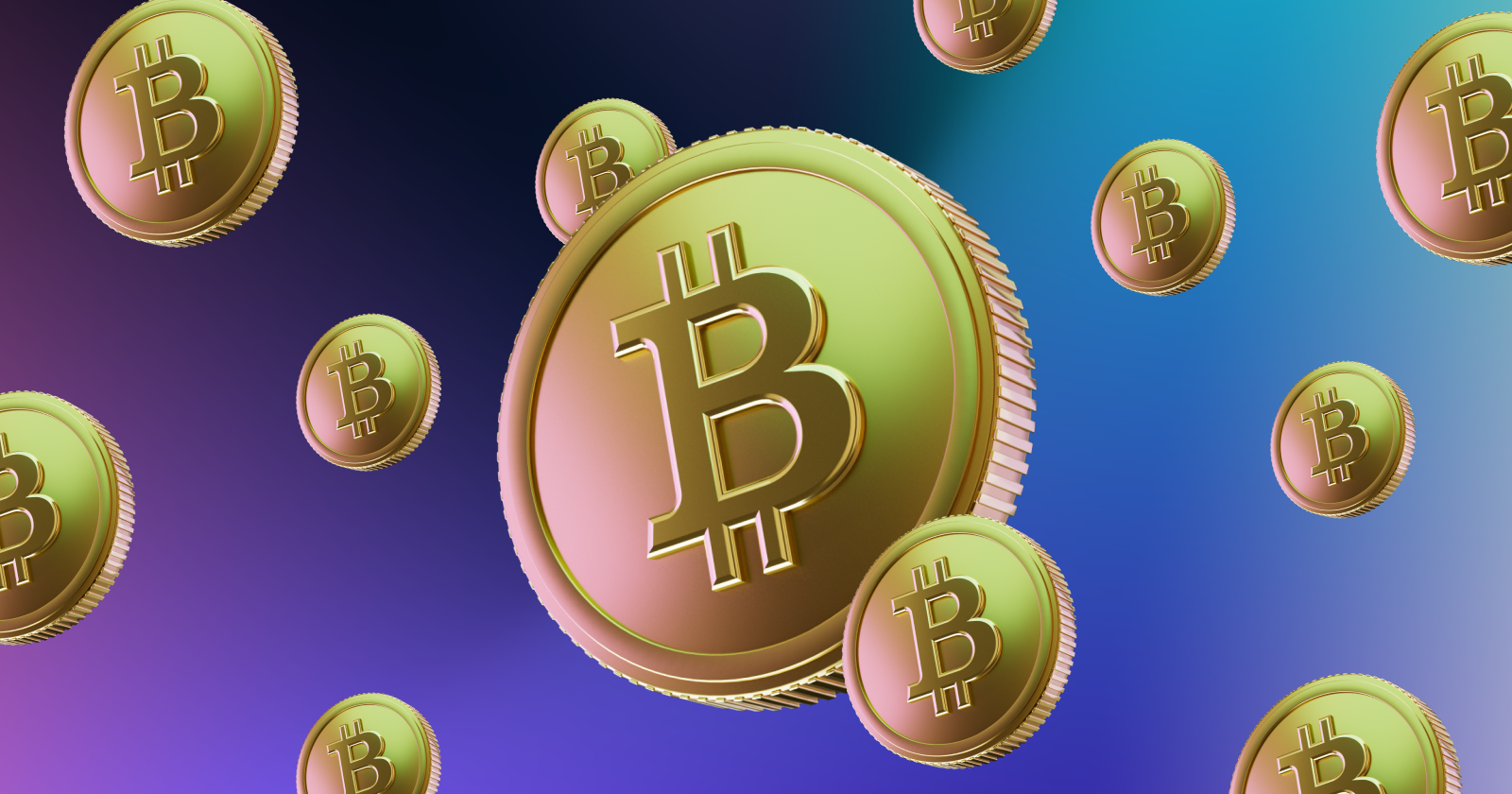 When bitcoin first appeared, it promised to revolutionize modern payment systems by allowing for quick permissionless transactions. A dozen years on, it has been met with great success in some areas and modest success in others. While it is still early days for bitcoin (other forms of money have been around for millennia), its adoption as a payment system is still quite limited, and the costs and time it takes to process transactions are higher than expected.

Considering that bitcoin began with a value of a fraction of a cent and nearly hit $70k in the bull run of 2021, it has presented early investors with spectacular profits. Throughout its brief history, which spans a single digit number of market cycles, Bitcoin typically rewards patient, long-term investors. Except for those who joined during the previous cycle, most holders are well into profits. Because of its scarcity and potential as a widespread replacement for fiat money, bitcoin is becoming more and more equated with "digital gold."

This is not to say that bitcoin isn't used as a payment method. According to the collaborative tool Coinmap.org, over 30,000 merchants accept bitcoin at the time of writing. This is more than double the number from two years ago.

Several progressive cities are allowing citizens to pay their taxes in cryptocurrency. Some municipalities are even investing a portion of their Treasury reserves in cryptocurrencies. The Swiss city of Lugano, for example, accepts cryptocurrency for taxes, as well as at McDonald's, art galleries, and other establishments. In the future, the economic capital of the Italian region of Switzerland hopes to accept cryptocurrencies for all goods and services. Rio de Janeiro, Brazil, recently announced that it will allow cryptocurrencies to be used to pay municipal real estate taxes beginning in 2023, and that it plans to allocate 1% of its crypto reserves to cryptocurrencies.

Does bitcoin have what it takes to be used as a currency and even a nation's legal tender? Currencies must be capable of performing three major functions. Let us examine the functions of currencies and evaluate bitcoin from this standpoint:

A currency's first function is as a medium of exchange. Money was created to eliminate the bartering process, which is based on the coincidence of two parties' needs (i.e., both parties wanting what the other party has). Not only is finding the other party inconvenient, but the items may not be divisible enough to allow for a fair or agreed-upon exchange. It is critical for the currency to facilitate the exchange of goods and services between the parties involved. To accomplish this, the currency must have five properties:

Durability: Money must be long-lasting enough to be used frequently without deterioration over time. Paper money can be burned or torn while gold is extremely durable. A digital record of transactions, on the other hand, is physically impossible to degrade or destroy because it is entirely data-based. An attacker would have to destroy every machine that has the Bitcoin blockchain saved on its hard drive, to destroy any Bitcoin.

Transportability: Individuals must be able to carry money in order to transact with it. The funds should also be free of any restrictions that would impede their transfer, such as capital controls. Bitcoin transactions are censorship resistant because they do not require intermediaries or permission to take place.

Divisibility: The more money that can be divided into smaller bits, the more flexible it is and can accommodate trades of various sizes. While major currencies like the dollar, euro, yen, British pound, and Swiss franc can only be divided into 100 units ($ cents, € cents, sens, pence, and centimes, respectively), each bitcoin is made up of 100 million Satoshi and could be used for micropayments in the future. A significant barrier to using bitcoin for micropayments is that spending it, like selling it, is considered a taxable event,  and users must report gains or losses.

The Lightning Network, a peer-to-peer routed payment protocol that operates as a second layer on top of a blockchain, can be used for transactions that are faster, cheaper, and of lower value.

Fungibility: Every unit, such as a $5 bill or 1 Satoshi, is worth the same as the next and can be exchanged for another. Since the introduction of NFTs, the term "fungible" has become more widely used. Each non-fungible token is distinct and cannot be replaced.

Non-counterfeitability: Unauthorized entities should not be able to duplicate money. Blockchain technology ensures that the history of each transaction is replicated and distributed across so many computers that it is virtually impossible to duplicate or double-spend.

The network's security also ensures that Bitcoin will not be counterfeited. There is no single point of failure in a distributed network. Bitcoin does not exist in any physical or virtual form. It only exists as ledger entries, following a consensus of the transactions that have occurred. The only way to counterfeit a bitcoin would be to perform a "double-spend," or spend the same bitcoin twice. To do so, one would need to control more than half of all network power. This is known as a 51% attack, and it requires so much computing power and energy that not only is it extremely unlikely, but it would be less profitable for a bad actor to attempt.

To sum up, while bitcoin has the necessary properties to be used as currency, money must also be accepted as a means of exchange in order to be traded for goods and services. Although the number of businesses accepting Bitcoin payments is growing, these transactions still account for a small portion of the economy.

The second key function of a currency is to serve as a unit of account, providing a standard against which the market value of goods and services can be measured.

The unit of account serves as the foundation for creating an accounting system. It is required for evaluating assets and liabilities, interpreting prices, forming business agreements and tracking profits and performance.

Bitcoin is a highly volatile currency that will remain so for the foreseeable future; as such, it is not a particularly useful unit of account. To make matters even more complicated, the price of Bitcoin not only fluctuates on exchanges, but it also frequently trades at different rates on multiple exchanges. Recalculating the value of a currency is impractical, especially when it comes to debt settlement and future contracts.

Even though accounting is based on a stable unit of account, major currencies are actually inflationary over long periods of time as prices tend to rise over time.

On the plus side, Bitcoin's divisibility into 100 million Satoshi is a distinct advantage for its use as a unit of account and attests to its scalability as a global means of payment, including micropayments - at the time of writing, 1 USD is 5154 Satoshi.

Finally, a currency should be able to function as a store of value, that is, wealth that can be saved and retrieved in the future with certainty about its value. The expectation of future demand and supply determines an asset's future value. Financial instruments such as gold, stocks, currencies, and even real estate are all prone to volatility. While some assets perform better than others, there is no perfect store of value that guarantees the asset's value will be preserved over time.

Bitcoin's value, like that of many other emerging sectors and technologies, is highly volatile. While it has seen substantial gains in value over the long term since it was first traded in 2009, market cycles have seen corrections of the order of 80%, proving it to be a poor short-term store of value for many.

Any asset with such wild swings is not regarded as a good store of value. However, bitcoin's fixed supply and slightly deflationary properties place it in a new asset class comparable to digital gold.

After considering bitcoin from all three perspectives, we may conclude that no one type of currency can serve all three functions perfectly. There are always trade-offs to be made, such as between efficiency and stability, usefulness and counterfeitability, and inflation and deflation risks. Bitcoin is still in its early stages, but after it has moved past the phase of high volatility and price exploration, it will be able to serve as money more effectively and, owing to its technology, present a viable alternative to current centralized financial institutions and monetary regimes.

Now that you know what makes BTC sound money, discover the basics behind  the technology that powers the Bitcoin network.

Invest in Bitcoin simply and securely, with XBO.com. Bitcoin in the Charts - Sloping Trendline

We look at how the sloping trendline, which has shifted from resistance to support, can tell us about the price of the leading crypto asset in the next weeks. The downward sloping trendline, formed by connecting the previous all-time high (ATH) and... Bitcoin Technology - Made for Everyone

Bitcoin, the first cryptocurrency, is a type of digital money that allows person-to-person transactions to be transferred via a peer-to-peer network that is independent of the banking system and with minimal fees. When capitalized, Bitcoin refers to the entire network and the underlying p... Altcoins is an umbrella term that includes all cryptocurrencies and tokens besides Bitcoin. Since altcoins have been increasingly popular over the past several years, crypto exchanges now provide a large selection of cryptocurrencies. After signing up for an account and buying Bitcoin ( BTC ) or Ethe... Altcoins – Made for Everyone

Altcoin is a general term used to describe any cryptocurrency other than Bitcoin. The earliest altcoins to emerge were attempts to improve on Bitcoin’s design. Developers quickly began creating altcoins with additional features, showcasing different use cases for the blockchain. During the process, a new class...