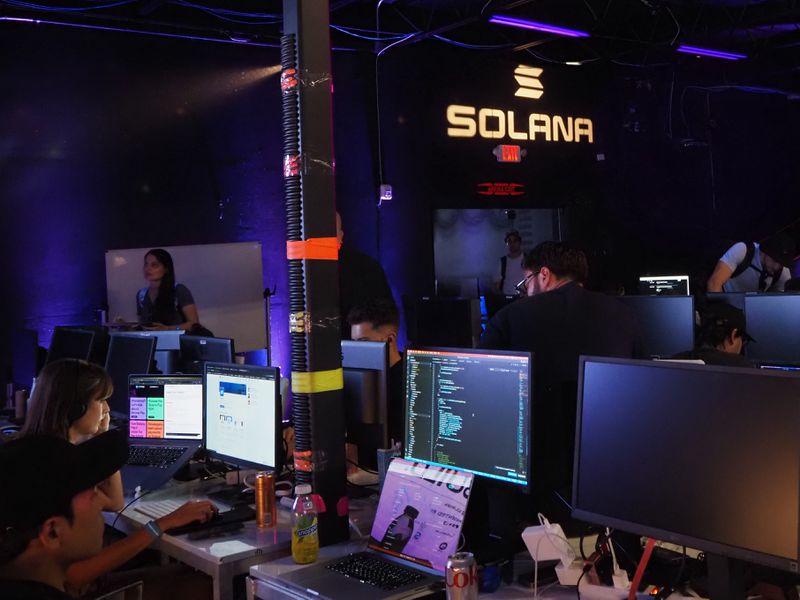 The developers behind decentralized telecommunications network Helium have proposed shifting the entirety of the protocol to Solana citing faster transaction speeds, high uptimes and more interoperability with other blockchains as key reasons.

Helium developers proposed shifting all Helium-based tokens, governance, and economics around the network’s native HNT, DC, IOT and MOBILE tokens onto the Solana blockchain. The move would help scale the Helium network, which has grown to over 1 million “hotspots” in recent months, developers said.

Helium would also be utilized with ongoing Solana projects, such as the Solana Saga smartphone, thus increasing its use case, developers said.

“Solana is a Layer 1 blockchain that focuses on the importance of scalability and speed,” developers said, adding the network does not compromise on security or scalability. Solana has faced uptime issues in the past, however.

Hotspots enable anyone to own and operate a wireless network for low-power Internet of Things (IoT) devices while providing coverage for devices using Helium LongFi in return for HNT rewards.

PoC is an intensive program, however, and Helium developers have proposed to scrap the mechanism while shifting to Solana. Such a move is said to make the blockchain requirements to support the Helium network “become much simpler” and be supported on Solana.

The proposal comes months after Helium raised $200 million in a Series D funding round at a $1.2 billion valuation in February in a round led by Tiger Global and FTX Ventures, who joined existing investors Multicoin Capital and a16z. All these firms have previously invested hundreds of millions of dollars in the Solana ecosystem.