Who Can Say Who Is Not Satoshi? Hodlonaut and Wright Go to Trial to Find Out 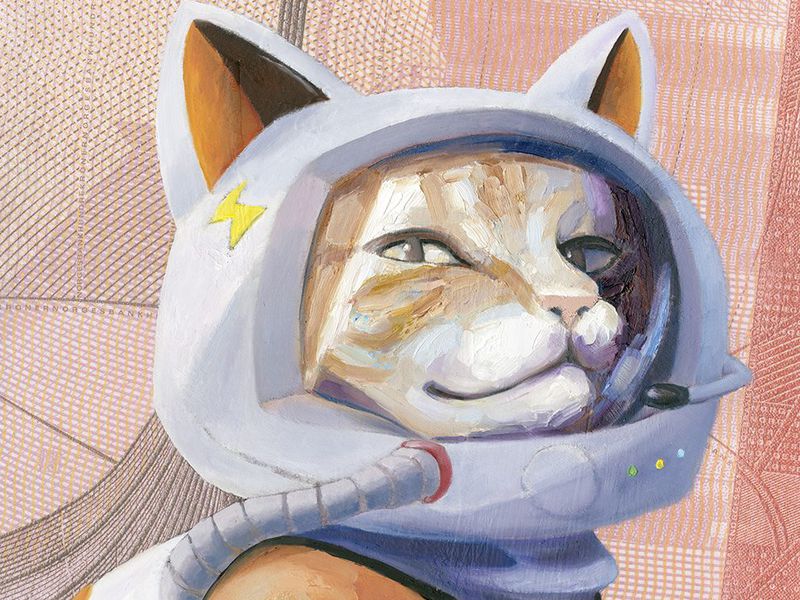 OSLO, Norway — Crypto Twitter personality Hodlonaut and Craig Wright, the Australian computer scientist who has long claimed to be the pseudonymous creator of Bitcoin, will face off in an Oslo courtroom on Monday to settle a years-long legal dispute.

The 7-day trial seeks to determine whether a series of Hodlonaut’s tweets in March 2019 – in which he wrote that Wright’s claims to be Satoshi Nakamoto were false, and called him a fraud and a scammer – are protected by freedom of speech in Norway.

The suit, brought by Hodlonaut, is one of two concurrent lawsuits between the two men over the tweets. Wright has also sued Hodlonaut (known in real life as Magnus Granath, but more commonly known in the crypto sphere by his pseudonym) in the United Kingdom. If Hodlonaut emerges victorious in Norway, Wright would be unable to collect damages for libel in connection to the tweets in the U.K..

Hodlonaut is far from the only person to question Wright’s claims to be Satoshi Nakamoto: Wright has been widely discredited, largely due to his refusal – or inability – to offer concrete proof that he is Satoshi.

Nor is Hodlonaut the first to face legal action for speaking out against Wright. Just last month, a verdict was reached in a similar libel suit brought by Wright against podcaster Peter McCormack, who called Wright a liar and a fraud in 2019.

Though a British court found that McCormack’s statements caused “serious harm” to Wright’s reputation, Wright was penalized for giving the judge “deliberately false evidence” – and awarded a single British pound in damages.

The suit against Craig Wright, explained

The trial in Norway, initiated by Hodlonaut, seeks a declaratory judgment (essentially a legally binding determination by a judge) that his tweets were protected by freedom of speech, as provided for in the Norwegian constitution.

If Hodlonaut wins his suit, it would prevent another, simultaneous libel suit initiated by Craig Wright against Hodlonaut in the United Kingdom from moving forward.

Hodlonaut filed the Norwegian suit in May 2019, after receiving a legal notice from Wright’s lawyers via Twitter two months earlier. The notice demanded that Hodlonaut “delete all tweets and other online or other publications in which [he] alleged that [Wright] had fraudulently claimed to be Satoshi Nakamoto,” as well as tweet a statement – written by Wright’s lawyers – apologizing to Wright and “accepting” him as the creator of Bitcoin.

In April 2019, Wright’s supporters placed a $5,000 bounty on Hodlonaut’s real-life identity, which was not known at the time. According to Hodlonaut, Wright’s lawyers petitioned Twitter to disclose his identity, while bounty hunters and private investigators simultaneously worked to dox him.

By mid-May of that year, Hodlonaut was outed as Magnus Granath after a private investigator posing as a police officer convinced his employer to turn over his phone number and other personal information. (Note: CoinDesk takes doxxing very seriously. We weighed the benefits of using Hodlonaut’s real name in our coverage of this case, and ultimately decided that, because his name is a matter of public record in an ongoing litigation, it made sense to include it – and the details of how it was discovered – in our coverage).

Anticipating a suit by Wright, Hodlonaut filed his own participation for declaratory judgment three days after he was doxxed. Less than a month later, Hodlonaut’s fears were confirmed when Wright’s legal team filed a libel suit against him in the U.K..

Over the convoluted course of the following two years, both Wright and Hodlonaut filed petitions to throw out each other’s suits, all of which were ultimately unsuccessful (and expensive).

The legal battle has also had unintended consequences outside of its impact on Wright and Hodlonaut’s lives – it also led to a wave of exchanges delisting BSV (Bitcoin Satoshi’s Vision), the native token of the fork of Bitcoin created by Wright.

After the bounty was placed on Hodlonaut’s identity, Binance CEO Changpeng “CZ” Zhao tweeted “Craig Wright is not Satoshi. Anymore of this sh!t, we delist!”

Craig Wright is not Satoshi.

Anymore of this sh!t, we delist! https://t.co/hrnt3fDACq

Two days after his Twitter threat, CZ tweeted: “Craig Wright is [a] fraud…the real Satoshi can digitally sign any message to prove it. This is as simple as breathing for him/her. And we have the pub[lic] key. Until then, everyone is Satoshi, except Craig Wright!”

On April 15, 2019, three days after CZ’s initial threat, BSV was delisted from Binance.

The following day, Kraken announced it would follow suit in delisting BSV.

“The team behind Bitcoin SV have engaged in behavior completely antithetical to everything we at Kraken and the wider crypto community stands for,” the company wrote in a press announcement. “It started with fraudulent claims, escalating to threats and legal action, with the BSV team suing a number of people speaking out against them. The threats made last week to individual members of the community were the last straw.”

Wright’s libel suit against Hodlonaut is widely considered to be a SLAPP suit (an acronym for “strategic lawsuits against public participation”) meant to intimidate and censor both Hodlonaut and future critics from publicly opposing Wright.

Financially backed by online gambling magnate Calvin Ayre, who claims to be a billionaire, Wright has the means to pursue litigation that is financially burdensome – and for many people, impossible – to defend against.

Ayre has spoken openly about this: In April 2019, he tweeted, “No need to sue everyone, just waiting for a volunteer to bankrupt themselves trying to prove a negative and then letting Craig show the proof. Who will be this moron?”

Wright has avoided similar suits against outspoken critics with deeper pockets, including Ethereum creator Vitalik Buterin, who has openly and repeatedly called Wright a scammer.

The Bitcoin community has rallied around Hodlonaut, raising money for his legal defense through donations and auctions. At the time of publication, 70.7 bitcoins (worth around $1.5 million USD at press time) had been donated, along with $64,000 in fiat donations, from over 2,500 donors.

Though Wright has grounds to sue Hodlonaut in the United Kingdom – he has been a resident of London since 2015 – a more cynical take on Wright’s choice of venue is that he is much more likely to win a defamation suit there than he is in Norway or anywhere else.

Due to its strict libel laws that place the burden of proof on the defendant, rather than the claimant, the U.K. is famous for being the “libel tourism” capital of the world. Journalists and media personalities have historically been targeted by political leaders, companies and wealthy individuals.

With more money and without the burden of proving their critics wrong, the plaintiffs usually win – often resulting in substantial verdicts for the plaintiffs and, for the country, a chilling effect on the freedom of speech.

A history of litigation

Wright’s twin defamation suits against Hodlonaut and McCormack are not his first foray into the courtroom.

His claims to be Satoshi Nakamoto have been followed by a string of lawsuits, where Wright is often the plaintiff and occasionally the defendant.

His penchant for suing Bitcoin developers (demanding, among other things, that they give him access to funds stolen in the infamous Mt. Gox hack) and groups that host the Bitcoin white paper online led Block founder and CEO Jack Dorsey to set up a non-profit legal defense fund earlier this year.

In 2020, the Cryptocurrency Open Patent Alliance (COPA) was created by Block and joined by other tech companies, including Meta, to pool patents and preserve the industry’s open-source ethos.

In 2021, COPA filed a lawsuit against Wright over his attempts to copyright the Bitcoin white paper.

Last year, Wright also faced Ira Kleiman – the brother of Wright’s friend Dave Kleiman – who sued him in a Miami court over the ownership of Satoshi’s bitcoins. While the jury found that Wright and Kleiman were not business partners, and that Wright did not owe his estate any bitcoins (which he has not been able to prove ownership of, anyway), he was ordered to pay $100 million in compensatory damages for conversion (a type of theft) of intellectual property.

When CoinDesk asked Vel Freedman, an attorney for the plaintiffs, how much of that $100 million Wright has so far paid to the Kleiman estate, 9 months after the verdict was issued, Freedman answered: