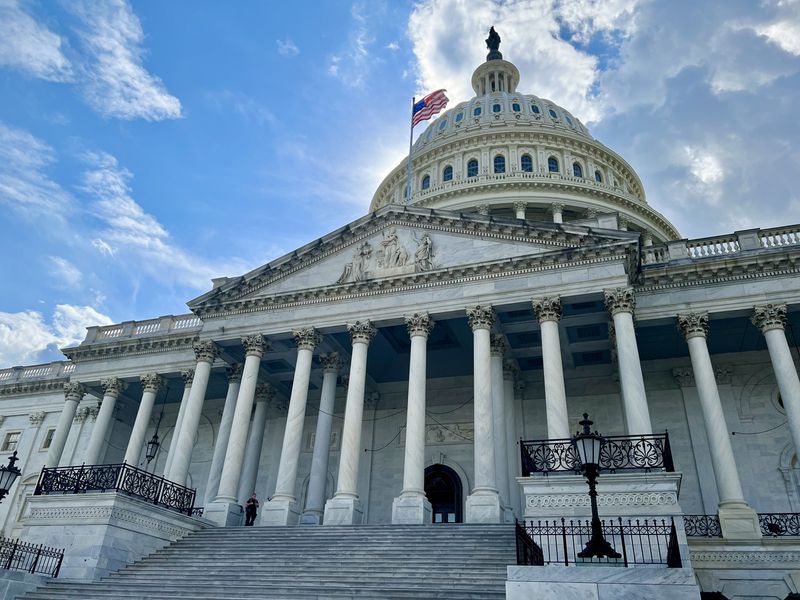 One of Congress’ most serious efforts toward stablecoin oversight may have hit an insurmountable snag as negotiations in the House Financial Services Committee drag out further than the calendar is likely to allow.

A legislative push toward the crypto industry’s first significant set of U.S. regulations remains bogged down over negotiations between the panel’s Democratic chairwoman and its ranking Republican, despite initial plans that aimed to release a draft of the bill as early as this week, according to three people familiar with the talks. There have been a number of points to iron out, including such thorny topics as the role of state regulators, the possibility of a future digital dollar in the U.S. and the treatment of customer money held by crypto platforms.

While the negotiations are still going between Chairwoman Maxine Waters (D-Calif.) and Rep. Patrick McHenry (R-N.C.), the timeline is tightening for getting a bill through Congress. At this stage – as lawmakers devote more and more attention to the November midterms approaching and as the legislative session winds to a close – the effort is unlikely to make it through this year, the people said. Though there had been some discussion of a bill being marked up – or revised in preparation for a committee vote – by mid-September, it may slip until much later in this session, or not at all.

However, because the same lawmakers are likely to win their races in November, the effort could be picked up and dusted off by the new Congress next year.

Spokespeople for Waters and McHenry did not respond to requests for comment.

"If it's true that the bill isn't moving to markup, we're glad committee leadership has decided not to move forward with what likely would have been a problematic proposal,” said Mark Hays, a policy analyst for Americans for Financial Reform, who advocates a “slower, more deliberate approach” and says there is already “a great deal regulators can do right now to address the risks posed by stablecoins to consumers and the market.”

The industry, however, has been calling for Congress to start establishing federal oversight over crypto, settling some of the uncertainties of an unrelated sector. The absence of rules in stablecoins – digital tokens meant to maintain steady value by being tied to assets such as the U.S. dollar – was on wide display in May with the fatal plunge of Terra-LUNA, which gave critical lawmakers something to focus on.

The Waters-McHenry bill had neared the finish line for a draft to be released weeks ago, before Congress’ summer break, but at least one last-minute request from the Treasury Department complicated the talks, a person familiar with that development had said. Treasury Secretary Janet Yellen – concerned with so many crypto investors losing access to their money as firm after firm collapsed in recent months – had insisted that the legislation carry a provision to keep crypto customers’ money legally walled off from the assets of the companies they were dealing with.

When Waters announced in late July that an agreement was still out of reach and they’d have to revisit the legislation after the recess, she’d also said that she wanted the bill to direct the Federal Reserve to do more work toward a digital dollar – a controversial point. McHenry and other Republican lawmakers have asked for caution from the Fed on issuing a central bank digital currency (CBDC), insisting that the central bank ensures it’s worthwhile and allows a leading role for the private sector.

The sides are also trying to hash out what authorities state regulators should have as federal rules are established.

Now, as Congress prepares to get rolling again after Labor Day, the stablecoin work is one of several efforts trying to make a mark on crypto.

“It’s critical that we continue moving the ball forward on this so we can have a regulatory framework that protects consumers, while allowing for responsible innovation,” Waters had said in her statement weeks ago.

But since then, lawmakers have made progress on other fronts, too. The Senate Agriculture Committee is expected to devote time this month to a more comprehensive crypto bill introduced last month by Chairwoman Debbie Stabenow (D-Mich.) and the panel’s ranking Republican, Sen. John Boozman (R-Ark.).