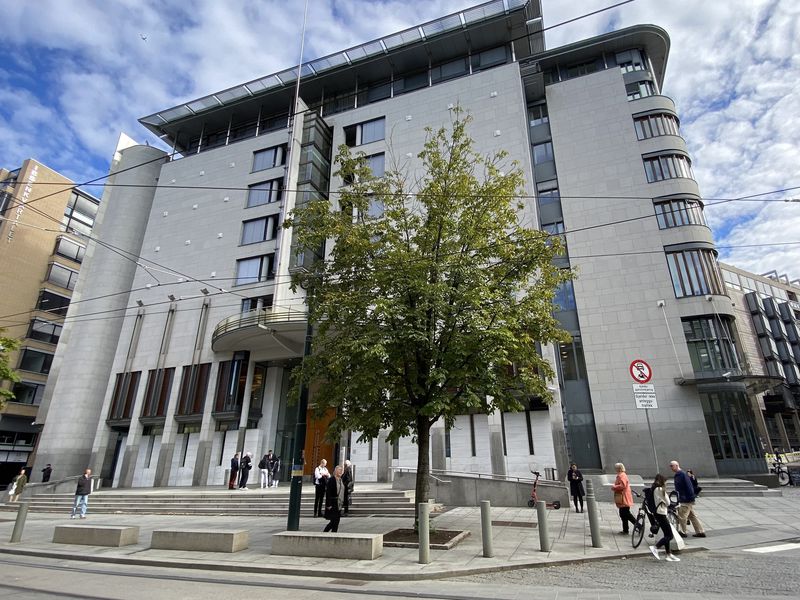 OSLO, Norway — Claims by Australian computer scientist Craig Wright to be the founder of Bitcoin were dismissed as “not credible” and a “farce” by lawyers for Twitter personality Hodlonaut, otherwise known as Magnus Granath, in closing arguments offered in Oslo’s District Court Monday.

As the trial – one of two ongoing civil cases between Wright and Granath – reaches its sixth and likely penultimate day, the case has put under the spotlight a range of evidence Wright furnished in a bid to prove he is the author of the infamous 2008 paper that launched the cryptocurrency revolution – and whether comments tweeted by Granath in March 2019, in which he called Wright a fraud, are protected under Norway’s free speech laws.

Read more: Who Can Say Who Is Not Satoshi? Hodlonaut and Wright Go to Trial to Find Out

In 2015, Wright said he was the Bitcoin founder pseudonymously called Satoshi Nakamoto. He has offered a range of evidence, including purported early drafts of Nakamoto’s 2008 paper that proposed the cryptocurrency, and references to a signing session he held in 2016. In that session, he purported to show witnesses he held the private keys for early bitcoins that only Nakamoto would have.

Witnesses called by Wright on Monday attempted to throw cold water on evidence offered by digital forensics specialists KPMG last week, which sought to unmask those documents as forgeries.

“In digital forensics … if an independent third party were to verify, they should be able to recreate the steps and the environment exactly as it was,” Klaudia Sokolowska, an investigator for cybersecurity company Cyfor, told the court.

But she “did not see an adequate description of their testing environment” to enable her to scientifically reproduce KPMG’s results, Sokolowska said.

Discrepancies detected by KPMG in double spacings in the draft’s text and edit times reported in document metadata couldn’t be reproduced or weren’t reliable indicators, Sokolowska and fellow witness Dashley van Schijndel, a forensic investigator at BDO in Norway, said.

But even Wright’s witnesses appeared to uphold KPMG findings that the documents, including a supposed early draft of Nakamoto’s white paper, must have been written after 2008 because they used typefaces unavailable at that time.

In one case, the 2008 date on a document used to show Wright had researched the name “Nakamoto” in advance of the white paper’s publication, had used a different, smaller font for the second zero and eight, evidence submitted by KPMG had shown – suggesting it had been tampered with. 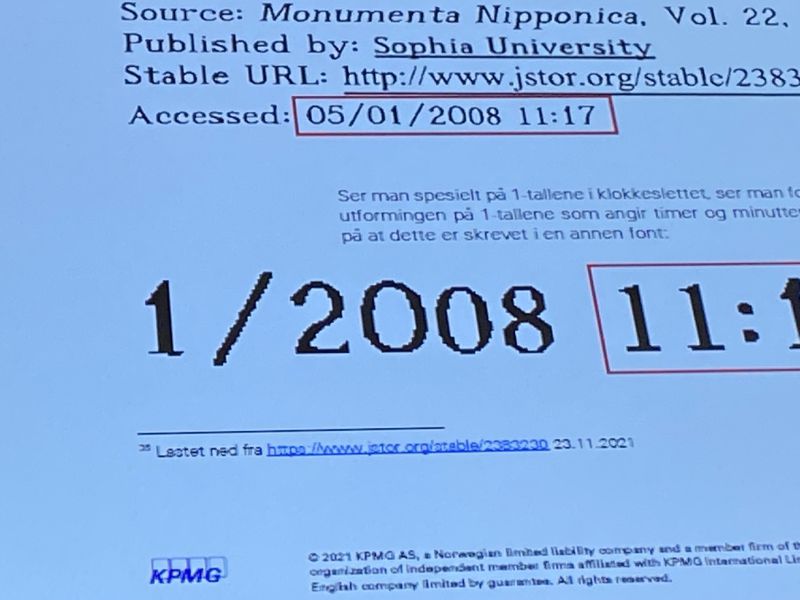 DPA’s findings were “consistent … with what KPMG found in their report,” van Schijndel told District Court Judge Helen Engebrigtsen. “This would include the findings in regard to the fonts.”

That was enough for Ørjan Salvesen Haukaas, Granath’s lawyer, to conclude a pattern of misrepresentation by Wright.

“The fact that these documents were forged wasn’t even contested by Wright in his statement” to the court, Haukaas said.

Wright’s draft included a footnoted reference to a 1998 paper on electronic cash – despite emails suggesting that, at the supposed time of drafting, Nakamoto was uncertain about that paper’s date of publication, Haukaas noted.

Wright’s claims he couldn’t prove his identity because he’d stomped on the hard drives containing the proof are “not credible,” Haukaas said.

A 2016 ceremony designed to prove Wright had access to Nakamoto’s private keys was a “farce” with a “number of red flags,” Haukaas said, because Wright could have offered a more effective proof more simply. The court had earlier been told of a range of ways in which witnesses to the signature could have been fooled by Wright.

Dismissing testimony from Wright’s former colleagues and family members, offered to the court last week, as either self-interested or not capable of backing up his claims, Haukaas said his case to be Nakamoto was distinctly wobbly.

Wright “could have proved it but chose not to,” Haukaas said. “I didn’t understand the reason. I don't think the rest of you understood it either.”

Freedom to 'express oneself about untrue things'

Those arguments about Nakamoto’s identity are clearly germane to the case.

Documents “are what the case is about,” said Engebrigtsen, adding that she was “not tired” by hours of experts quibbling over font sizes and pdf metadata.

But really, Haukaas said, the question for the court is “not whether he is Satoshi or not,” but “whether he’s entitled to restitution from Mr. Granath” for tweets that described Wright as a “fraud” and “scammer.”

Granath, who went by the Twitter pseudonym Hodlonaut before being doxxed by Wright, has sued Wright in Norway to get a judge to rule that his tweets were protected by freedom of speech – and prevent a libel case filed by Wright in the U.K. seeking financial damages in connection to the tweets from moving forward.

Not only does the term “fraud” fit, Haukaas said, citing the Merriam-Webster definition of a “person who is not what he or she pretends to be” – but he argues the right to use that word is protected by the Norwegian constitution.

“A protection of the right of the individual to seek truth, to express oneself about untrue things is a strong and important right,” Haukaas said.

As such, it might not be Nakamoto’s identity but Norwegian precedents in defamation law that prove the crux of the case.

Nonetheless, Haukaas reckons, the principle of revealing Wright’s true status gets to the heart of the purpose of Bitcoin – a new system of money in which power is distributed.

With blockchain consensus mechanisms, “the general public must step up to the plate … [T]here’s a need for the users to actually get involved,” Haukaas said.

Read more: Bitcoin's Health May Hinge on a Legal Feud in Norway

Commentary like Granath’s is fundamental if those involved in blockchains are to know what they agree with and what they don’t, he argues.

The trial continues Wednesday in a hearing set to include closing statements by Wright’s lawyers.

Catch up on the trial thus far:

Who Can Say Who Is Not Satoshi? Hodlonaut and Wright Go to Trial to Find Out