Coinbase Wants You to Register to Vote (for Pro-Crypto Candidates) 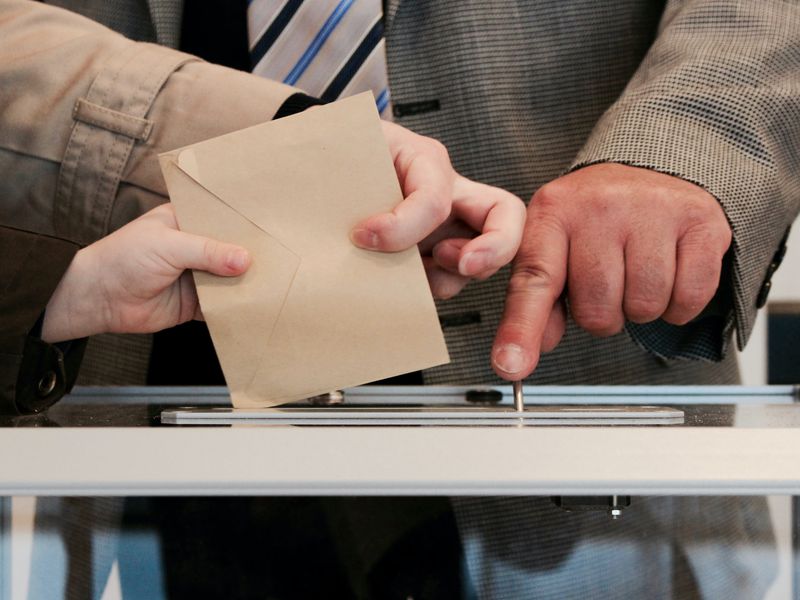 Coinbase is gearing up for the upcoming midterm elections by calling on its customers to register to vote and get informed about where candidates stand on crypto-related issues.

The U.S.-based exchange launched a new crypto policy education initiative on Thursday that aims to provide crypto holders with information about candidates, the regulatory landscape for crypto and the greater political process. It also includes a voter registration tool.

Coinbase, which has repeatedly come under fire for selling crypto surveillance tools and data to U.S. government agencies, says its tool does not collect or store data provided during the registration process.

In a blog post published Thursday, Coinbase’s Chief Policy Officer Faryar Shirzad wrote that the November midterm elections will be the “most important in crypto’s history,” as lawmakers decide how to regulate the growing industry.

“Being informed and being engaged are mission critical for the future of crypto,” Shirzad wrote.

U.S. lawmakers are currently considering several key pieces of legislation that could shape the future of crypto, including settling the long-standing debate over which federal regulator should oversee the market.

Coinbase has long been active on Capitol Hill, but turned up the heat on its lobbying efforts earlier this year. In February, the publicly-traded exchange filed to form a political action committee (PAC), the Coinbase Innovation PAC. An earlier attempt by Coinbase to form a PAC in 2018 was scuttled after 10 months without raising any money.

Other major industry players, including Skybridge Capital’s Anthony Scaramucci and FTX CEO Sam Bankman-Fried, have also been active in the election cycle, forming PACs and backing crypto-friendly candidates across the country (to varying degrees of success).

A number of Congressional candidates backed by crypto donors have so far failed to advance to the November general election.