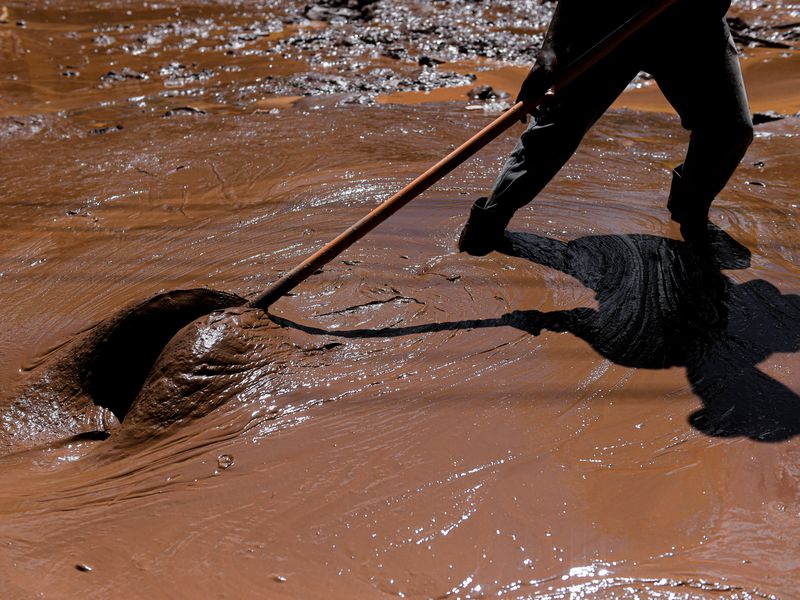 Risk markets declined across the board after inflation data disappointed investors on Tuesday.

Economic Calendar: Today’s inflation figures will get the bulk of attention across markets. The larger-than-expected inflation number sets up an aggressive interest rate hike during the Federal Open Market Committee’s (FOMC) next meeting

The CME FedWatch Tool, which is used to evaluate the probabilities of FOMC rate moves, now forecasts an 82% probability that rates will increase by 75 basis points (down from 91%), during the upcoming Fed meeting.

U.S. Equities: Traditional equities markets were down, with the Dow Jones Industrial Average (DJIA) and S&P 500, down 3.9% and 4.3%, respectively. The tech-heavy Nasdaq composite declined 5.3% and is on track for its worst period since May 2020

Commodities: The price of crude oil fell 0.2% while that of natural gas increased 1.9%. Despite being viewed as a traditional safe haven asset, gold fell 1.5%. Copper prices declined 2.2%

Altcoins were down. The Polygon blockchain’s MATIC declined 8% while Polkadot’s DOT and Avalanche’s AVAX fell 7% and 10%, respectively.

There’s little confusion around what occurred in crypto and traditional markets Tuesday. The 8.3% inflation figure disappointed investors across the board, the odds increased that the Federal Reserve will continue its hawkish pace of interest rate hikes and assets sold off as a result.

As highlighted in an earlier CoinDesk report, annual inflation slowed from July’s 8.5% reading but was less than expectations of 8.1%. Month over month, inflation figures disappointed as well, given the forecast of a 0.2% decline in prices as opposed to the 0.1% increase that occurred.

Over the past two weeks, Fed officials have reiterated their commitment to quell inflation, which stands near four-decade highs. They now have additional data to support their stance. How investors respond to Fed actions is an evolving theme that may continue to rock already volatile asset markets.

Investor expectations for a 75 basis point increase have remained consistently high and are likely to continue at that level until the FOMC meets Sept. 21, even if the possibility of a 100 basis point hike was floated Tuesday.

Both BTC and ETH’s hourly charts highlight the sharp sell-off during the 12:00 UTC hour. Both assets moved into oversold territory when using the Relative Strength Index (RSI) as a measuring stick for price momentum as well. A distinction between the two assets is the bid that ETH seemed to catch during the 15:00 UTC hour, which accelerated in subsequent hours. 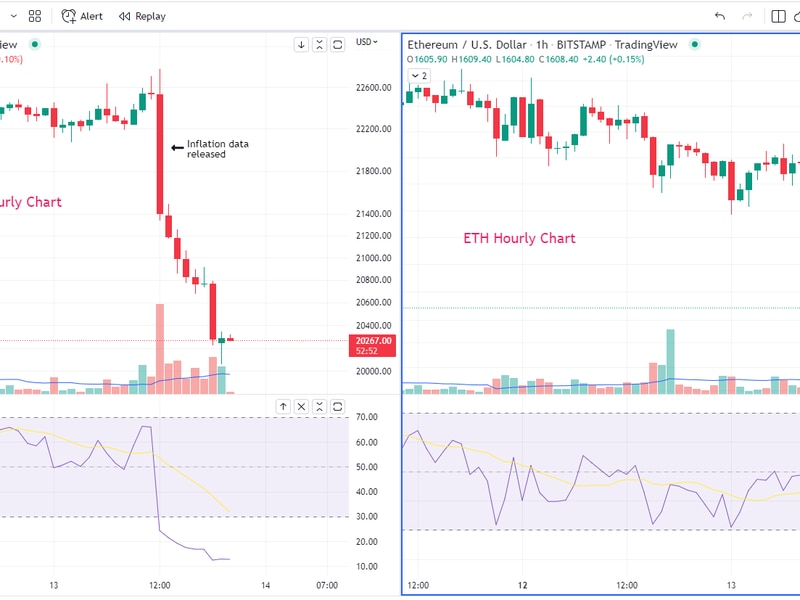 In Monday’s Market Wrap the divergent catalysts for BTC and ETH were mentioned. Where BTC appears completely tied to macroeconomic news, ETH prices are also tied to this week’s Merge, which is expected to occur within the next 24-48 hours.

The pause and reversal of ETH prices shown below likely implies optimism ahead of the Merge, as traders see an opportunity to accumulate oversold ETH.

BTC prices paused their decline during the 17:00 UTC hour, but on what appears to be far less conviction than ETH’s reversal.