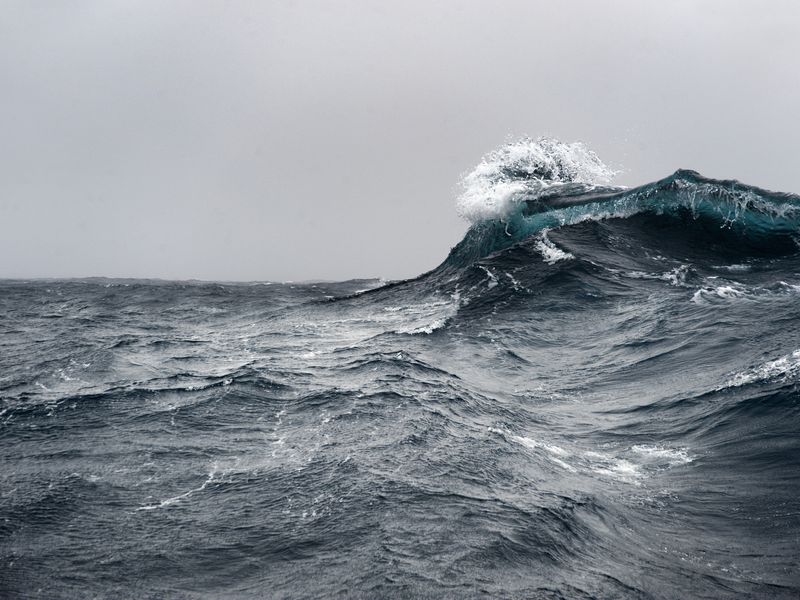 Insights: The founder of the Waves protocol defended the decision to add the SURF token to a basket supporting the USDN stablecoin.

Bitcoin Burrows in Above $20K

Fresh from its Tuesday rally back above the psychologically important $20,000 threshold, bitcoin burrowed in.

The largest cryptocurrency in market value was recently trading at roughly $20,100, up about a percentage point over the past 24 hours as investors looked ahead nervously after a month to forget in crypto markets. BTC has fallen more than 13% in August and nearly 20% since the middle of the month when a surge steeped in the false hopes of a return to more moderate monetary policy (since dashed by Federal Reserve Chair Jerome Powell in Jackson Hole, Wyoming) sent the price up near $25,000.

The Fed is "talking tough, tough, tough, which is why stocks and cryptos have been falling," Glen Goodman, crypto consultant at exchange eToro, told CoinDesk TV's "First Mover" program.

Ether was recently changing hands at roughly $1,550, also rising more than a percentage point from Tuesday. The second-largest cryptocurrency by market capitalization has dropped 7% in August and more than 20% since mid-month euphoria about the Merge, the Ethereum blockchain's hotly anticipated protocol switch from a proof-of-work to more energy-efficient proof-of-stake sent spurred an ether price spike over $2,000.

Other major altcoins spent much of the day in the green, with LUNA and MATIC both up more than 2% at one point. ADA was recently down 1.3%.

Stocks that have correlated with cryptos for much of the year went a different way on Wednesday, falling for a fourth consecutive day. The tech-focused Nasdaq declined more than 0.5%, while the S&P 500, which has a strong tech component, and Dow Jones Industrial Average (DJIA) tumbled 0.8% and 0.9%, respectively to cap their own devilish month. The Nasdaq and S&P each plunged more than 4% after emerging from bear market territory during August's first week.

Central bankers and others trying to make sense of the confoundingly resilient employment market received some logic in management services firm ADP's August employment report that showed private-sector employers adding an unexpectedly low 132,000 jobs during the month. The total was 60% below the average of the previous three months and offered one of the few recent signs that labor markets may soon be slowing. Still, the reading is unlikely to sway the Federal Reserve from its commitment to boost interest rates aggressively to tame inflation, even at the expense of a continued economic contraction that is frightening asset markets.

In crypto news, South Korean customs authorities on Tuesday arrested 16 people involved in illegal foreign exchange transactions, reported local outlet Newsis. And as CoinDesk's Danny Nelson reported, Credit Suisse held tens of millions of dollars in “digital assets” for its clients at the end of the second quarter, according to regulatory filings. The disclosure underscored how traditional financial institutions are inching toward crypto custody.

eToro's Goodman called September "the cruelest month for stock markets" going back to the 1950s, noting cryptos' recent link to equity markets, and he also highlighted bearish sentiment on Twitter about the coming month. But summoning his inner contrarian, he added that he couldn't "help but think the opposite."

"Looking at the stock and the crypto charts that are correlated to them, they look bearish, but it's not a predetermined conclusion that we will definitely get down to that level and then go even lower," he said. "There is hope that stocks and bonds, [and] cryptos could turn around."

Is USDN Like UST? No, Says Waves Founder Sasha Ivanov

Waves founder Sasha Ivanov dismissed criticism of the protocol’s recent decision to add the new SURF token as part of the basket of tokens that backs its USDN stablecoin, which some detractors say has “created a model similar to UST,” referring to Terra's algorithmic stablecoin.

Ivanov explained to CoinDesk over several Telegram messages on Wednesday that USDN’s model involves four tokens in its mechanics – WAVES, NSBT, USDN itself and SURF – with all of them supplying liquidity to, and helping USDN retain, its $1 peg.

“UST was backed by nothing – LUNA [the token] was burned to create UST. It was never intended to be backed up by anything other than the algorithm,” Ivanov explained. “The opposite is true of USDN. WAVES tokens are held in a smart contract to collateralize USDN.”

Algorithmic stablecoins are backed by a basket of tokens and rely on smart contracts and arbitrage mechanisms to hold their peg to a chosen currency, usually U.S. dollars. In USDN’s case, users must lock in WAVES in Neutrino's smart contracts to mint USDN, while USDN redemptions have the opposite effect of destroying the stablecoin to unlock WAVES supply.

Sasha Ivanov has previously raised these concerns. "We have to work on the algorithm. And what happens now is kind of inevitable, which is just a test of the whole system,” he said on CoinDesk TV’s “First Mover” program in June.

The concerns resurfaced last week as USDN lost its peg, which concerned some analysts.

“Even though all purchases made with this token add to USDN backing, the move created a model similar to UST by relying on a secondary token to support the stablecoin's peg by providing liquidity,” Iakov Levin, CEO of crypto yield platform Midas, explained in a message to CoinDesk.

Levin further stated that market participants were likely removing liquidity from decentralized finance (DeFi) platforms ahead of the upcoming Ethereum Merge upgrade. “No one is keen on supporting the peg of another algorithmic stablecoin. This model potentially leads to dire consequences and extreme fragility of the peg,” he told CoinDesk in Telegram messages.

Ivanov, however, pinned last week’s USDN deppeging to Vires Finance, a lending platform built on Waves. The depeg has happened due to the repayment plan implemented by the community vote on Vires finance,” Ivanov said. “$1 million USDN is released daily in repayment to Vires depositors, and it seems that amount is too high to be sustainable for the peg of USDN.”

Vires previously faced scrutiny from market participants in April, when several Twitter handles accused the Waves team of manipulating the price of its native token through the platform. Ivanov dismissed the allegations at the time, accusing Alameda Research of manipulating waves prices and running a hostile media campaign to trigger a panic selling.

Meanwhile, the possibility of depegged stablecoins remains a worry among the crypto community, a part of which is plagued by fears of a UST-like repeat months after the Terra ecosystem crashed and wiped off some $28 billion in value from related applications.

Has Bitcoin Hit a Floor? Blockchain Data and the Ethereum Merge

More Volatility Ahead for Bitcoin as Federal Reserve Keeps Quiet: BTC traders will have to be data dependent, just like the central bank.

Bitcoin Miners' Profitability May Narrow as Mining Difficulty Hits Second-Biggest Increase This Year: Bitcoin miners are stepping up production as the weather cools down, so the network automatically adjusted to increase the difficulty of mining a block.

A16z Wants to Standardize NFTs by Giving You a License for Your Token: Andreessen Horowitz's crypto arm is releasing a free licensing system, aiming to help the NFT sector fulfill its "economic potential."

The Sex Club, Tokenized: Daniel Saynt’s Manhattan sex club has plans for NFT membership and its own NSFW token. This piece is part of CoinDesk's Sin Week.

Other voices: The Potential Role of Standards in Supporting the Growth of Distributed Ledger Technologies/Blockchain (Rand)

"What are 'non-crypto-based blockchains'" (CoinDesk technology reporter Sam Kessler) ... "NEW: Today, we’re suing Michael Saylor – a billionaire tech executive who has lived in the [District of Columbia] for more than a decade but has never paid any D.C. income taxes – for tax fraud." (Washington, D.C., Attorney General Karl Racine)