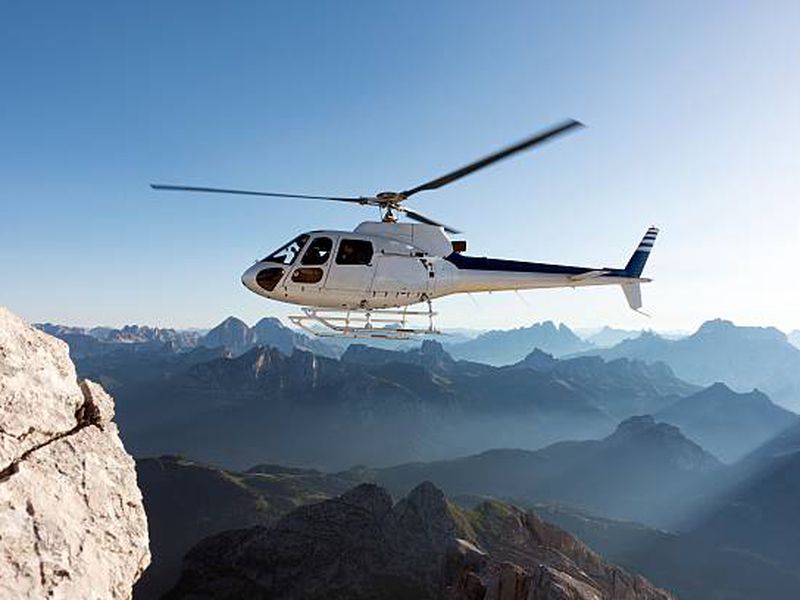 Prices: Bitcoin catches its breath after its Friday plunge.

Insights: India's crypto industry has faced a challenging 2022. What comes next?

Cryptos exhaled over the weekend after Friday's steep price plunge as investors continued to chew over the latest inflation data and ongoing macroeconomic uncertainty.

Bitcoin was recently trading at about $21,500, up more than 1% over the past 24 hours. The largest cryptocurrency by market capitalization plunged by more than 9% at one point Friday following an unexpectedly disappointing inflation report from Germany, Europe's largest economy by gross domestic product, and renewed concerns about the pace of interest rate hikes in the U.S. Declines in the U.S. housing market also left already anxious investors further on-edge.

"Bitcoin's failure to breach $25,000 has capped its rally and it appears that macroeconomic concerns continue to affect markets," Joe DiPasquale, the CEO of crypto asset manager BitBull Capital wrote in an email to CoinDesk.

But DiPasquale added optimistically "that healthy consolidation leading into September will be a positive sign for the bulls, especially if Bitcoin does not create a new low below $18,000."

Ether, the second largest crypto by market value, was recently trading slightly above $1,600, a more than 2% gain over the previous 24 hours, although far removed from the $2,000 threshold it held a week ago. Investors' enthusiasm for next month's scheduled Merge, the Ethereum blockchain's shift in protocol from proof-of-work to faster, more energy efficient proof-of-stake, has cooled – at least temporaily. Other major altcoins spent Sunday well in the green with RVN and BNB recently up over 9% and 6%, respectively. SHIB's recent roller coaster ride continued with the popular meme coin rising nearly 5% at one point.

Cryptos mostly on, but sometimes off correlation with stocks was on Friday as major indexes tumbled with the tech-focused Nasdaq and S&P 500 dropping 2% and 1.2%, respectively. Stocks had risen four straight weeks before succumbing to investors' fresh unease about inflation's staying power and monetary policy next steps. Powell may try to spin the inflation narrative positively, as CoinDesk's Helene Braun wrote.

In a weekend op-ed to The Wall Street Journal, SEC chair Gary Gensler renewed his call for crypto firms to "comply with securities law." Gensler highlighted crypto lending platforms' freezing of accounts and recent bankruptcies that have left investors beholden to legal proceedings. "There’s no reason to treat the crypto market differently from the rest of the capital markets just because it uses a different technology," he wrote.

On Monday, the Australian government announces plans to "token map" the country's digital asset sector as an initial step in crafting new regulation for cryptos, according to multiple reports. Australia would become the first country to catalog the number, type and underlying code of available cryptos as part of a wider effort to protect investors. More than one million people in the country have interacted with cryptos since 2018, according to the Australian tax office.

BitBull's DiPasquale suggested that bitcoin could fall further, depending on "hints from the Fed" on interest rates. Merge sentiment could also affect investors' attitudes.

In case BTC does fall below the previous low, we could be looking at further downside, potentially toward the $15,000 range," he wrote. "However, as long as Bitcoin stays between $18,000 - $20,000, bulls should gain confidence."

That reality has taken shape, although higher taxes have hardly been the only cause. The industry now faces the same combination of increased regulatory scrutiny, falling prices and special circumstances that have plagued digital assets worldwide. How this scenario evolves in the world's fifth-largest economy by gross domestic product (GDP) may offer guidance for other countries facing similar fine balancing acts in protecting consumers while nurturing crypto innovation.

For now, the landscape has shifted in favor of a more restrictive environment. Earlier this month, India's Enforcement Directorate (ED), a government agency that is responsible for probing financial crimes, froze assets worth 3.7 billion rupees ($46.4 million) at crypto exchange Vauld. ED said that it is interested in wallets held by Flipvolt – Vauld's legal entity in India – which contain "proceeds of crime derived from predatory lending practices" that it said were subsequently transferred abroad. The ED accused the company of aiding that process via lax checks.

In July, the crypto lender, which is backed by billionaire Peter Thiel, filed for bankruptcy protection from its Singaporean creditors. The filing came after Vauld suspended withdrawals on its platform, following a market downturn that led to significant withdrawals.

Vauld's latest difficulties roughly coincide with ED's raid of properties related to Sameer Mhatre, a director of WazirX, a Mumbai-based, trading platform that authorities said had "actively assisted 16 fintech companies in laundering the proceeds of crime using the crypto route." The government has frozen $8.1 million in funds held by WazirX. ED has been investigating several fintech companies over alleged fraud on instant loan apps, which are apps that make short-term loans. Separately, WazirX is itself the subject of investigation by India's Ministry of Finance under the Foreign Exchange Management Act (FEMA), as CoinDesk also reported.

And the Blockchain and Crypto Assets Council (BACC), the only advocacy body representing the interests of India's crypto industry, was disbanded by its parent organization, the Internet and Mobile Association of India (IAMAI).

In late March, Parliament passed a controversial proposal that imposed a 30% capital gains tax on crypto transactions and 1% tax deducted at source (TDS) and on crypto gifts without allowing for deductions on losses. The taxes went into effect on April 1 and July 1, respectively.

In a March interview with CoinDesk that focused on the new tax, WazirX CEO Nischal Shetty said defiantly that "there will be periods of pain."

He added presciently: "Crypto is a technology that will survive no matter what. It's just about "how fast do we want as a nation to grow in this sector?"

Crypto Lender Hodlnaut Faces Singapore Police ‘Actions’ and Job Cuts: The firm, which is the latest in the crypto world to freeze withdrawals, said it is engaged in “proceedings” with authorities.

Crypto Lender Celsius' Collapse Into Bankruptcy Should Be Probed, US Says: Some of the highest-profile and controversial bankruptcies in history, including Enron's and Lehman Brothers', have included the appointment of an independent examiner.

New Auditor for Stablecoin Issuer Tether Confirms Slashing of Commercial Paper Holdings: BDO Italia said the holdings fell 58% to $8.5 billion at the end of the most recent quarter.

In Crypto, Base Layer Security Isn’t Enough: Blockchains are only as secure as the applications they run.

Other voices: They Lost Crypto in the Crash. They’re Trying to Get It Back. (The New York Times)

Instead, any reflection on Terra – whose controversial tactics continue to run rampant throughout decentralized finance (DeFi) – was conspicuously missing from the KBW agenda. In place of Terra-centered soul-searching were humdrum discussions around GameFi, NFTs (non-fungible tokens) and the future of DeFi. The one-time Korean DeFi darling – ever the elephant in the room – was taboo. Altogether, the events in Seoul left the impression of an image-conscious industry reluctant to learn from its mistakes or wade into controversy. (CoinDesk reporter Sam Kessler) ... "Now that I've had some time to reflect on the last 48 hours, I'd like to say a few things. First, the backbone of Cardano as a useful protocol is the SPO community. It's been a rough road for everyone over the last few years given that the infrastructure needs and experiences (1/" (Blockchain entrepreneur Charles Hoskinson)