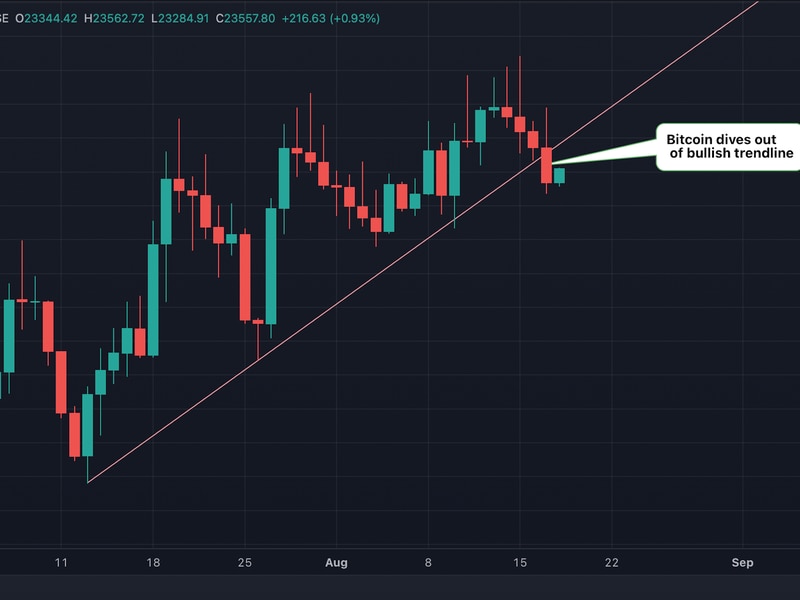 While the tightening may end next year, as traders predict, the timing of renewed liquidity easing is unclear. That could cap the upside in risk assets.

"The Fed rate hike in September and the uncertainty about by the ETH merge [stemming from possibility of a chain split] will further suppress investors' bullish expectations," Ardern said.

Some observers, including former Fed trader Joseph Wang, read the minutes as somewhat less hawkish because the transcript revealed concerns about overdoing tightening to contain inflation. The also said policymakers judged it would be appropriate to slow rate hikes at some point. It remains to be seen if markets agree with Wang's assessment and reverse Wednesday's losses.

Bitcoin traded near $23,500 at press time, indicating a slight recovery from Wednesday's low of $23,180. However, the cryptocurrency remains well below the former-support-turned-resistance level of the rising trendline.