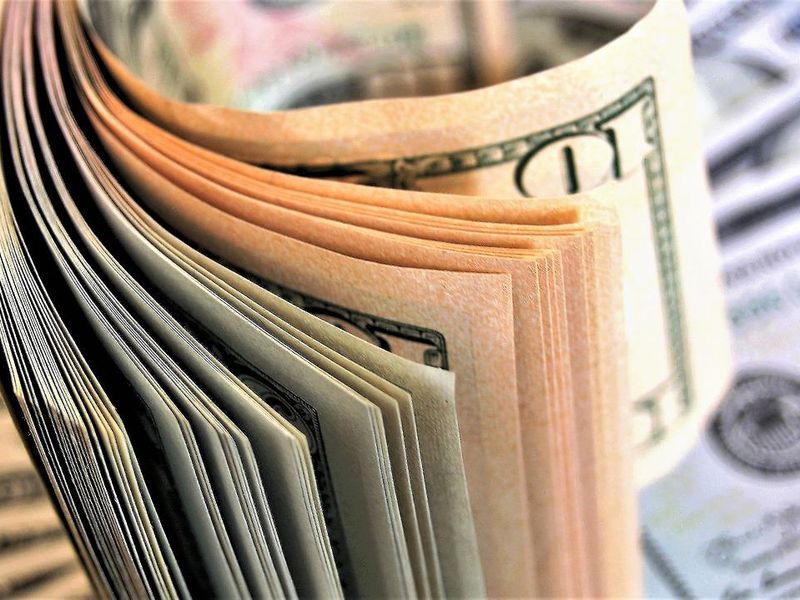 Bitcoin (BTC) jumped to a three-week high early on Tuesday, tracking continued weakness in the U.S. dollar. However, it may be too early for BTC devotees to throw caution to the wind as some investment banks expect the greenback to regain its mojo soon.

The leading cryptocurrency rose to $22,600 during Asian trading hours, the highest since Aug. 19, representing a 21% gain in seven days, according to CoinDesk data.

The dollar index, which tracks the greenback's value against major fiat currencies, was trading lower at around 108. The index peaked above 110 last week as the European Central Bank rate hike put a floor under the euro and inflation expectations fell, offering relief to risk assets, including bitcoin.

"We see the current market moves to be largely driven by the pullback in the dollar index as well as position unwinds ahead of the Ethereum Merge," founder and CEO of quant-driven trading firm TDX Strategies,Dick Lo said.

However, the dollar's pullback could be fleeting, according to ING's Global Head of Markets, Chris Turner.

"With the Fed expected to hike another 75 basis points next week and introduce new quarterly projections, we doubt much momentum will be behind a dollar correction," Turner wrote in Monday's edition of the FX market update. "We would be favoring a move back above 110.00 next week."

Bitcoin tends to move in the opposite direction of the dollar. The cryptocurrency's market value has halved to $427 billion this year, with the DXY rising over 10% in response to the U.S. Federal Reserve's (Fed) rapid-fire rate hikes. The Fed has raised rates by 225 basis points this year, lifting the benchmark borrowing cost to 2.25%-2.5%.

Turner said the money markets are now pricing a 4% interest rate for next spring, adding that Tuesday's U.S. consumer price index (CPI) data could show core inflation remained sticky in August. Core inflation strips out the volatile food and energy component, which has cooled in the past few weeks.

So a sticky core figure would mean underlying inflation continues to run hot, pouring cold water over the optimism generated by the recent slide in market-based measures of inflation expectations and perhaps halt the DXY's decline.

Multi-national investment bank UBS (UBS) expects the dollar to remain well supported in the near term.

"We think investors should brace for continued dollar strength over coming months," the bank's strategists led by CIO of global wealth management, Mark Haefele, wrote in a client note published on Sept. 9.

The team said the combination of a weaker growth outlook for the Eurozone and China and relatively robust U.S. economic data is likely to keep the DXY in demand.

According to UBS, the Fed will look for a three-month run of low month-over-month price rises – along with signs that the labor market is cooling – before softening its tone.

While bitcoin has chalked up a double-digit rally in seven days, the broader downtrend, represented by trendlines connecting the November 2021 and March 2022 highs, remains intact. 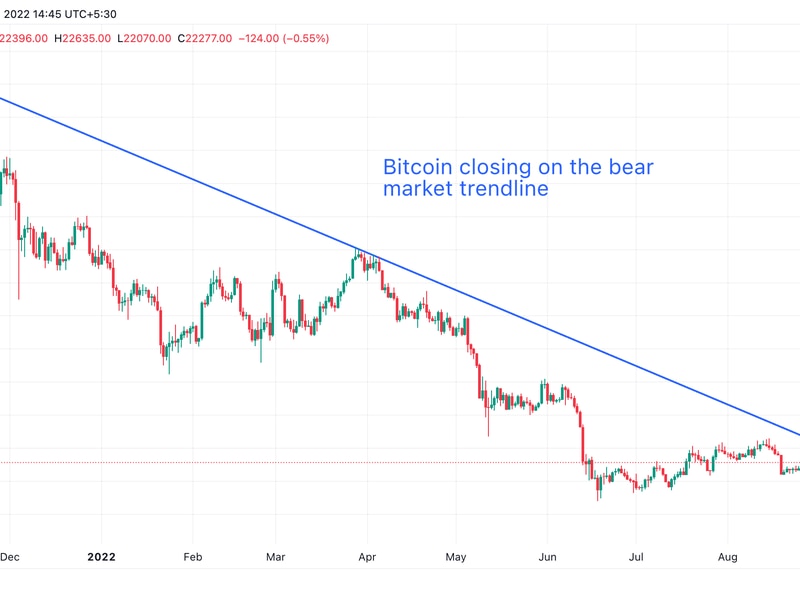 However, TDX's Lo prefers selling on the rise. "The ongoing bounce may be extended to $23,700, but we are sellers into this rally and looking at downside option strategies," Lo said.