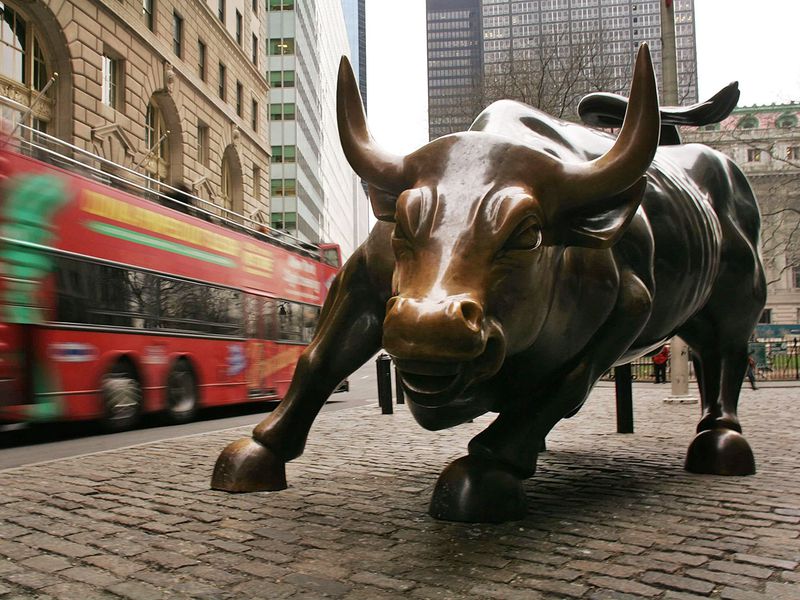 A new cryptocurrency exchange forged by some of Wall Street's biggest players has ambitious plans to dramatically reduce how much traders pay to buy and sell digital assets. It will initially focus on only a "handful" of tokens including bitcoin (BTC) that its lawyers are confident are not securities – thus avoiding a regulatory drama still playing out in Washington, D.C.

The firm, EDX Markets, is backed by the two largest U.S. retail brokers, Charles Schwab (SCHW) and Fidelity Investments (through its digital-assets arm); Citadel Securities and Virtu Financial (VIRT), two of the biggest trading firms in U.S. stocks; and investment firms Paradigm and Sequoia Capital. EDX expects others to join the group.

It's seeking to nudge crypto toward the low costs seen in U.S. stocks, EDX CEO Jamil Nazarali said in an interview Tuesday. He gave a theoretical example of an investor seeking to buy $5,000 worth of an S&P 500 ETF, whose cost for that trade – as measured by the cut, known as the spread, an intermediary would take to complete the transaction – would likely be a few pennies. A similar-sized BTC trade might currently cost $25, Nazarali said.

"This market structure costs individual investors a lot of money," Nazarali said. "We want to bring a lot of those efficiencies [seen in stocks] to the digital marketplace."

U.S. regulators are in the process of sorting out whether some crypto assets are actually securities, and thus deserving of more oversight. EDX is sidestepping that battle. At launch, it will only offer "a handful of tokens that we feel good are not securities," Nazarali said. That includes bitcoin. Nazarali, who declined to name others or quantify the exact number of tokens, said EDX will open for a pilot round of trading in November, and officially launch in January.

The retail brokers in EDX's consortium of backers will bring order flow to the exchange, and Citadel Securities (Nazarali's former employer), Virtu and potentially other market makers will execute them, a role they're deeply familiar with from equities. Competition among market makers will be part of what leads to lower trading costs for customers, Nazarali said.

So will, he added, bringing over some of the accoutrements professional trading firms like Citadel Securities and Virtu rely on in stocks and other conventional markets.

The EDX exchange will be based in the NY4 data center in Secaucus, N.J., the East Coast hub for almost all trading in U.S. financial markets, besides the New York Stock Exchange and Nasdaq, which operate out of data centers elsewhere in the state.

That opens up the possibility of colocation – jargon for allowing exchange customers to house their computers inside the same data center. Crypto exchanges have historically been based on cloud platforms, which makes the physical location of an exchange – and thus getting the fastest access to it – harder to pin down.

The New Jersey location also stands out because major trading firms like Citadel Securities and Virtu use fast, microwave-communications networks connecting NY4 to another important colocation-offering exchange elsewhere in the U.S.: CME Group's (CME), which is housed in a data center in Aurora, Ill., a few dozen miles outside Chicago. CME lists bitcoin futures contracts, giving pro traders on EDX a fairly obvious place to offset risk if they're trading BTC itself.

Robinhood and other major U.S. retail brokers not presently listed among EDX's backers outsource crypto trades to third parties for execution, including Jump Crypto, the digital-asset division of a trading firm Citadel Securities and Virtu compete with in traditional markets.

Nazarali said he would love to lure that volume to EDX. "We want all of that to come on exchange and we think that that'll be good for the retail broker-dealers," he said. "We want Jump to be a big market maker on EDX."

As for why he made the leap from traditional finance to crypto – he had been a senior executive at Citadel Securities – Nazarali said the energy in the ecosystem was a draw. "There's a lot of younger people. There's a lot of dynamism, and it's quite energizing." And he felt like the old space where he roamed, stocks, had gotten a bit repetitive, with the same debates popping up over and over, whereas crypto is now a more interesting problem to tackle.

"The longer I stayed in equities, the more it felt like I was watching the same movie over and over again," he said. "You speak on panels. You listen to panels. It's all the same things that were discussed five years ago, 10 years ago."